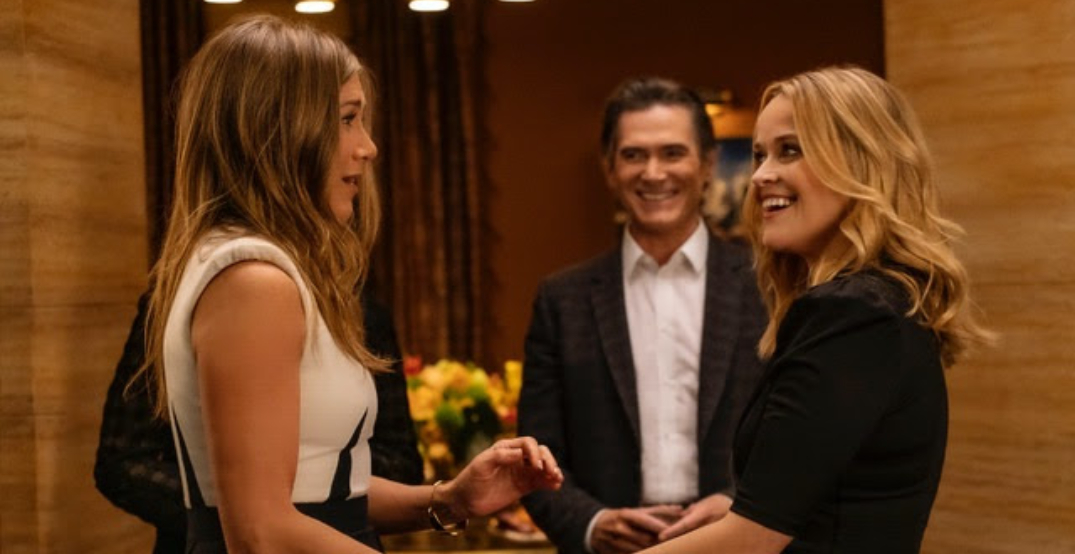 In case you need to add new titles to your streaming radar, Apple TV+ just launched the new movies and shows coming to Canada this September.

Apple TV+ is an ad-free video-on-demand streaming subscription from the fine folks at Apple Inc. The platform debuted in Canada in November 2019.

For all you Apple TVers out there, there are only three new titles dropping on the platform in September, but what else do you need us to say other than this: Jennifer Aniston.

Come From Away – September 10 (Global Premiere)

Come From Away is the filmed version of the award-winning Broadway musical. It tells the story of 7,000 people stranded in the small town of Gander, Newfoundland, after all flights into the US were grounded on September 11, 2001.

As the people of Newfoundland graciously welcome the “come from aways” into their community in the aftermath, the passengers and locals alike process what’s happened while finding love, laughter, and new hope in the unlikely and lasting bonds that they forge.

Picking up after the explosive events of season one, season two finds the Morning Show team emerging from the wreckage of Alex (Aniston) and Bradley’s (Witherspoon) actions. With a new UBA and a world in flux, identity is everything and the chasm between who we present as and who we really are come into play.

The Morning Show returns for season two, with the first episode on Friday, September 17, 2021, followed by new episodes weekly on Apple TV+.

Foundation will debut globally on Apple TV+ on September 24, 2021, with the first three episodes, followed by one new episode weekly every Friday.