It is Friday, and you know what that means… NEW MOVIES! This weeks new movie reviews include: Texas Chainsaw 3D, Promised Land. 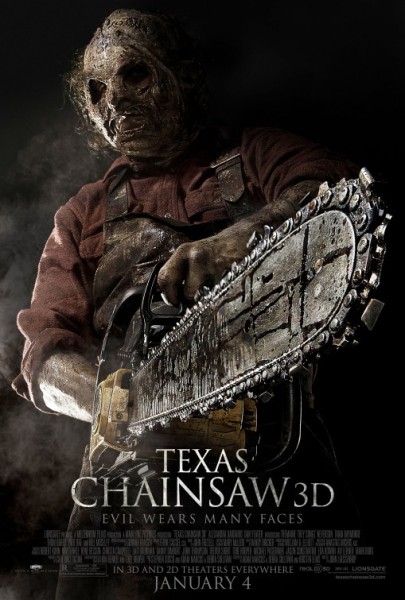 The story picks up where the 1974 original film ends; the citizens of Newt Texas decide to burn down the farm house of the Sawyer family for their role in aiding Jeb Sawyer (also known as Leatherface) in countless murders. The entire family is presumed dead with the exception of an infant, Heather, who is placed with an adoptive family. Twenty years later, Heather learns of her adoption when a lawyer informs her that her long lost grandmother has left her an inheritance. That’s when Heather and her friends decide to travel through Texas to pick up her inheritance, which, unknown to her, includes her cousin — Leatherface.

To save you 95-minutes of your life I will tell you right now, this movie is not worth spending your hard earned cash on. “3D” or not, Texas Chainsaw 3D is not reinventing the wheel. It is typical lazy horror film writing at its finest: I’m talking the same weak script they always use to get someone to go someplace that they don’t need to be; “let’s go back and check out the abandoned small town, or creepy farm, or haunted house, or whatever else people feel like checking out for no good reason.”

If you are a fan of the franchise, you might be disappointed. If you are a horror fan in general, it’s a basic scream flick, nothing new, just one dead girl short of a grind film. With a bad cast and poor script, this film ruins the credibility of a franchise we all knew and loved. Don’t waste your money — I give Texas Chainsaw 3D a 2/10. 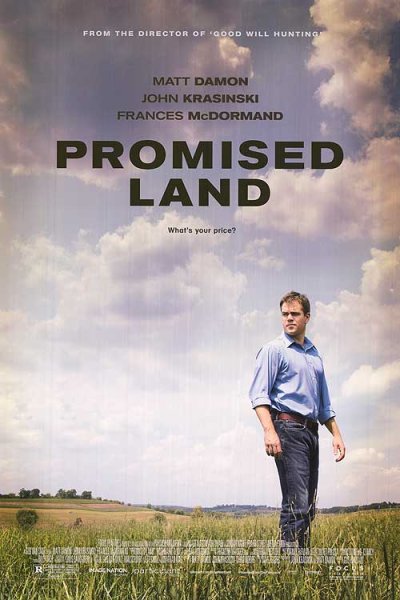 What seems like an easy job for the duo becomes complicated by the objection of a respected schoolteacher (Hal Holbrook) with support from a grassroots campaign led by another man (John Krasinski), as well as the interest of a local woman (Rosemarie DeWitt).

The film starts off with a lot of potential as it explores America at the crossroads where big business and the strength of small-town community converge. However, this movie train derails quickly – and despite what people may think about Matt Damon and his acting (though decent in this film), it’s not his acting that ruins the film, but the weak “Hollywood twists”. The twists completely undermines any “message” the film is trying to deliver (the dangers of hydrofracking — the controversial process by which natural gas is extracted from the ground) — and comes off as something that would never, ever happen in a movie that is supposed to be realistic.

Going into this film I had high hopes. I hoped that this would be the first sleeper in 2013.  But despite an attempt to present something resembling a balanced approach to a debatable issue (whether the undeniable economic benefits of fracking outweigh the potential ecological issues), It turns Hollywood fast and ends up being a poor excuse of a film with no real backbone.

Unfortunately Promised Land failed to keep its promise and just couldn’t keep it together long enough for us to care. In the end it just leaves us with a cheap and poorly motivated climax. Don’t be fooled by the previews, it’s not really a comedy (or wasn’t supposed to be) as the previews might portray — and even though they’re saying it is “this years best film” — well, that isn’t hard when it’s the first week of the new year.  Overall I give Promised Land a disappointing  4/10.