It is Friday, and you know what that means… NEW MOVIES! This weeks new movie reviews include: Killing Them Softly, Hitchcock, Anna Karenina. 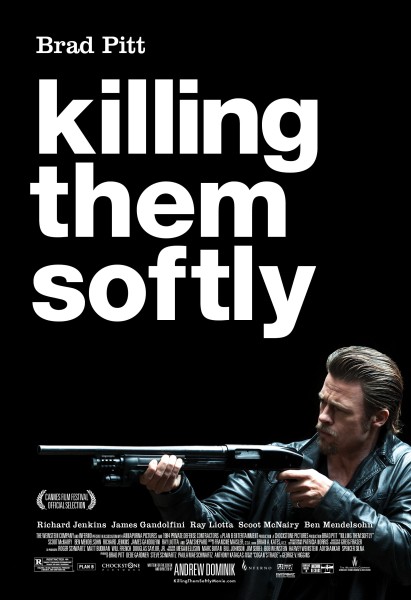 It follows three dumb guys who think they’re smart and come up with a “brilliant” idea to rob a Mob protected card game, which in turn causes the local criminal economy to collapse. Enters Mr. Pitt who plays Jackie Cogan, a mob enforcer who is hired to track them down and restore order.

At first glance Killing Them Softly could easily pass for a Guy Ritchie film with its lay-it-out robbery story and gritty underbelly gang violence. It reminded me a little of “Lock Stock and Two Smoking Barrels.” However, unlike Ritchie, that’s where the resemblances end. Director Andrew Dominik (known for Chopper) takes the art of filming to another level by developing his characters more so than the story — and it shows.

The acting is superb, they all play their parts perfectly and no one disappoints. The dialogue is sharp as characters desperately try talking their way through or out of increasingly sticky situations. The story itself is decent, but slow paced. Sure there is some action, and when there is action it’s good and packs a punch. The killings are gruesome, yet it’s the character development and emotional investment that really brings it home. 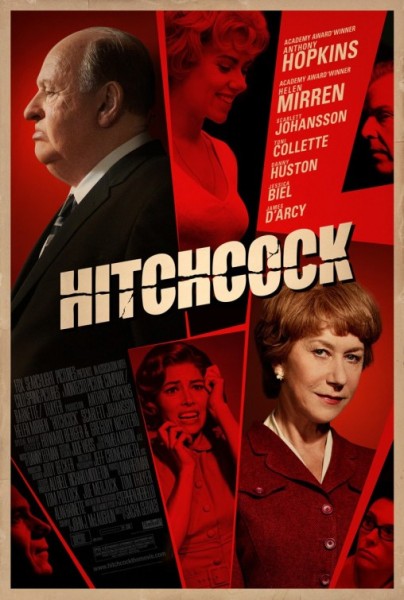 Hitchcock (89min)
Hitchcock is the new “biographical” drama directed by Sacha Gervasi and based on Stephen Rebello’s book “Alfred Hitchcock and the Making of Psycho.” I use quotations for “biographical” because the film is pretty much fiction and full of “Hollywood Inspiration”.

It centers around the relationship between director Alfred Hitchcock and his wife Alma Reville during the making of one of his most famous films, Psycho, and how he got the inspiration for Norman Bates from real-life Wisconsin murderer Ed Gein.

Going into the film I had high expectations. Hitchcock is arguably one of the best directors of his time, however the film doesn’t portray any of that – instead it feels more like an exploitation film, something put together with his name in hopes to grab the attention of the Academy for awards season.

The actors are seasoned but can’t seem to get-it-together enough to portray any depth to their characters. The storyline it-self is weak, although it sounds intriguing, Hitchcock fans will learn next to nothing about his work from this film; in fact, we don’t see a single frame of “Psycho” or any other Hitchcock film.

You would expect more from Hitchcock as it’s portrayed to be an “artsy” film, but it just doesn’t live up to his name. I give Hitchcock a 4/10 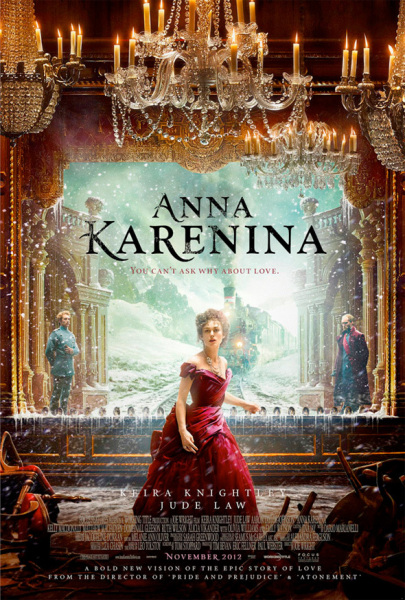 Anna Karenina (130min)
Anna Karenina is a classic remake directed by Joe Wright based on the novel of the same name from Leo Tolstoy. The film stars Keira Knightley, Jude Law, and Aaron Taylor-Johnson. Set in the late 19th century Russia, the film explores the capacity for love that surges through the human heart, from the passion between adulterers to the bond between a mother and her children.

It all starts when Anna leaves St. Petersburg, her husband Karenin (Jude Law), and their young son to convince her distraught, ever-pregnant sister-in-law Dolly (Kelly Macdonald) in Moscow to once again forgive Anna’s blithely unfaithful brother, Stepan Oblonsky (Matthew Macfadyen), for his latest fling. On the way she meets the jaded Countess Vronsky (Olivia Williams), on the train who then introduces Anna to her son, the dashing officer Count Alexei Vronsky (Aaron Taylor-Johnson), who is instantly smitten.

His pursuit of her is so relentless that she can barely catch her breath, and turns scandalously public fast. His brazen behavior at a ball embarrasses Dolly’s younger sister Kitty (Alicia Vikander), who had flattered herself that the count was her suitor, so she’s in no mood to accept a proposal of marriage from Oblonsky’s serious-minded best friend, Konstantin Levin (Domhnall Gleeson).

This film version paints the lovers as selfish and self-absorbed types who refuse to recognize what their affair is doing to the people around them. Though the cast is well-acted and the film visually pleasing, the couple is not all that likeable which makes it difficult to really care about their situation and doesn’t pull at our heart strings as well as the novel did or past interpretations have.

Knightley’s twitchy performance compares favourably with Tolstoy’s Anna, but even with all of Knightley’s flamboyant costume changes and her tormented conflict between her obligations to her husband — the Downton Abbey-esque drama gets tiresome. Nevertheless this remake wisely keeps intact Tolstoy’s great dialogue, and adds a bit of spice with its intense railroad scene in Moscow between the soon-to-be lovers — one that was not in the book.

Overall the film keeps reminding us that it’s just about the love affair instead of running with Tolstoy’s many other themes, which would have made the film probably impossible to follow. I give Anna Karenina a 6/10