It is Friday, and you know what that means… NEW MOVIES! This weeks new movie reviews include: Broken City, The Last Stand, Mama, On The Road. 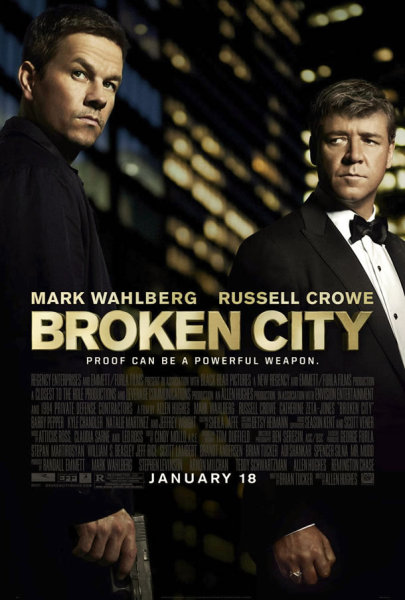 The synopsis: New York City police officer Billy Taggart (Mark Wahlberg) is involved in a controversial shooting, but he is kept out of jail by Mayor Hostetler (Russell Crowe). Taggart reforms himself into a private investigator, though he struggles to make money. The mayor offers him $50,000 to investigate his wife Cathleen (Catherine Zeta-Jones) to determine if she is having an affair. As a result of the investigation, Taggart learns that there is more to the mayor than meets the eye

The low down: Not well scripted, it feels like they were making things up as they went along, like an old episode of “Who’s Line Is It Anyway”. It had the potential to be a decent suspense thriller, but fails to pull the viewer in. It’s partially because the story just falls off the wagon and drags things out in between the chases and shoot-outs, like the pointless sub-story about Billy and his actress girlfriend, seriously, who cares.

The few twists they do throw at us are so obvious you immediately can figure out where it’s heading. I had high hopes for this film. Seeing top talent slumming in an underwritten, under-thought, under-developed piece of fluff is just sad. 5/10 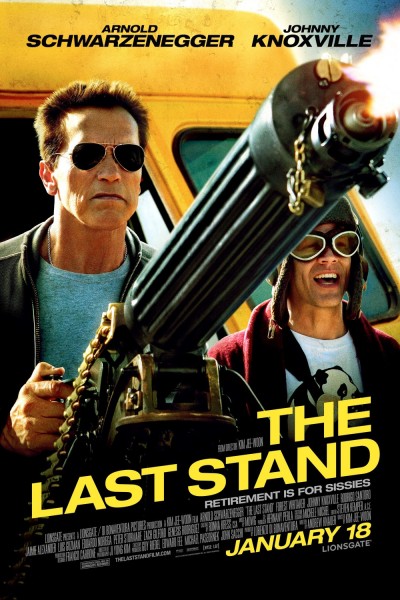 The synopsis: Sheriff Ray Owens (Schwarzenegger) is a man who has resigned himself to a life of fighting what little crime takes place in sleepy border town Sommerton Junction after leaving his LAPD post following a bungled operation that left him wracked with failure and defeat after his partner was crippled.

After spectacular escape from an FBI prisoner convoy, Gabriel Cortez (Eduardo Noriega), the most notorious, wanted drug kingpin in the hemisphere is hurtling toward the border at 200 mph in a specially outfitted car, a Chevrolet Corvette C6 ZR1, with a hostage and a fierce army of gang members. He is headed, it turns out, straight for Summerton Junction, where the whole of U.S. law enforcement will have their last opportunity to make a stand and intercept him before he slips across the border forever. At first reluctant to become involved, and then counted out because of the perceived ineptitude of his small town force, Owens ultimately accepts responsibility for the face off.

The Skinny: The Last Stand was directed by Korean cult-favorite filmmaker Kim Jee-woon, you may not know who he is, but you may have heard of his work, does — The Good, the Bad, the Weird, — ring a bell? Well it should, it’s a great film… more so than this.

The Last Stand attempts to mix violence and humour. Through some points of the film it works – like when Knoxville uses a flare gun as an assault weapon – but they’re far and inbetween. There is a pretty decent cornfield car chase, but that’s pretty much it, and I’m seriously stretching here (does Last Action Hero, ring any bells?) Most of the action sequences are indistinctly shot and choppily edited; it just flips by you like a blur, leaving you with no recollection of what you just saw, much like this film. 2/10 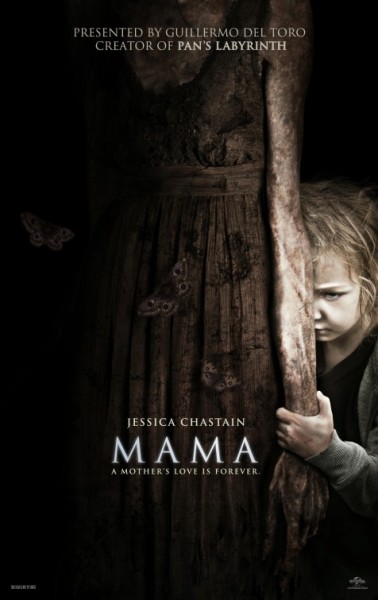 The synopsis: Five years ago, sisters Victoria and Lilly vanished from their suburban neighborhood without a trace. Since then, their Uncle Lucas (Nikolaj Coster-Waldau) and his girlfriend Annabel (Jessica Chastain) have been madly searching for them. But when the kids are found alive in a decrepit cabin, the couple wonders if the girls are the only guests they have welcomed into their home. As Annabel tries to introduce the children to a normal life, she grows convinced of an evil presence in their house with the presence being someone they call their “Mama.”

The just of it: Two little girls who have gone feral during their time in the woods, what can be creepier than that? The acting isn’t as bad as I thought it would be, both little girls do a decent job pulling off creepy while the rest of the cast holds their own.  It could have been worse than it was if they could not live up to the characters, but of course it’s not simply the acting that makes a film, but the writing.

As the creepiness factor quickly washes away the plot moves forward. By the end of the film all of the intriguing and disturbing set-ups fall short. The ending could easily have been one of the most interesting in all of horror film, but instead it turns out to be a film that doesn’t go far enough into its own concept, lacking in direction, with an even weaker overall execution. It’s a shame that such a great concept was wasted. 4/10 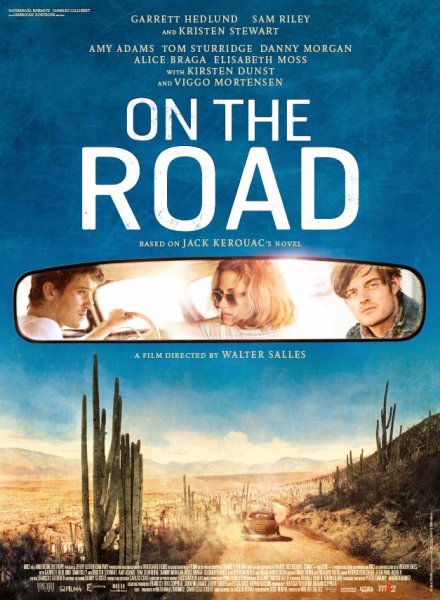 The synopsis: Based on Jack Kerouc’s beloved American novel, On The Road is the story of Sal Paradise, an aspiring New York writer, and Dean Moriarty, a devastatingly charming ex-con, married to the very liberated and seductive Marylou. Sal and Dean bond instantly upon meeting. Determined not to get locked in to a constricted life, the two friends cut their ties and take to the road with Marylou. Thirsting for freedom, the three young people head off in search of the world, of other encounters, and of themselves.

The goods: Despite my hatred towards Kristen Stewart and how I think she is a horrible actress, this film moves past this and actual suffers from what I like to call “the book was better”. Yes, we have all heard it before, but the book was actually better. Kerouac’s novel about wayfaring bohemians hitting the open road is a classic expression of the American dream; but the way it’s done here, it seems more like a time capsule that’s been dug up long past its expiration date. The director tries to approximate Kerouac’s hopped-up prose by shooting the film in jittery jump-cuts, and the actors seem to be careening between scenes rather than inhabiting them. It’s all rather exhausting, as opposed to exhilarating.

Theoretically the film should be able to lift the manic energy from the page to the screen. We hear some of Kerouac’s famous phrases throughout the film, but If anything, it only make us want to return to the book, not to see the film through to its anticlimactic ending. 2/10