A brand new meteor shower, Camelopardalids, is expected to cross Vancouver’s skies late Friday evening and into Saturday morning and it’s anticipated to be quite a show.

This shower comes courtesy of particles that will burn up in earth’s atmosphere after breaking off from the comet 209P/LINEAR, a relatively small comet discovered only ten years ago that scientists don’t know much about yet.

It could be one of the most spectacular meteor showers Earth has seen over the last several years as the planet will be moving through a cloud of space dust approximately a million kilometres thick.

Camelopardalids is expected to begin on the evening of Friday, May 23 and peak between midnight to 1 a.m. on Saturday, May 24. The shower will originate from the constellation for which it’s named after: Camelopardalids. Located near the north pole of the sky, between the Big Dipper and Cassiopeia.

Astronomers are predicting this to be as stunning a display as the shower’s name is long. Based on the proximity (closer than any Vancouver has had in over thirty years), the larger particle sizes the comet is composed of according to some astronomers studying the comet and the predicted above-average meteor rates (100-400 meteors per hour), it should be a brilliant night. 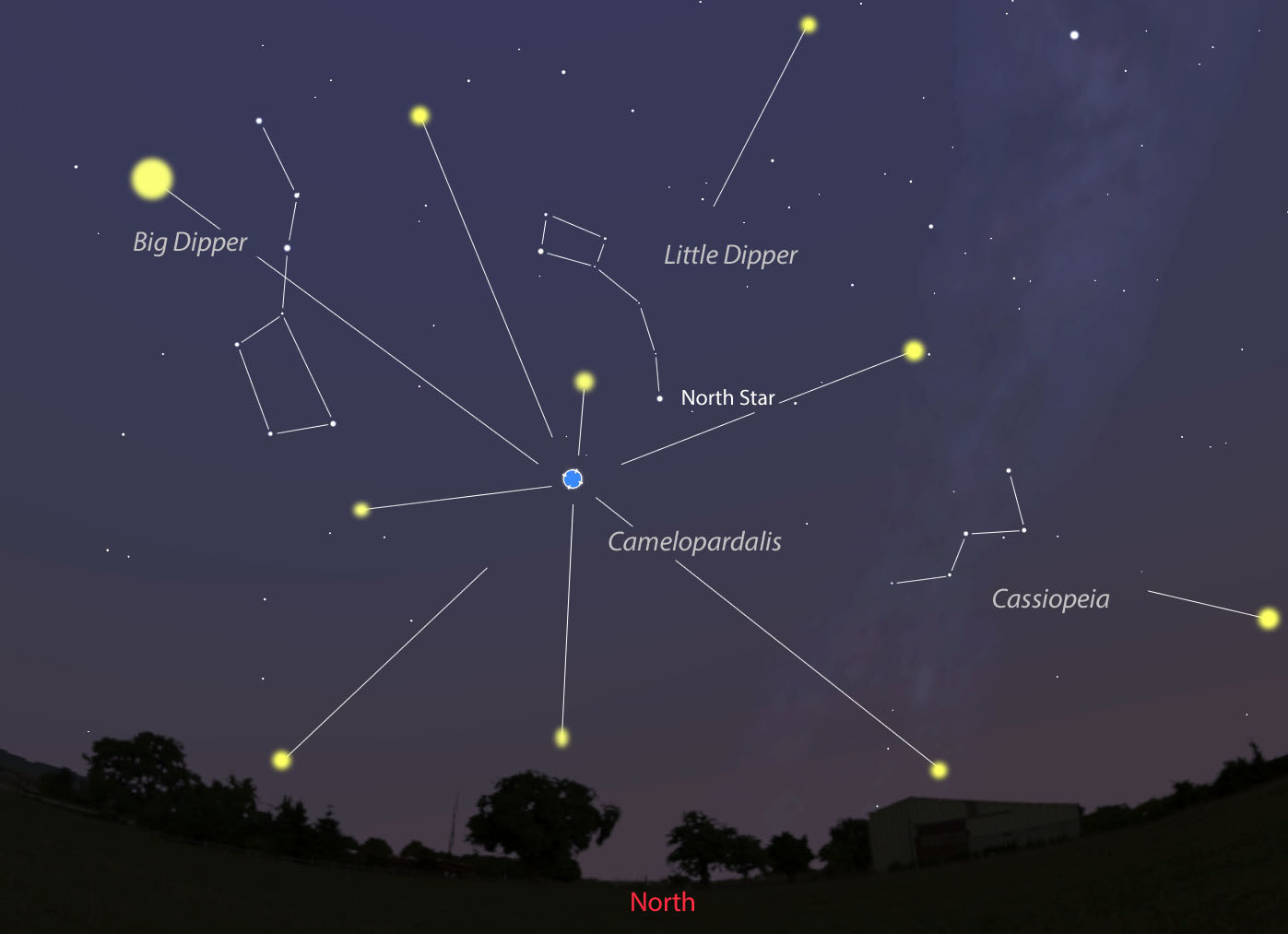 Tips on getting the most out of your meteor shower experience:

It mostly goes without saying, but if you want to truly see the meteors in all their brilliance, try to get away from the city lights which can detract from the meteors. A place like a park or even a secluded backyard with an unobstructed view of the cosmos is better than glancing up at the sky while on Granville.

It’s easy to get distracted during showers, particularly when you’re enjoying the night with other people. But the meteors tend to pass very quickly, so keep looking up!

3. Give eyes time to adjust

It takes a few minutes for your eyes to adjust to the dark, so make sure you give yourself that time so your pupils can dilate, let more light in and enjoy the shower fully. If you’re going to be in your backyard for this, try to avoid heading back inside or using bright flashlights.

Even at their peak (hopefully 400!), you’ll probably still be outside waiting for those specks of light for awhile. Even in spring it can get quite cold at night so a sweater and some blankets are probably good ideas.

On that note, anyone unwilling to spend the night outdoors in the cool air but still want to check out the shower, Virtual Telescope will be streaming it online here.