Ever wanted to know the age of a particular building in Vancouver? Rather than hunting through years of data from the City, now you can simply take a look at the colourful map Ekaterina Aristova has posted on her blog.

According to Aristova, the inspiration for the map came from similar ones being created for cities like New York and Portland.

Each colour on the map represents a different decade in which the buildings were constructed, with grey being used if the age was unavailable.

Aristova says the map is still a work in progress, with features like a hover effect to display addresses soon to be implemented.

Take a look and explore the city in an entirely new way over on Aristova’s blog. 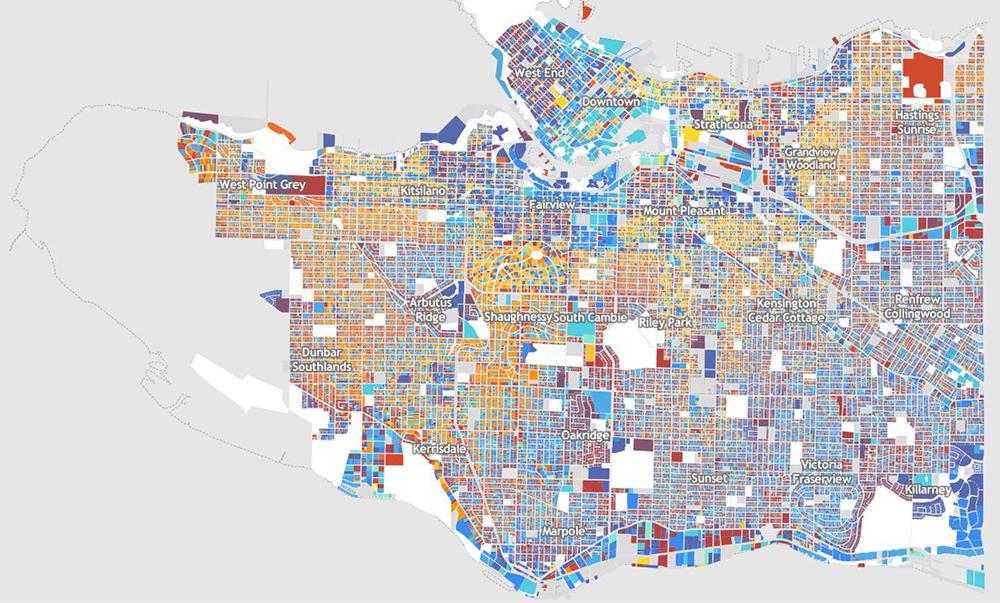