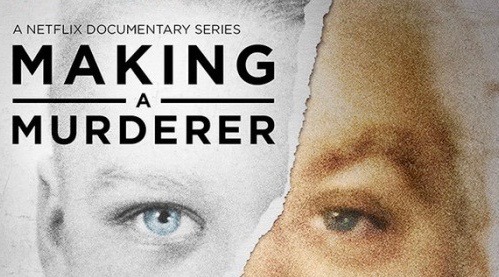 Remember at the end of last year when you briefly became an FBI agent for a few weeks over the holidays?

Well, guess what, it’s time to pick your badge back up – Making a Murderer is coming back to Netflix with new episodes.

It’s not over. @MakingAMurderer will return.

In case you haven’t seen the first season, we’re going to give you the Netflix summary so you can’t get pissed at us if it’s too much information – this is straight from the source:

Filmed over a 10-year period, Making a Murderer is an unprecedented real-life thriller about Steven Avery, a DNA exoneree who, while in the midst of exposing corruption in local law enforcement, finds himself the prime suspect in a grisly new crime. Set in America’s heartland, the series takes viewers inside a high-stakes criminal case where reputation is everything and things are never as they appear.

Of course, that doesn’t factor in any of the public reaction to the show, the questioning of evidence, the supposed bias in filmmaking, etc.

People have very strong opinions about Steven Avery and Making a Murderer in general. It’s nice to see they’ll get to have even more.

No word yet on whether this will be a full second season or just a few new episodes. As well, no release date has been confirmed.

So right now, we know that Netflix has confirmed its return. The rest, you might say, is a mystery.