Canada Post is moving out of its old downtown Vancouver facility at West Georgia and Homer streets to a new 700,000 square foot facility at Vancouver International Airport. Earlier this year, the federal government sold the large city block site to BC Investment Management Corp. (BCIMC) for a reported amount of $130-million.

There has been much speculation over what will replace the post office building and whether any portion of it will be retained such as the historic facade on West Georgia Street. Those in the development industry have discussed the likelihood of a large mixed-use project that will incorporate a large-format value retailer at its base; a City Target, Walmart or even a City IKEA have been mentioned in the chatter.

According to a recent report by Business In Vancouver’s Peter Mitham, the new development on the old post office building site will likely include a hotel and residential space. This hint of what could be proposed for the site comes from Doug Pearce, BCIMC CEO of the asset manager for provincial funds, who “told the recent Western Canadian Hotel and Resort Investment Conference that the mix of uses will depend on the projected returns – and residential and hotel uses are looking good.”

Furthermore, “with limited new hotel development planned for downtown Vancouver, Pearce believes a hotel could be an ideal element.”

That is not to say the old Canada Post site will only include a hotel and more market condo units. The large site allows for multiple uses and will likely include a mix of other commercial and retail uses such as the aforementioned large-format value retailer.

Precedent for such a development has been set in the city before with downtown Vancouver’s 127,000 square foot Costco warehouse store which sits at the base of Spectrum’s four condominium towers.

With other projects such as TELUS Garden and the new Vancouver Art Gallery at Larwill Park (site pictured below), the post office building redevelopment is the latest project to add on downtown Vancouver’s eastward expansion. 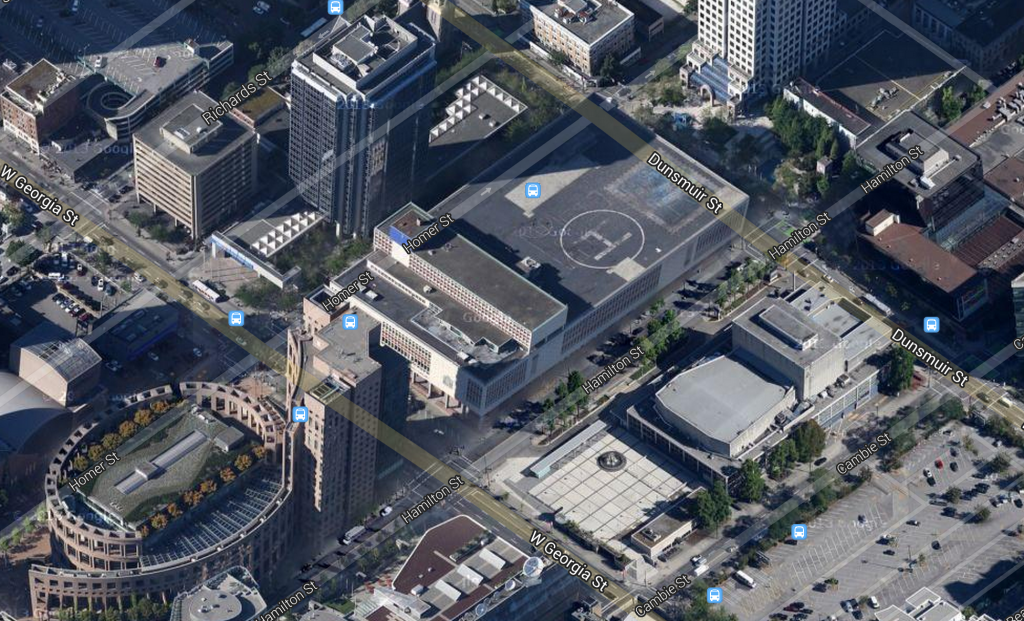