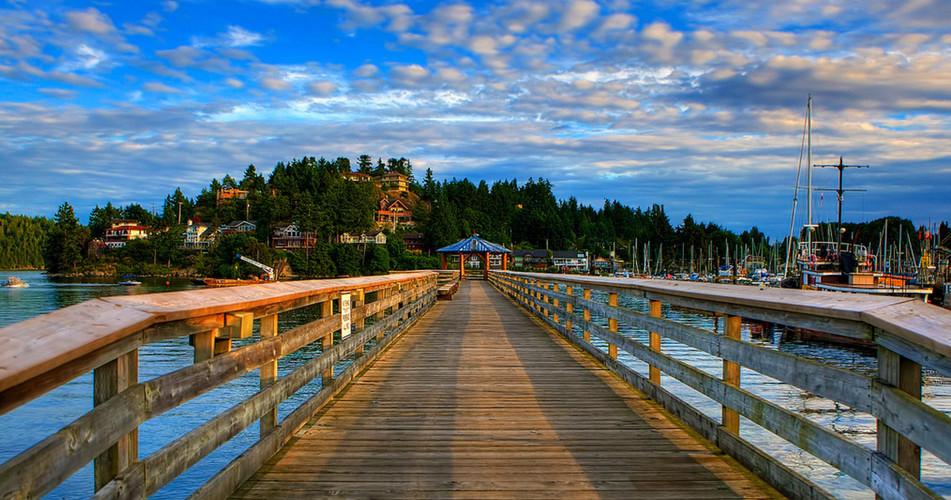 A new ferry service from downtown Vancouver to the Sunshine Coast could be operational in just a matter of weeks.

Pacific Ferries plans to start a new passenger-only route from the docks at Harbour Green Park in Coal Harbour to Gibsons Landing on the Sunshine Coast, with the inaugural sailing taking place sometime in late-April to early-May.

The service will initially only run on Friday nights at 11 p.m. to provide Sunshine Coast residents with the flexibility to stay later in the city.

Right now, B.C. Ferries’ last sailing to its Langdale terminal on the Sunshine Coast departs Horseshoe Bay relatively early each night at 9:15 p.m. Coast residents are forced to consider the options of either leaving early to make the sailing or finding overnight accommodations.

“We want to give back quality of life to Sunshine Coast residents,” Linda Feuerhelm, the Director of Marketing and Media Relations for Pacific Ferries, told Vancity Buzz. “Right now, we’re the only ferry company operating at Gibsons Landing. We saw a need that needs to be filled, and we’ve known that since 1980 to 2006 the population of the Sunshine Coast has doubled, but the ferry service has stayed the same. There is a demand that needs to be filled.”

With Pacific Ferries’ new route from downtown Vancouver, the crossing will take just 50 minutes on a $40 fare. The vessel has a maximum design speed of 38 knots and an operating speed of 26 knots, making it faster than the B.C. Ferries vessel that serves Langdale.

It eliminates the need to get to Horseshoe Bay either by a 30 minute car drive from downtown Vancouver or a 45 minute ride on the No. 257 express bus leaving West Georgia and Seymour streets, which makes its last run at 9:30 p.m. Of course, the travel times could be longer depending on traffic conditions, particularly on the Lions Gate Bridge.

“Asking people to commute an extra 45 minutes to Horseshoe Bay just seems unreasonable to us,” said Feuerhelm. “So why not allow people to enjoy an extra few hours in downtown?”

“Considering the speed and size of our boat, it’s a very comparable price to B.C. Ferries. We can remain competitive while also providing comfort and customer service.”

However, she says her business does not want to be compared to B.C. Ferries. Although Pacific Ferries is a barebone service that does not offer onboard washroom facilities, Feuerhelm says it is still a comfortable ride and its small-scale operation allows staff to focus on providing quality customer service on an intimate level.

If a passenger is running late, the crew will even wait for a few minutes and pick up speed along the route to make up for all the lost time.

“If someone is a few minutes late on one side, and they’re going to tell us they’ll be a few minutes late for whatever reason, then we can wait for them and pick up the speed along the route,” said Feuerhelm. “We try not to do this as often as possible, but we understand there are delays with buses and traffic.”

There are no interim plans to improve B.C. Ferries’ service to the Sunshine Coast, but the provincial government recently commissioned a $250,000 study to examine a fixed link, possibly a bridge or tunnel, from the Sea to Sky Highway across Howe Sound.

Downtown Vancouver could see as many as three other new privately-operated ferry services in the near future. Victoria Clipper and Riverside Marine are both slated to begin their competing downtown Vancouver to Victoria Inner Harbour services later this year while Island Ferries is developing a business case for its downtown Vancouver to Nanaimo service. All three services will use a high-speed, passenger-only catamaran vessel.