With a new chef comes the chance for a fresh take on the menu, and at Oru at the Fairmont Pacific Rim, Chef Nathan Brown has done just that.

The Ontario native has spent much of his career abroad at high-profile hotel restaurants around the globe, including stints in the kitchens at the Fairmont Dubai, the Wynn Resort and Casino in Macau (China), the Fairmont Singapore, and the Fairmont Southampton (Bermuda). 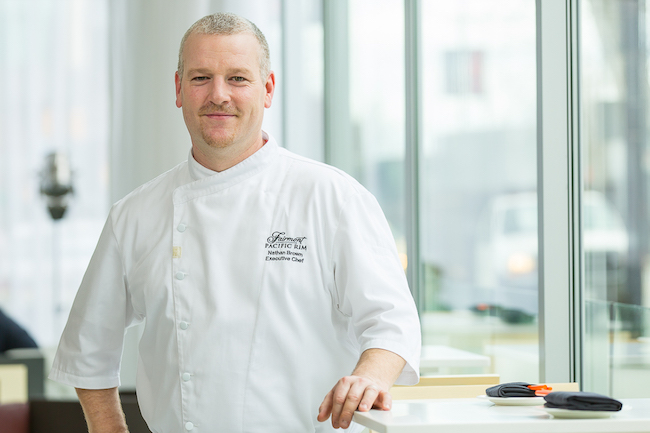 “My food is about where I am,” says Brown, during a luncheon showcasing Oru’s revitalized spring menu. Brown says the Fairmont Pacific Rim wants to not just talk the talk when it comes to fresh, local fare, but walk the walk, and his menu of beautiful spring produce and local seafood certainly makes good on his promise.

Brown, who says he’s got “farmer in his blood,” thanks to a childhood spent on a horse farm, is hoping Oru will continue to enjoy it’s success as a standalone restaurant, but also serve the Fairmont Pacific Rim’s international guests.

On the lunch menu are dishes that are quick, fresh, and fast aimed at appeasing busy diners, including a smoky West Coast clam chowder, a Red Tuna salad that riffs on a Nicoise, a Dungeness crab salad, and heartier entrees like a housemade quinoa-mushroom burger and a roast chicken. 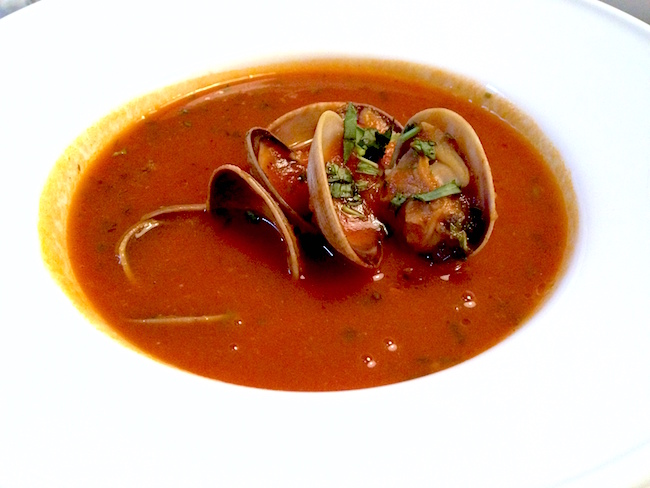 True to their “authentically local” approach, even the pickled ginger served with sushi from the hotel’s RawBar is made with locally-grown ginger. Ginger plays a starring role, too, in their housemade Ginger Ale, just one of their “mocktail” options. Those looking for a cocktail will delight in their tasty selections, which spans essentials (French 75) to the adventurous (a Kentucky Float with bourbon, housemade root beer, and bourbon maple ice cream).

For dinner, Brown’s menu reflects some slight refining and more leisurely choices for diners who have a bit more time to linger over their meals.

In his role as Executive Chef, Brown is overseeing the Fairmont Pacific Rim’s whole food operations, including Oru, giovane café + eatery, the RawBar, and the hotel’s banquet kitchen. 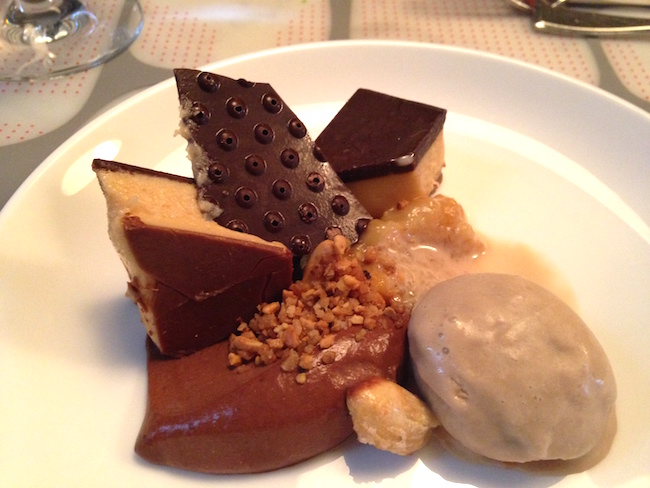