Downtown Vancouver’s newest public park space will go completely outside of the box – beyond the city’s typical park designs to provide a strong sense of place.

Last night, Vancouver Park Board Commissioners approved the design for a new 0.8-acre park on a largely vacant city block on the eastern corner of Smithe and Richard streets. The site, currently used as a parking lot, is framed by streets to the south and west and by towers to the north and east.

Working with local architectural firm Dialog, the park’s design is based on principles such as having “barrier-free” universally accessible pathways and elements that encourage “eyes on the park” for safety. Artificial hill-like landforms will be created and bridged by an elevated walkway that can hold swings, hammocks, and slides beneath.

An area of the park boasts a playful water feature, similar to the water fountains found at Toronto’s Yonge-Dundas Square. When the water landscaping is off, it can be used for programmable events and activities, such as a vendors and a farmers’ market, food and coffee kiosk, small arts and theatre gatherings, and table tennis.

Greenery and plants will blanket much of the new park, including a wall of trees along the east perimeter of the park facing the alleyway and towers. A variety of seating arrangements will be scattered across the space.

The new park is expected to cost $6 million and is funded by a community amenity contribution from TELUS and Westbank Projects for the TELUS Garden office and residential towers. Construction of the park is slated to begin in spring 2017 for a completion by fall 2018. 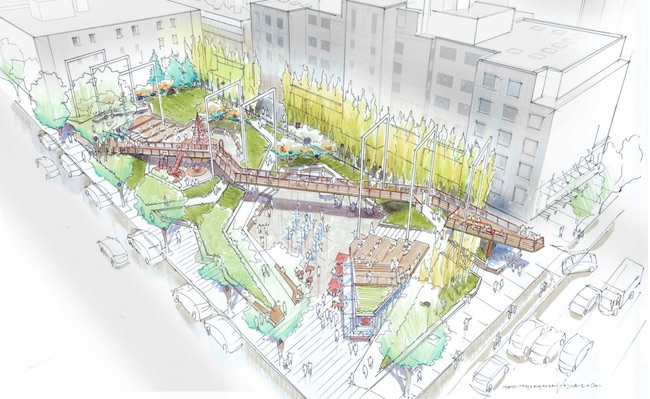 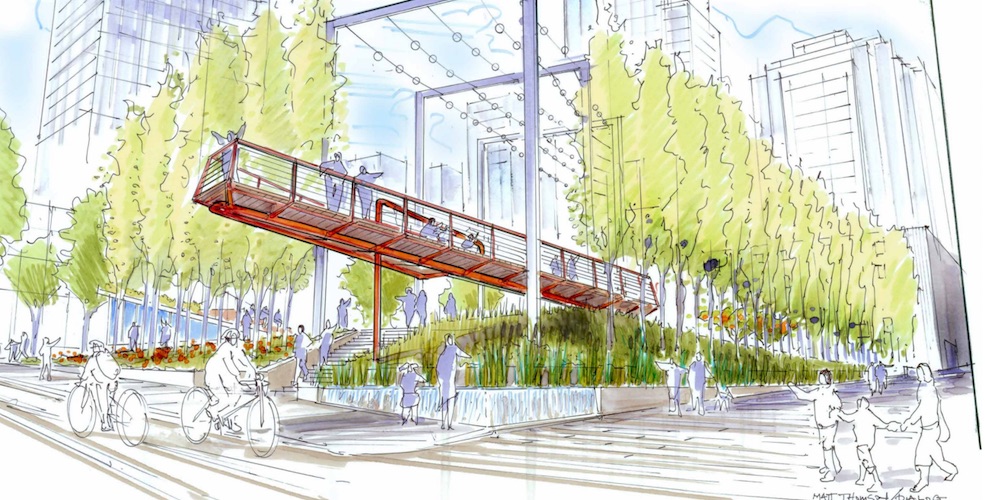 Rendering courtesy Dialog/Vancouver Board of Parks and Recreation 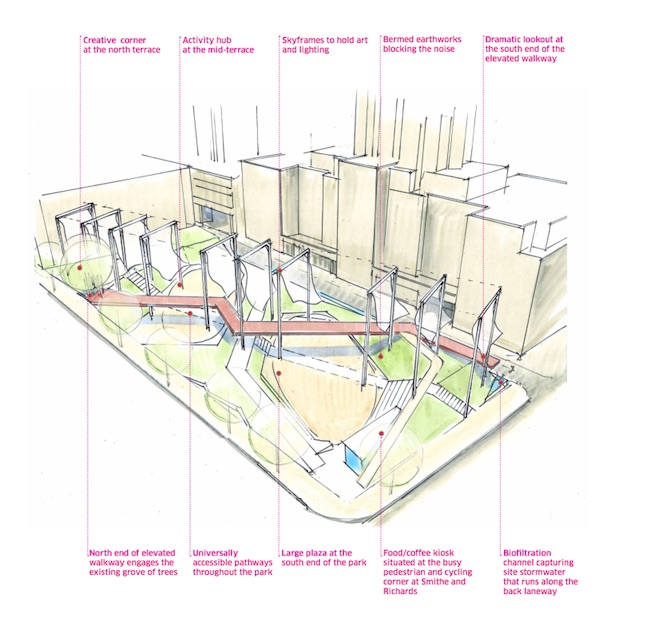 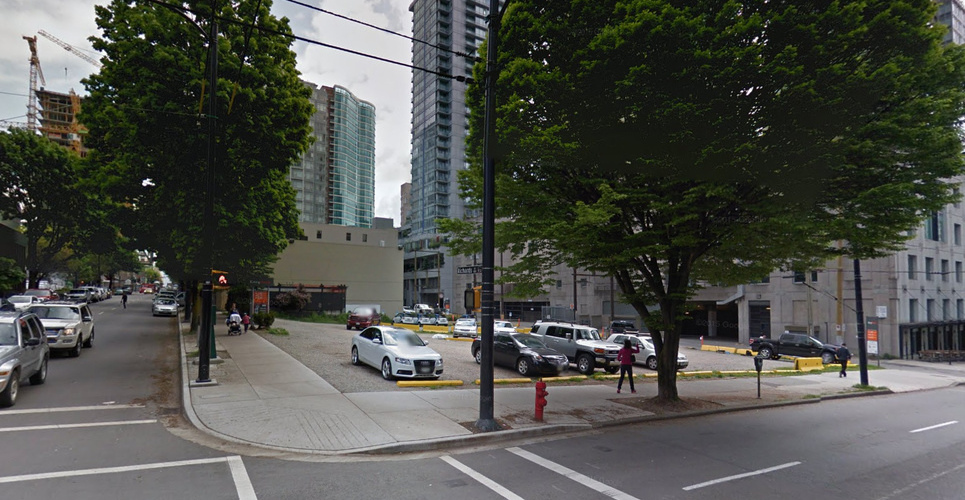