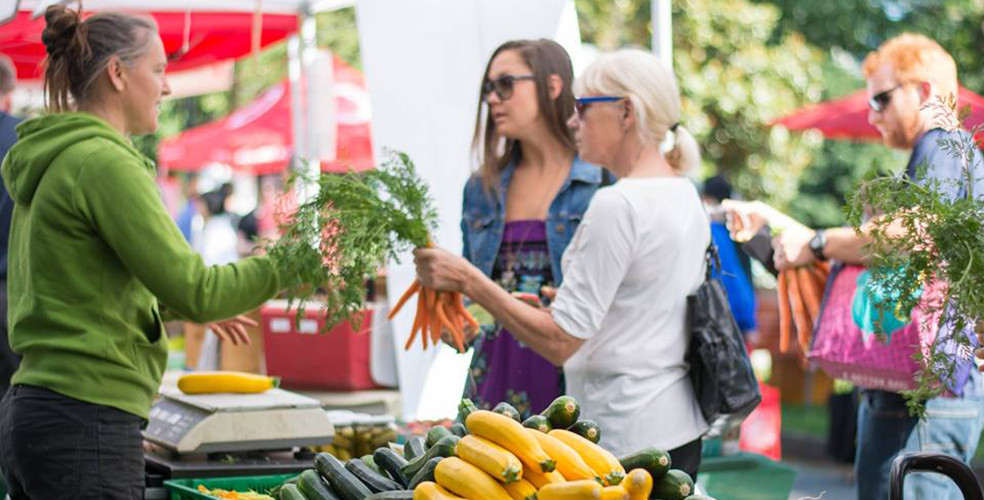 The Yaletown Farmers’ Market has had to relocate, and with new digs at Queen Elizabeth Plaza, downtown Vancouver has a new weekly destination this summer for seasonal produce, shopping, and treats.

While Thursday afternoons in Yaletown had become synonymous with perusing the food stalls at the weekly farmers’ market, local business owners raised objections to the disruption that took place with the market causing the shutting-down of Mainland Street.

In May, the Vancouver Farmers’ Market announced they were shutting down Yaletown and moving the market to downtown on the same day and time, Thursdays from 2 to 6 p.m.

“We’re sad and disappointed to have to leave Yaletown, but it feels like we’re being forced out,” said Carla Shore, Chair of VFM’s Board of Directors, in a press release. “We were hoping that the BIA and those few merchants could reach a positive resolution that benefited all parties. As that hasn’t happened, the farmers’ market has no other choice but to leave.”

The new Downtown Farmers’ Market is located at 649 Cambie Street at Georgia, and opens June 2.