The Vancouver Park Board has plans to convert an entire city block in the city’s Westside neighbourhood in Fairview.

The city block is located west of Granville Street near Granville Island, framed by West 5th Avenue to the north, West 6th Avenue to the south, Pine Street to the east, and Fir Street to the west. Part of the site is already green space, with a recently completed small park and legal community garden plots located south of the Arbutus Corridor, which runs through the city block diagonally from northeast to west.

Almost all of the commercial properties on the city block have been acquired for the purpose of turning the area into a new park.

Plan for future park in Fairview. 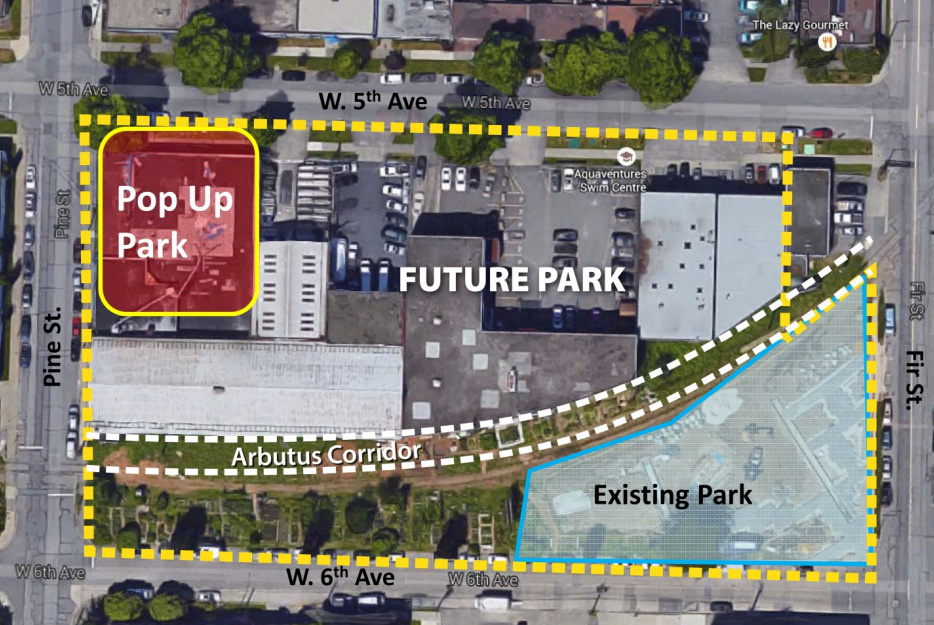 On Monday evening, Park Board commissioners unanimously voted to approve the creation of a small, temporary 0.3 acre (13,000 square foot) pop-up park at the northwest corner of the site – at the intersection of Pine Street and West 5th Avenue. The site was made available to the Park Board following a fire that destroyed the building at the location in 2014.

The $175,000 pop-up park will feature outdoor seating and long tables, accessible pathways, plant materials for pollinators in the form of a colourful wildflower meadow, bird and bee houses to enhance the pollinator garden, edible plants such as blueberries and other berry producing shrubs, and bike racks made from recycled materials.

Wood used for the tables will be made from trees that recently fell in Stanley Park while other components of the space will use recycled materials such as old unit pavers, bricks, stones, and timber from works yards and demolition sites.

“I think this is an example of how parks can be built in the city, said Commissioner Stuart Mackinnon during last night’s meeting. “This really fits in with our biodiversity strategy, and I love the idea of the pollinator garden. This really is my vision of parks in Vancouver as it really balances nature and people.”

Construction on the park could begin late spring or early summer for a completion this fall. However, the complete block-sized city park is still years away as it will not be considered until the 2019-2022 capital plan.

“Rather than ‘pop-up’, we could name this as the ‘teaser park’,” said Commissioner Catherine Evans.

Plan for pop-up park at the southeast corner of the intersection of Pine Street and West 5th Avenue. 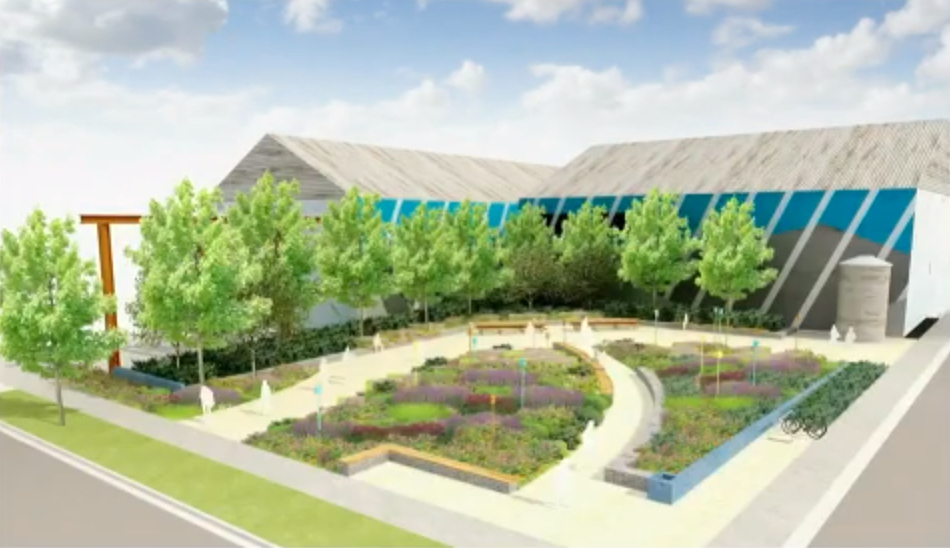 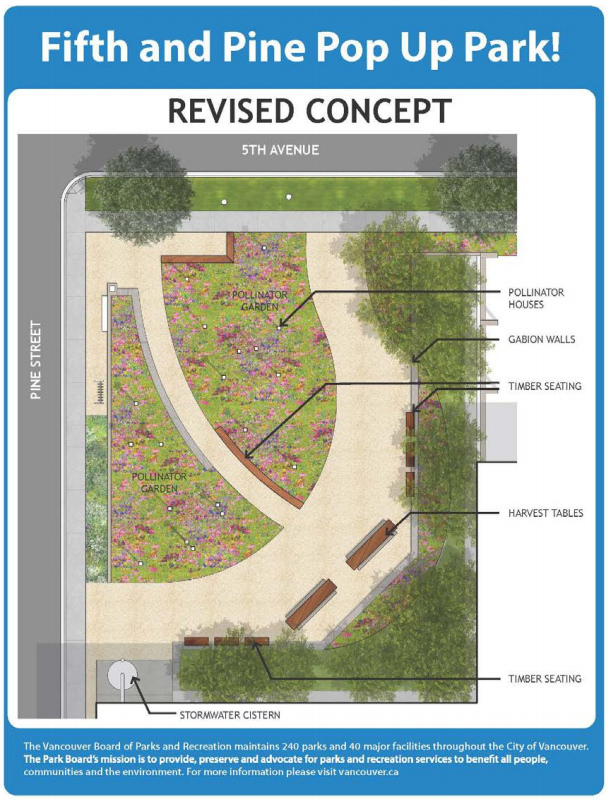 Existing park at the northwest corner of Fir Street and West 6th Avenue. 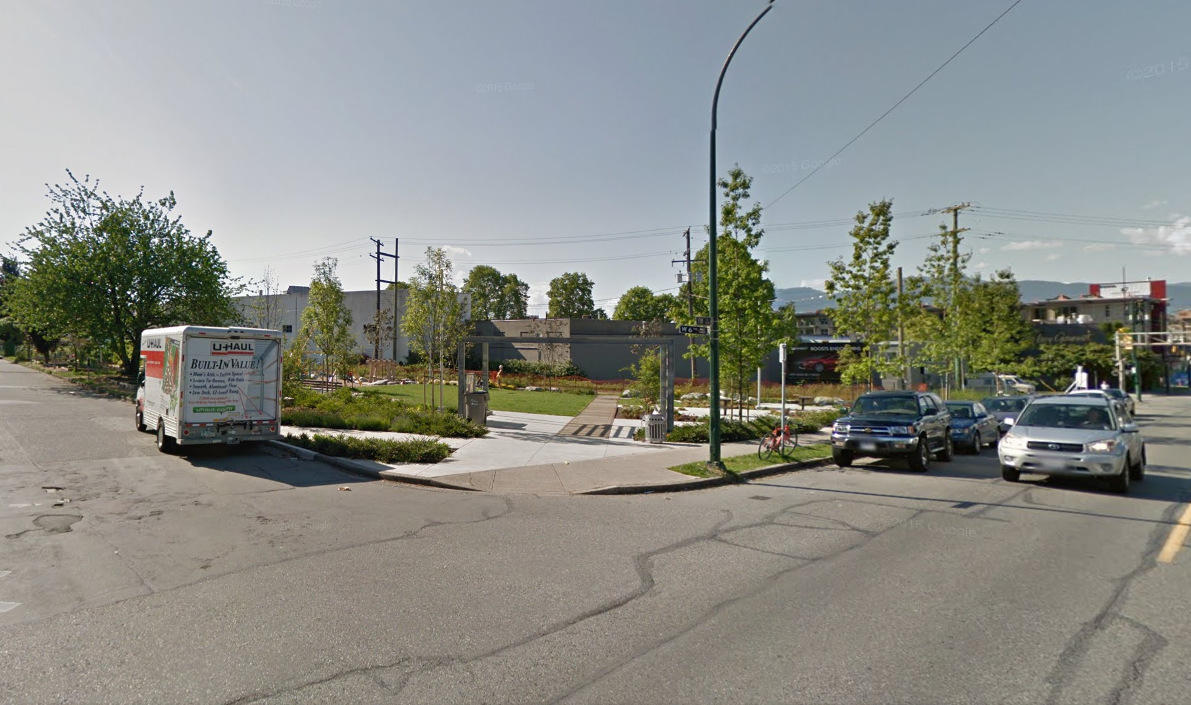