Have you ever stopped to ask yourself how it’s possible that a t-shirt could cost $5? No, because it’s a killer deal – literally.

The term ‘fast fashion,’ is used to describe the disposable cycle of our clothes that contributes to growing landfills, and the guise of the global fashion market that has compromised the value of human life to keep production costs low. With trends flipping on a weekly basis, the industry is turning a profit by selling a constant stream of cheap clothing for next to nothing.

But nothing comes without a cost. 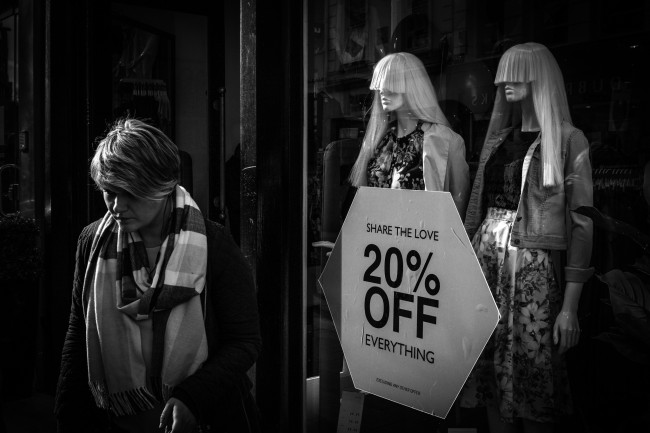 From an environmental standpoint, the average garment goes from the store to the landfill within one year, earning the fashion industry the spot as the world’s second-largest polluter behind the oil industry. To understand the human cost of fast fashion, one needn’t look further than the 2013 collapse of a Bangladesh garment factory, which left 1,129 people dead.

Ask yourself: when you put on that cheap shirt or jacket, whose story are you carrying on your back? Right here in Vancouver, there are people dedicating their lives to asking that question and more.

“Whether we want to acknowledge it or not – fast fashion is happening,” says Chloe Popove, owner and founder of My Modern Closet. She launched her online thrift and consignment store in November 2015 with the aim to make it easy for the modern woman to upcycle and recycle clothing.

While there are many great consignment stores in Vancouver, none currently offer pick up and delivery, or have such an extensive online catalog. Her site offers looks ranging from Wilfred tops at $20 to Rag + Bone skinny jeans for $160, and every brand, style and price point in between. Anything that can’t be sold on the site is donated to Dress for Success, the Get Warm Project, and Popove is currently working to outfit Syrian refugees.

“I want people to know what’s going on in the fast fashion industry and that they have a choice in the way they shop,” she says.

My Modern Closet also offers the option to host a thrift shop party by providing two racks of clothes (free of charge) for 5-10 friends with looks catered to their size and preferences. The site’s “Shop Collections” section features clothing donated by the movers and shakers of the community and is a chance for buyers to own a piece that tells a story. Take Tori Swanson, for instance, who is igniting a conversation around eating disorders, and who’s ladylike looks can be found on My Modern Closet. Or Keighty Gallagher, founder and head coach of Tight Club Athletics, who is refreshing the way we think about athletics and has some seriously cool workout wear to offer. 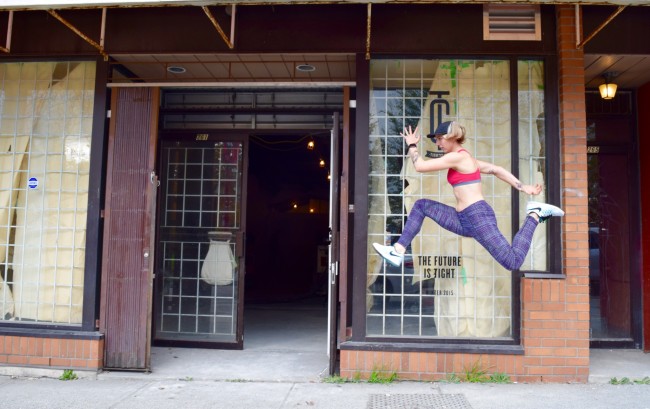 Popove admits that it can be overwhelming to participate in such a controversial movement against the fashion giants of the world, but the thought that small companies can never impact big companies is an ever-teetering tower. Just look at the craft beer market.

“I’m just one small person but I can’t let that defeat me,” Popove says. “I want to spark a conversation and the people who are defensive are the ones who need to listen.”

For Popove, her dedication to this cause goes beyond the racks of clothing and online platform – it’s a lifestyle.

“Everything I buy is secondhand,” she says. “If I buy anything new then it’s locally made and ethically sourced – like Nicole Bridger – where there is a story behind every single clothing item and it can be traced to exactly who made it.”

Slowly but surely, she is building a community of consumers who are taking part in something bigger without it being a burden to their routine.

“I think people wanted something like this,” she says.

That demand was evident when 45 people attended the recent Mindful Movie Night hosted by My Modern Closet, the Juice Truck, and food reporter Erin Ireland. After screening The True Cost – a feature length documentary film that explores the impact of fashion on people and the planet – Popove said a ton of people came up to her afterward and said, ‘wow, this is crazy.’

“Everyone kind of has an idea that fast fashion is going on,” she says, “but they don’t really know how to translate that to their own lives.”

The answer is My Modern Closet. 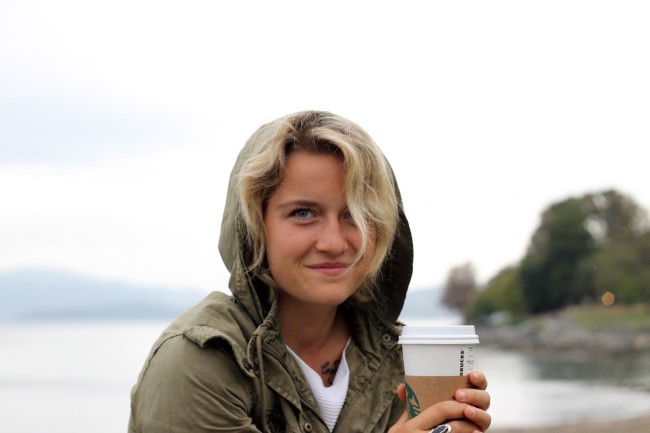 Chloe Popove of My Modern Closet