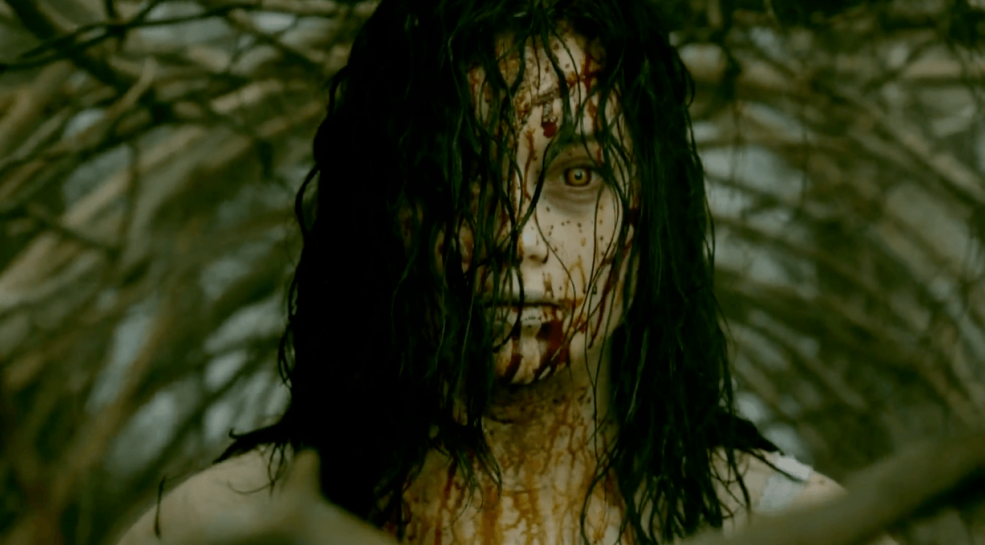 It’s the most wonderful time of the year and no, I’m not talking about the Clause going down the chimney, that’s still to come.

No, I’m talking about the time of year where kids dress up as someone from Star Wars, and grown adults cover their faces in fake blood.

It’s also the best time of year to watch scary movies. “Do you like scary movies?” If you don’t, all the better, because getting into the Halloween spirit means scaring yourself silly and clutching your pillow tight at night. Embrace the pain. Bring a little darkness into your life before you’re inundated with the safe saccharine sounds of Christmas songs played ad nauseam.

The great news for all the scaredy cats and the Halloween freaks is there are a plethora of horror films on Netflix that you can “enjoy” to help you get into the Hallows Eve mood. So grab the popcorn,  some candy that you’re supposed to give out to kids, and maybe even a buddy to cozy up to for a little Netflix and Kill.

If you like a little bit of character development in your horror, I personally invite you to watch The Invitation on Netflix. In my mind this is one of the best thriller/horror films currently on the streaming giant, and if you still haven’t had a chance to watch it, now is the perfect time to get acquainted. The story is about a man who is invited to a dinner party put on by his estranged ex-wife and her new husband. What appear to be best intentions might have a more sinister purpose.

You look at this and see Kurt Russell in a western and get a bit excited. Who didn’t like him in Tombstone or The Hateful Eight? Well, Bone Tomahawk isn’t that kind of western. Russell plays a sheriff who organizes a search party to find a group of captives who are kidnapped by natives. However, what they end up finding is something far more scary and gory. This is one of those films that surprised me last year, and I’m happy to see it on Netflix during the Halloween season.

If you still haven’t watched this because you are not interested in a remake of the 1987 cult classic, then put your horror snobiness aside, because I’m here to tell you that Fede Alvarez’s version is a great addition to the Book of the Dead lore. This is such a great horror flick full of jump scares and yes, blood – lots and lots of blood. Nothing says Halloween better than Evil Dead and blood splatter.

V/H/S 1 was good, but this series really found its footing with the sequel that had the likes of Jason Eisener (Hobo with a Shotgun), Gareth Evans (The Raid series) and Adam Wingard (You’re Next) bring some of their vision to a story about private investigators looking for a missing student. The investigators break into the student’s house and find a collection of VHS tapes that show that there are dark motives behind the disappearance.

Adam Wingard is a promising director and one of the films he’s best known for is his 2011 slasher flick You’re Next. The story is about a family of yuppies who visit their vacation home, only to be besieged by masked psycho killers. The writing, directing and acting is superb and if you haven’t checked this out yet, do yourself the favour and give it the Hallows Eve treatment.

This film will remind you of the classic horror films of the 70s and 80s. In fact director David Robert Mitchell purposely gives this film that John Carpenter feel from the music to the cinematography. What I love about this horror flick is that it doesn’t rely on blood and shock value, but instead uses tension to make you squirm.

This isn’t necessarily a scary film, just a creepy slow burn. It will also take some time to get used to the dialogue as the language is authentic to New England in the early 1630s. The story is about a farmer and his family who decide to leave their colony and live out in the countryside on their own. However, when the youngest son goes missing, the family starts to suspect witchcraft which tests their faith, loyalty, and love for one another. If you are going to invest time into this well-crafted film, this is the time of year to do so.

This is a psychological mind f#%k where it messes with you and you’re not sure what to believe. A woman tries to exonerate her brother who was convicted for murdering their parents, by proving the crime was committed by a supernatural phenomenon that occurred in a mirror. It may sound farfetched but this is a highly underrated horror film from a mad scientist of a director in Mike Flanagan.

I like it when science fiction and horror intermingle which is why Dark Skies is a guilty pleasure of mine. This is about the Barrett family whose perfect suburban life is turned upside down by a series of disturbing events. They come to realize that some sort of evil entity is after them as they live their life in torment. This has nice little cast with the likes of Keri Russell, Josh Hamilton and J.K. Simmons. I went into this film not knowing much about it and I was pleasantly surprised.

If you want a little more “reality” in your horror stories, than give this documentary a go. Two filmmakers decide to investigate an old urban legend about missing children who have mysteriously vanished in the woods. What they end up finding is evidence to support a real life boogeyman that is linked to the children’s disappearance. This is a horrifying documentary that taps into some of our greatest fears.