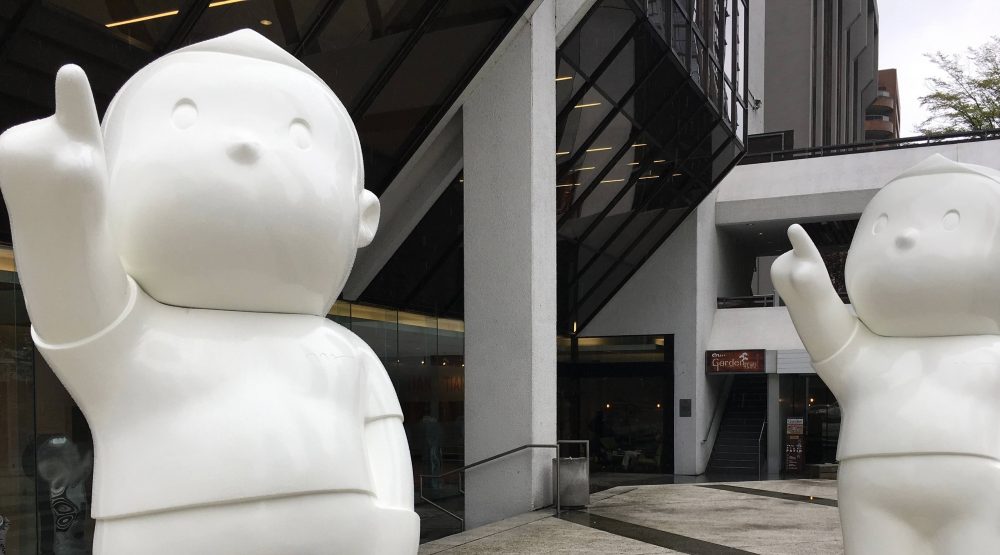 They are humble gnomes. The strong silent type. And they have a point to make.

Don’t worry, they come in peace.

Why are they here?

The figures are brand ambassadors of creative culture exhibition that is currently showcased in the Nelson Square lobby.

They are your silent guides to the “Tian Tian Xiang Shang” Collaboration Programme, which focusses on bringing social changes and shedding light on unifying arts to inspire content creation.

The exhibition features three large figures on the plaza outside as well as smaller figures inside that have been decorated by artists from Hong Kong and North America as well as children from local schools.

What is Tian Tian Xiang Shang?

During the 1950s in China, this proverb appeared on the front gate of every primary school.

It translates directly into ‘make progress everyday’ and was uttered by Mao Zedong to motivate children.

The figures are copies of a single character created for a conceptual comic in the 1970s. The creator and Hong Kong’s creative mastermind, Danny Yung, was inspired by the”Tian Tian Xiang Shang”concept:

“The person who invented blank paper is truly artistic designer,” he said. “The material, dimension, shape and texture of blank paper are all measures of a designers creativity.” 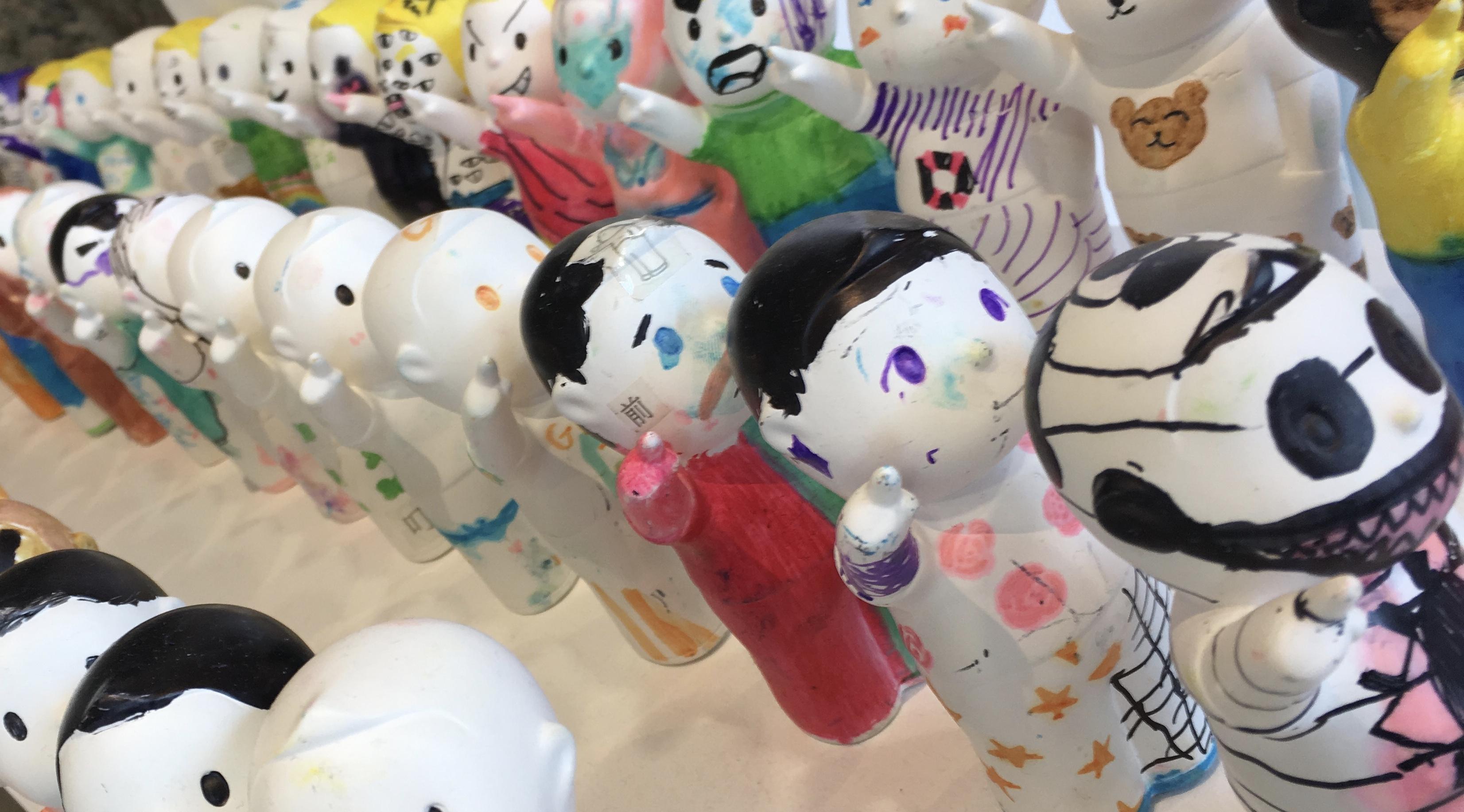 Blank Boys made into works of art are displayed at Nelson Plaza for TTXS Vancouver. (Taylor Dergousoff/Daily Hive)

What are they pointing at?

The literal meaning is “the sky is the limit”. Danny Young gave the Blank Boy canvas a pointing stance in order to make you look at the sky as you conduct your life. He explains that, “the sky holds unpredictable weather just as you hold ideas.”

“They want you to be you. If you have a big idea or the urge to make a blank canvas into something extraordinary-theres no time like the present!

They have traveled to the west coast to stimulate conversation about creation. Their task is to inspire how the next generations will shape the future of art and tools to develop sustainable solutions.” 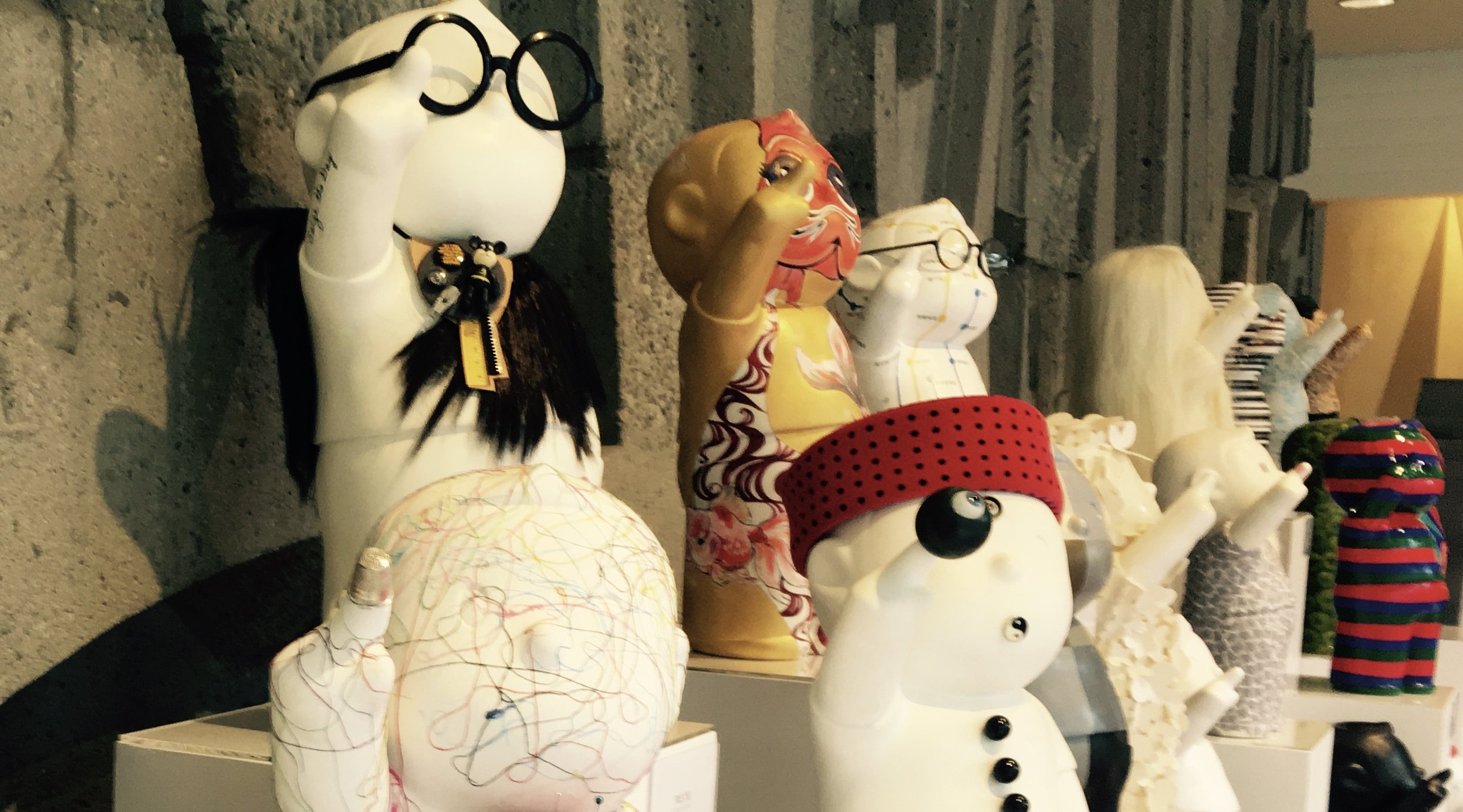 Where: 808 Nelson Street, Vancouver V6Z 2H2 (at corner of Howe and Nelson)