Ben Nelson Creed is a local mainstay in the indie wrestling scene in Vancouver. If you’ve gone to an ECCW show recently you’ll know him as “Supernatural” Nelson Creed, a wrestler who claims to love Shakespeare and enjoys hiding purple streamers in his trunks. So in a fun moment of life imitating art, Ben has written a book about his journey in wrestling (this is his second book. His first book was about Shakespeare. He is living his gimmick to the extreme!)

This book talks about Nelson’s journey into professional wrestling (back when he was young and full of optimism and happiness) and his attempts at chasing his dreams. It is a book that non-wrestling fans will also be able to relate to, if they’ve ever tried going after a creative career. For me, it rang very close to home as it reminded me of when I first got into writing. I, too, was full of hope and optimism before learning that reality is often times a cruel mistress.

You’ll find yourself nodding in understanding as Nelson makes choices simply because he was young and didn’t know any better at the time. You’ll nod your head in agreement as you see him learning how the business works and that like many things in life, nothing is ever run quite as smoothly as you assumed it was.

In particular, Nelson dedicates a lot of the book to his time at his first wrestling school. Instead of being a well run, wrestler producing place of business, Nelson describes it as being a bit of a smoke and mirrors situation. During his recounting of his time at the school, Neslon refers to the owner of the schools weight repeatedly, calling him fat many many times. It eventually borders on what you at first think is cruelty. Then you realize that it’s just a window into the mind-frame of the young wrestlers at the time. They invested a lot of money to go to the school, and their fate is in the owner’s hand, and you can begin to understand why they would villainize a person who they don’t even fully know if they can trust.

And that sets the tone for the book. Neslon writes it exactly how he felt it at the time, and he pulls no punches, and does not adhere to political correctness to try and “clean it up” or put things in a better light. He lets you experience it how he felt it and this is what gives the book the authenticity of his experience in professional wrestling. He is brutally honest about his opinion of others, as well as himself, during these times in his life. In reflection, he owns up to the fact he may have acted inappropriately or was in the wrong at times, but he lays it all out there for you to see, warts and all. It’s this honesty that really drove the book for me.

He even dives into his own personal relationships, self analyzing in a very public way that really makes you connect with the story. Many times during the book I thought to myself “Ah yeah, I’ve been there” due to a comment he makes. 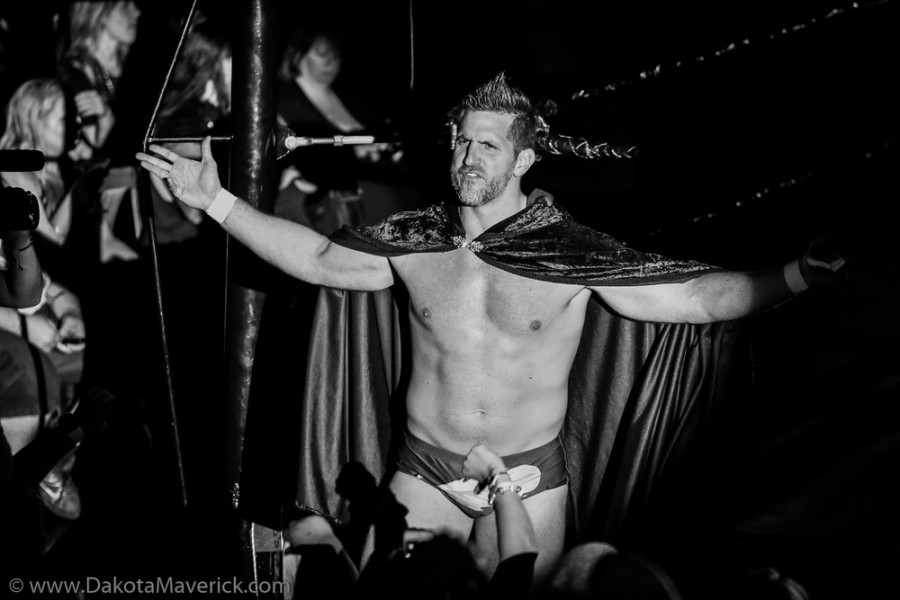 Along the way you’ll hear stories of drinking, pooping, more drinking, more pooping, an entire Olympic style event based around drinking, and a bunch of wrestling stories. Put a bunch of young guys together with nothing but dreams of glory in their head, and not much responsibility on their plate, and it’s not shocking the kind of hi-jinks they get up to. You’ll also get an idea of how much of the business is seemingly made up on the fly, as stories of Doink and “The Jewish Warrior” attest to. Some of my favorite moments in the book are his stories about doing random shows in the middle of nowhere, and the weird situations he found himself in.

At times the stories seem to start and stop and start again, which can be a bit jarring at first, but once you get used to it, it’s fine. Nelson also hints at stories that he never fully expands upon (like tryouts with big promotions, and what happened there), which I wish he had gone over in more detail. I also selfishly wanted him to have a section about how he got back involved with ECCW, as that is where I first knew him from, as the book kind of ends almost too abruptly by not taking the reader all the way to 2014 (it ends at 2003).

Still, it’s a great read, especially for people who want to see what the reality is for most wrestlers. Yes, there are books out there by professional wrestlers that tell of their journey to the top, but this is a book about what usually happens in wrestling. Like in many sports, not many people make it to the “pros”, so it’s an engaging read about someone chasing their dreams and falling short of making it to the bigs. And I don’t say that in a disparaging way, it’s just the reality of what happened, and if anything you leave the book respecting Nelson for going all in on his dream.