You know what you’re getting with a Seth Rogen film, and it’s usually cotton mouth and a devoured bag of Lays BBQ chips.

I have to admit, it’s rather ballsy to not only make a sequel to the 2014 comedy hit Neighbors, but a sequel that is pretty much the same story told in a different way. 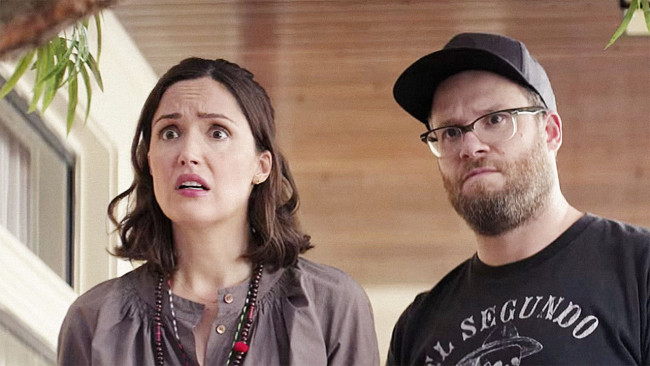 For this second instalment Mac (Seth Rogen) and Kelly (Rose Byrne) Radner return and are still living in same house where they had all that trouble with the fraternity in the previous film. They’re expecting their second child and are on the verge of selling their home to some interested buyers. But the catch is, they have to wait out a 30-day escrow period.

Of course it’s paramount that the Radners sell their home, but that 30 day period of peace is disrupted when a rogue sorority, ‘Kappa Nu,’ moves in next door. What are the chances?

The leaders of the pack Shelby, Beth and Nora (Chloë Grace Moretz, Kiersey Clemons and Beanie Feldstein) have no intention to play nice, because as women, they feel the need to fight for their right to party. There is this feminism angle that is played throughout the film and usually seen through beer bottles and purple haze. 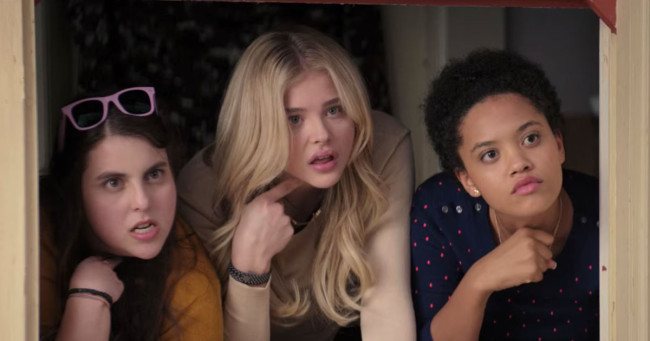 So what do Mac and Kelly do to fight off the evil sorority sisters? They turn to the one man who can help in their battle – former neighbor and arch nemesis Teddy Sanders (Zac Efron).

The film does have its funnies. Anytime you have Stoller, Rogen and Evan Goldberg as your writing credits, you know that there will be some moments of over the top, zany situational humour that borderlines on the crude. Actually forget that, it crosses that border quite frequently. I’m pretty sure the script was more of a guideline, with a lot of it being filled in with disorderly improvisation by a funny cast of misfits.

As per usual Rogen shines as Seth Rogen, and the chemistry that he has with Rose Byrne reminds me of the same kind of magic of another comedic duo, Eugene Levy and Catherine O’Hara. Both actors play so well off each other, that it’s really one of the reasons why this sequel works on a lot of levels. 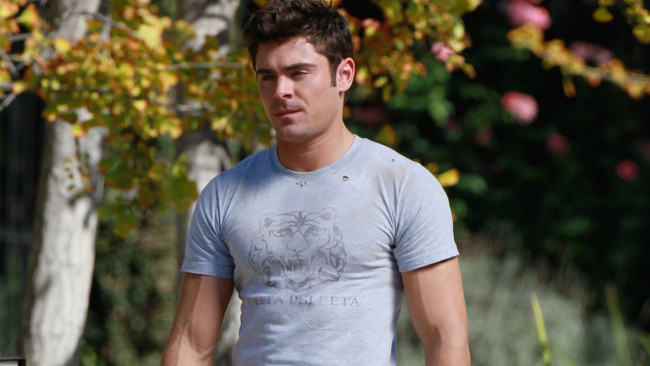 Another stand out is Zac Efron who absolutely slays it as the not so very bright, still stuck in college glory years, frat bro, Teddy Sanders. Efron was born to play this part, and as silly as things get, his performance steals the film. Not to mention many believe that shirtless Efron is always worth the price of admission.

You start to feel sorry for Teddy as he suffers a quarter-life crisis of being stuck between reliving the glory years of college and not really knowing what he wants to do with his life. Some of the scenes he has with Dave Franco are also strong, and dare I say, full of sexual tension. 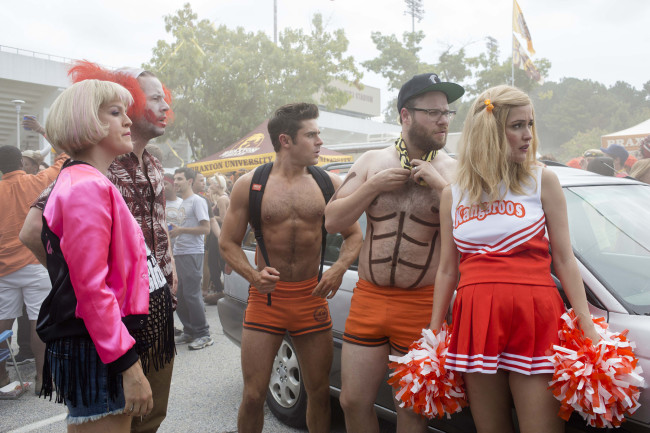 I didn’t mind young Chloë Grace Moretz as the evil and rebellious sorority president. You forget that although she has done a few dramatic roles in the past, she’s also played it for laughs as Hit-Girl in in the R-rated Kick-Ass films. She definitely holds her own with the comedic heavyweights, but I wasn’t blown away by her performance.

Ike Barinholtz is also a pleasure to watch and although he has a minor role, when he’s on screen there are usually some good laughs to be had. Speaking of small roles, Selena Gomez is in the film for maybe two minutes as the sorority ‘Phi Lamda’ President and Lisa Kudrow has a memorable scene as the school dean. 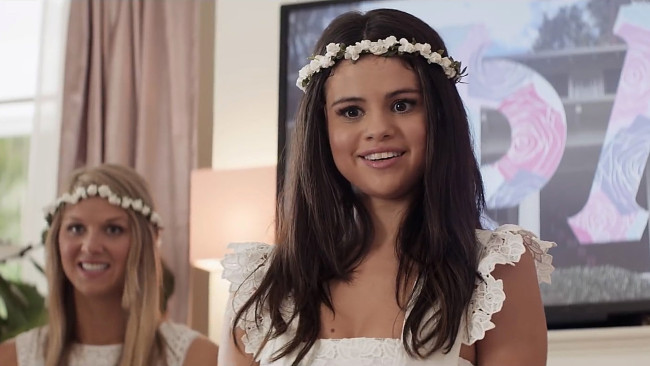 Overall the film is what you would expect it to be. Some critics will dismiss it as nothing more than just stoner comedy drivel. There is some truth to that, like how you should be stoned before seeing this. Within all the madness and grotesque humor, there is some heart inserted for maybe a brief second or two.

Although we are regurgitating the same story, this one focuses more on the progressive girl-positive feminist vibes that flow behind the delinquent behavior. None of it feels disingenuous and it’s a nice departure from the very over the top bro-ish angles we got from previous Rogen films.

This type of comedy isn’t for everyone, but if you’re a fan of Rogen and crew, and you dug the first film, than you’ll really like Neighbors 2: Sorority Rising. It’s worth checking out, but it sits at about a 3 out of 5 for me and freshly pressed.