Five local food trucks, including Tacofino, Soho Road, Le Tigre, Culver City Salads and Roaming Dragon, joined together to each serve a special dish to Salvation Army Vancouver Harbour Light food line clients on Wednesday, April 22. Clients do not often get the chance to experience “special” meals and/or unique treats – and with that in mind, birthed the inaugural Need to Feed event.

The specialty dishes from the trucks consisted of:

“Salvation Army is an organization that has had a soft spot in my heart for many years,” Zilba said. “One of my brothers is a recovering addict and when our family didn’t know where else to turn, Salvation Army was the only organization who took him in. They were wonderful. I was so honoured to be able to just help out and see so many smiling faces. Nothing in life is more rewarding than the joy of giving. I feel that wholeheartedly.” 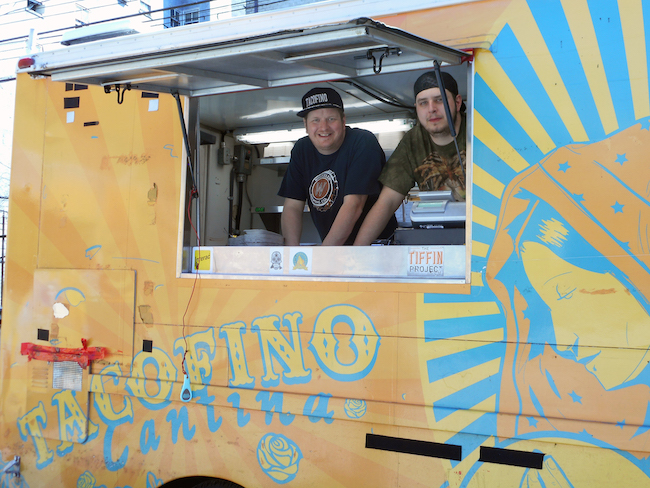 Ryan Spong approached the Salvation Army when Tacofino opened their restaurant in Gastown with the idea of doing a food pop up for Harbour Light.

For Spong and his restaurant, he wanted to support the neighbourhood that supported him and for the people, it is a chance to be included.

“One of the problems with the culinary scene is that it is expensive and not everyone gets to try variety of food,” Spong said. “Food trucks are cheaper and people get to try some new and interesting food, chance to brighten up peoples day. This [was] a chance to create neighbourhood that is interwoven and considers everyone.” 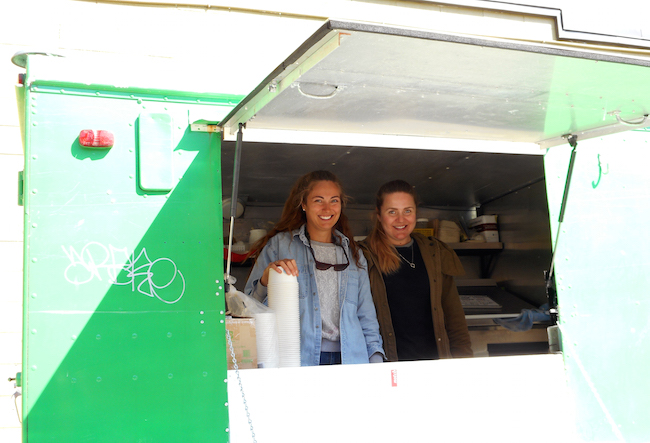 Christina Culver was first approached by Spong and loved what The Salvation Army does. Culver and her sister grew up in Vancouver and has a past as a youth facilitator as she mentioned it was something you just can’t ignore.

Culver decided to serve “The Super Veg Soup” as she calls it because it’s a good chunk of food that’s easy to serve and easy to digest. 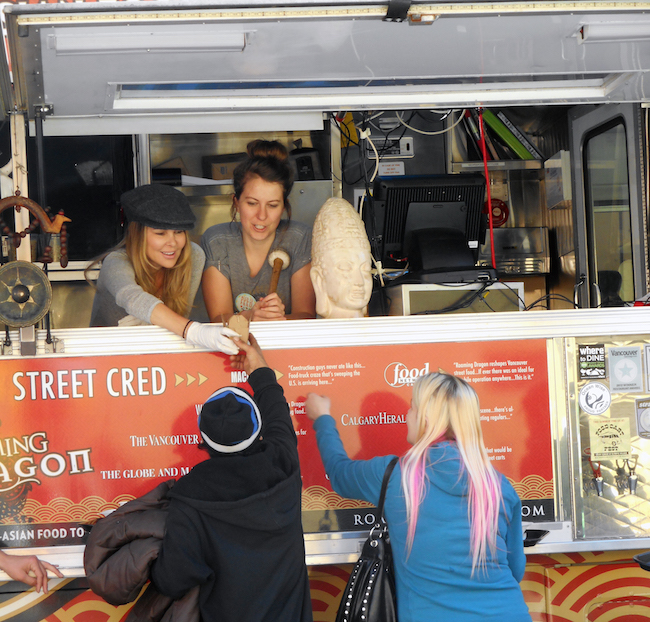 Jason Apple also heard about Need to Feed from Spong and is always looking for ways to connect with the community as he calls food trucks “The Great Social Equalizer,” serving all types of people.

Apple served a peanut and lime curry with tofu with a very lively and colourful presentation. The dish is a fan favourite as it is served with rice, garnished with fresh veggies, peanut butter included within the curry with a bit of heat.

Clement Chan also heard about the Need to Feed event and thought that it was a great way to show their efforts in trying to help the homeless and those in need. 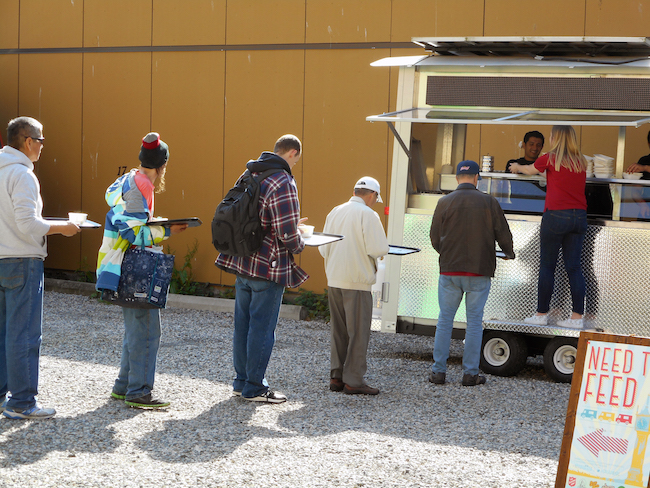 The program is very close to Sarb Mund and Soho Road’s core values of treating everyone with respect and providing the best food possible. When working a mobile business, Mund finds himself driving past Main and Hastings fairly often and it never gets easier to see.

Mund served the Chana Masala on Pilau Rice. It’s a new dish as they typically work their Tandoor ovens for most of their fare. The dish is high in protein, gluten free, vegan and a 10 on the flavour scale. The Chana, or chick peas, is cooked in ginger, garlic, onions, tomato paste and a variety of indian spices (all of which have their own health benefits). The Pilau rice is lightly flavoured basmati rice with carrots, peas and red onions lightly fried into it.

They also unveiled their newest cart for Need to Feed, the Soho Road Tiffin Walla.

About the Salvation Army

The Salvation Army is an international organization that began its work in Canada in 1882 and has grown to become the largest non‐governmental direct provider of social services in the country. They give hope and support to vulnerable people today and everyday in 400 communities across Canada and more than 120 countries around the world. The Salvation Army offers practical assistance for children and families, often tending to the basic necessities of life, providing shelter for homeless people and rehabilitation for people who have lost control of their lives to an addiction.

When you give to The Salvation Army, you are investing in the future of marginalized and overlooked people in your community. 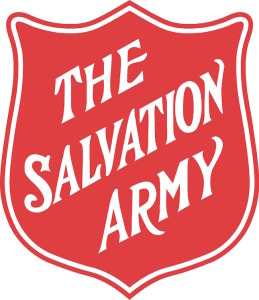 Vancity Buzz is a proud sponsor of The Salvation Army.