The Rogers Santa Claus Parade is returning for its twelfth year this Sunday, December 6. Over 60 marching bands, choirs, festive floats and community groups will be featured in the parade.

Spectators are encouraged to bring monetary or non-perishable food donations. Since 2004, the Parade has collected $141,800 and more than 75,400 lbs of food for the Food Bank to feed hungry families in the Lower Mainland. 300,000 spectators are expected to attend this year. 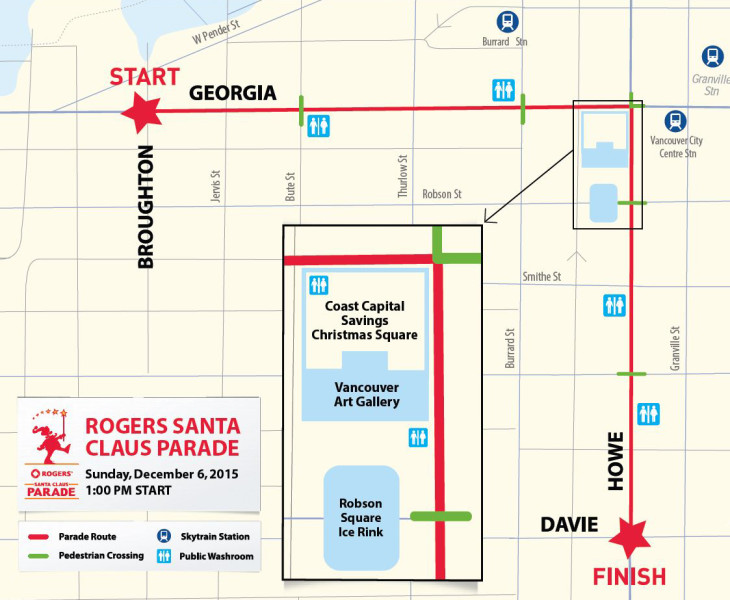 Where: Georgia Street and Howe Street