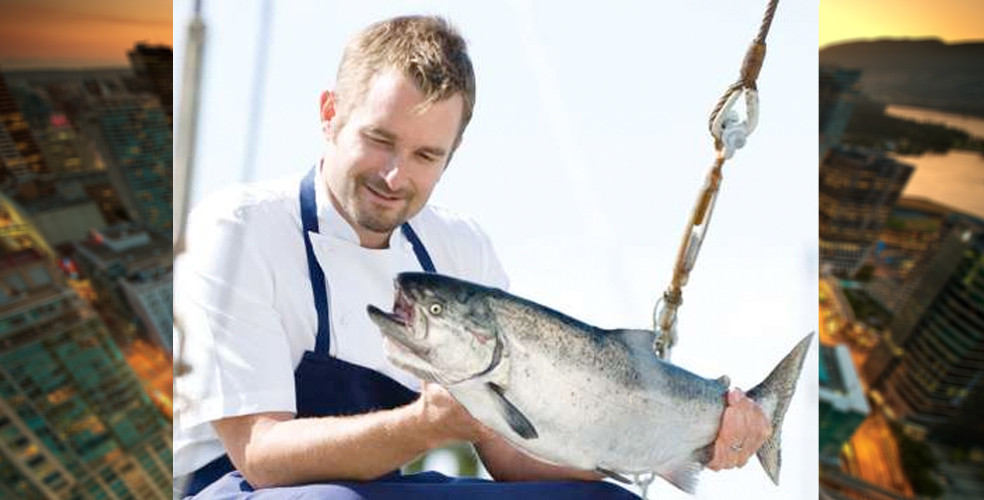 Vancouver-based chef Ned Bell is widely known for his elegant, seasonal, and delicious seafood cuisine, but is equally-known for his dedication to ocean life sustainability. Bell, who has been behind the stoves at downtown’s post YEW seafood + bar at the Four Seasons, now has a new career hat to wear: He’s departing YEW to take a new post as the Vancouver Aquarium’s Ocean Wise Executive Chef.

“Ned’s vibrant personality, infectious enthusiasm and commitment to improving the health of Canada’s lakes oceans and rivers have made a significant impact on those around him,” says the Four Seasons’ Martin Sinclair, ahead of the chef’s move to “new waters.”

“Having [Bell] officially join our team as executive chef will strengthen and expand our national Ocean Wise program and further elevate our culinary experience at the Vancouver Aquarium,” says John Nightingale, president and CEO of Vancouver Aquarium Marine Science Centre, in a media release.

Bell has worked closely with the Vancouver Aquarium, and with the support of its Ocean Wise program, launched Chefs for Oceans in 2014, with an aim to raise awareness about sustainable seafood and the perils of overfishing.

Daily Hive Vancouver spoke with Bell late last year, when he told us his “new year’s resolution” for Vancouver for 2016: “All chefs, restaurants, and grocery stores would move to supportive Sustainable Seafood, as rated by Ocean Wise and Seachoice! We need to make the change, and we can do it together, Coast to Coast to Coast.” With this career move, Bell is well on his way of being a part of the change.

Nightingale adds: “Chef Bell’s immense experience in culinary excellence, matched by his personal commitment to sustainability, will refine our culinary experience – from weddings and large events to a visit to the café, Vancouver Aquarium will be one of the best sustainable venues in the city.”