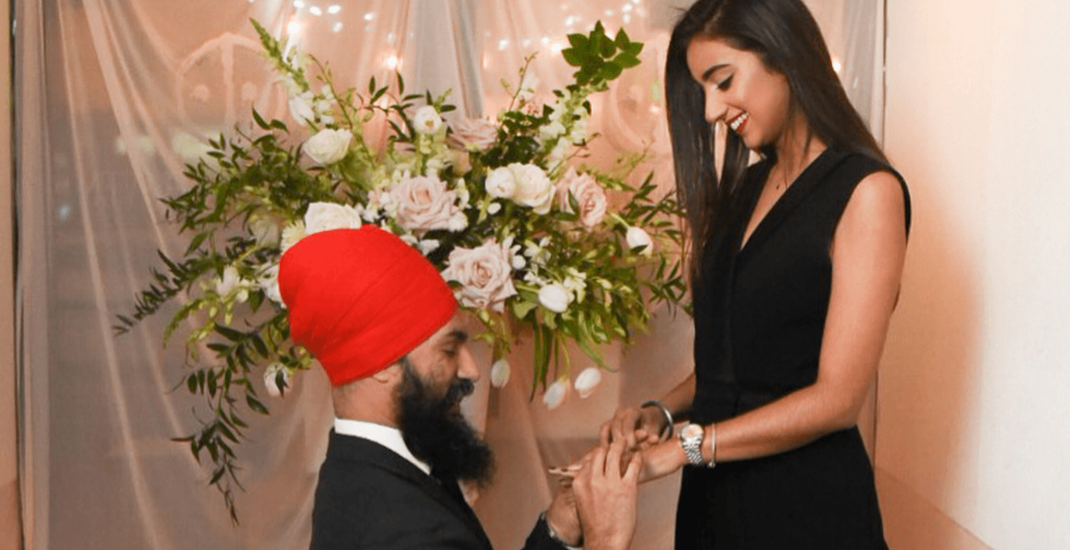 Looks like wedding bells are officially in the air for federal NDP leader Jagmeet Singh.

In December, there was speculation that Singh was already engaged several pictures appeared on social media showing the NDP leader with Sidhu at a very fancy looking celebration.

However, that was a ceremony known as a roka or a pre-engagement.

Traditionally, a roka is a ceremony that takes place before a Sikh or Hindu wedding.
The couple’s families come together to celebrate their commitment to one another before they decide to tie the knot.

It’s a chance for both families to get to know each other and give their blessings and well wishes to the couple as they embark on the next step(s) of their relationship.

So in the case of Singh and Sindu (who are both Sikh) they had their roka first and then he proposed with a ring.

Sikh weddings are often celebrated for at least a week so there are definitely more festivities ahead for this happy couple.