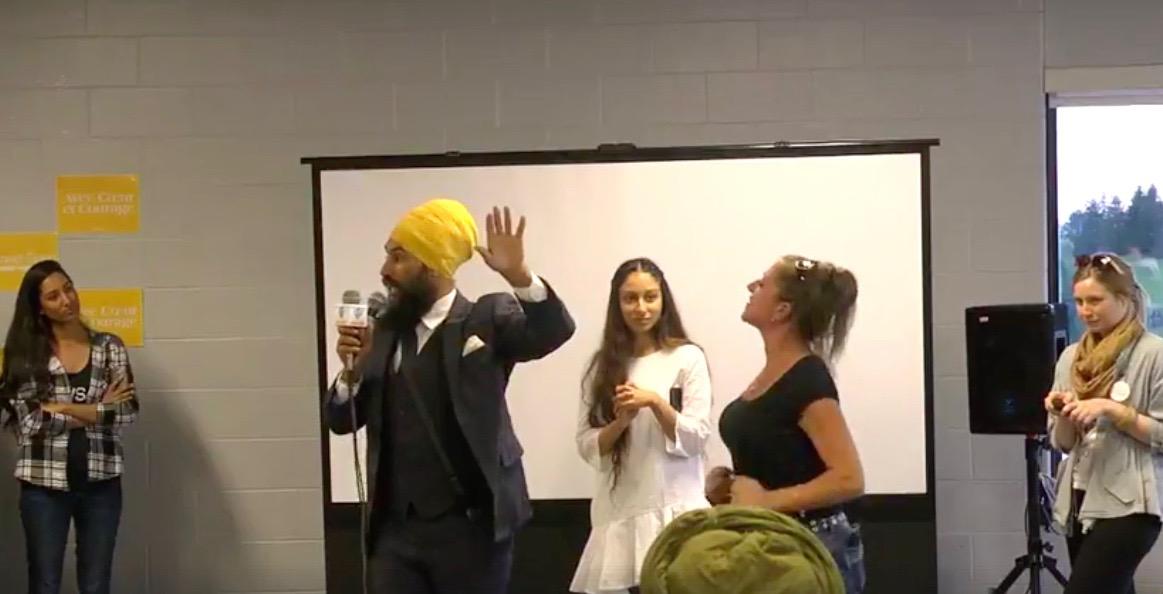 As a Canadian party leader hopeful, Jagmeet Singh displayed nothing but grace at an event in Ontario on Wednesday.

Singh, currently running for NDP leadership, was at a public speaking event in Brampton, Ontario when he was interrupted by a yelling woman. The incident was recorded and shared on social media.

The woman can be seen pacing in front of Singh, yelling “When is your sharia going to end?”

But as she yells, Singh looks to her and calmly says, “You are wonderful. As Canadians, do we believe in celebrating all diversity?” He then asks the crowd to applaud diversity as the woman continues to yell.

“We don’t want to be intimidated by hate, we don’t want hatred to ruin a positive event,” said Singh, as the crowd began to cheer “love and courage” which is his campaign slogan. “We welcome you. We love you. We support you, and we love you.”

The woman loudly tells Singh that he wouldn’t return her calls, “so here I am,” she said.

Singh said the situation was “a little bit awkward” but that it was okay.

“We’re not intimidated by hatefulness. We’re not worried about this, this is okay,” he continues.

Across social networks, Singh is being praised for how he handled the heckler, who had mistaken his Sikh turban for Islam — hence calling out Sharia Law, which is an Islamic law.

The beginning of this video is intense and @theJagmeetSingh handled the racism being yelled in his face with grace #ndpldr https://t.co/4GCOTwYpPz

first few seconds made me tear up a bit, how well @theJagmeetSingh responded to an ignorant racist just affirms my support for him #ndpldr https://t.co/9PTJsLkB8C

Regardless of who you support for #ndpldr, we can all agree this display of #Islamophobia is horrible. Was handled well by @theJagmeetSingh https://t.co/0qDo25ZfgX

But his elegant response reflects on something Singh shared last year.