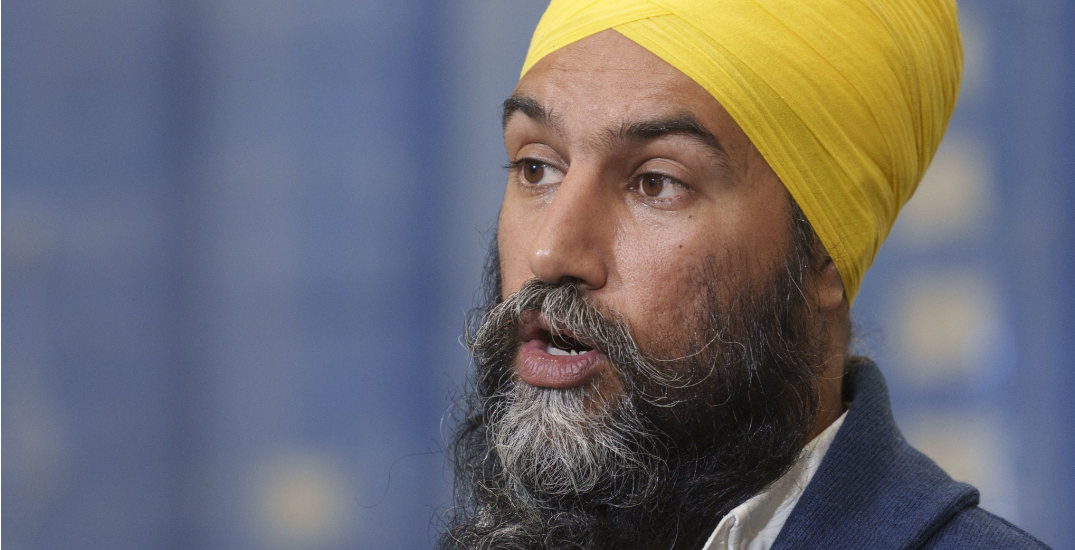 Federal NDP Leader Jagmeet Singh pledged to offer relief from soaring housing prices on Saturday, promising thousands of dollars in subsidies for those struggling to keep pace with payments on rising rental costs.

Singh’s pledge of $5,000 in annual rent subsidies came in downtown Toronto, a riding-rich district where the New Democrats are hoping to win seats away from the Liberals and where the NDP leader says average rents have skyrocketed by more than $4,000 in the past six years.

Singh also said his party would impose strict rules on Canadian Housing and Mortgage Corporation loans in an effort to stop so-called “renovictions.” For-profit companies, he said, have been taking advantage of loans from the federal housing agency to purchase buildings, renovate them and then jack up the rent, forcing those who can’t afford the new rates to find somewhere else to live.

“Buying is out of the question for so many people, even renting has become so difficult,” Singh said at the downtown campaign stop. “Over the past couple of years, [it] has become more and more unaffordable.”

“Justin Trudeau’s allowed this to happen, allow this crisis to get worse, it’s gotten worse while he’s been in power and the CMHC is being used to ‘renovict’ people.”

When asked where the funding for an annual supplement of up to $5,000 a year would come from, he pointed to his party’s previous promise to introduce new taxes on the rich.

A real estate economist said transferring cash to those with low-income is better than just building affordable housing, noting a subsidy can be allocated for other basic expenses.

“It’s not a crazy idea but $5,000 is probably too much,” said Tom Davidoff, an associate professor at the University of British Columbia, noting that such subsidies would likely benefit renters more than supply-side aid such as the rental investment incentives proposed by the Conservatives.

Singh accused the Liberal leader of allowing rents to rise and housing prices to balloon by protecting investors over families.

The Liberal government kicked off a 10-year, multibillion-dollar national housing strategy in 2018-19. The parliamentary budget officer recently found program delays at CMHC, expired community housing deals with the provinces and a shift toward more expensive affordable homes have limited the impact of the strategy.

The NDP leader proposed only allowing CMHC loans to be used on affordable housing rather than renoviction projects, adding Canadians shouldn’t have to compete with foreign investors when buying homes.

“I don’t want them to come to Canada. I don’t want them here,” said Singh, reiterating his pledge of a 20% foreign buyers’ tax on the sale of homes to individuals who are not Canadian citizens or permanent residents.