The hockey world was abuzz last week as Nashville Predators top prospect Jimmy Vesey informed the team that he would be exercising his option within the NHL collective bargaining agreement to become an unrestricted free agent on August 15th.

The Predators will lose the Hobey Baker Award finalist for nothing.

This isn’t the first time that a high profile NCAA senior has used this rule to his benefit. Other names include Justin Schultz, who spurred the Anaheim Ducks to sign with the Edmonton Oilers in 2012 and Kevin Hayes, who did the same thing to the Chicago Blackhawks to sign with the New York Rangers in 2014.

A rule exists within the NHL CBA that allows NCAA players to forego signing a contract with the team that drafted them after their senior year, and become a free agent.

This is a hot topic of debate among hockey fans whether these players should be able to control their destiny so easily. But they aren’t beating the system or using a loophole, they are just utilizing a rule 8.6c that is outlined within the CBA.

With that being said, Nashville Predators GM David Poile has every right to be frustrated with this situation, as he stated that Vesey told Predators management at the deadline that he intended on signing a contract once his season with Harvard was done. One month later, Vesey changed his tune and decided to opt for free agency. So after patiently waiting four years for him, the Predators are left standing at the alter without their prized prospect.

But how does this relate to the Canucks? 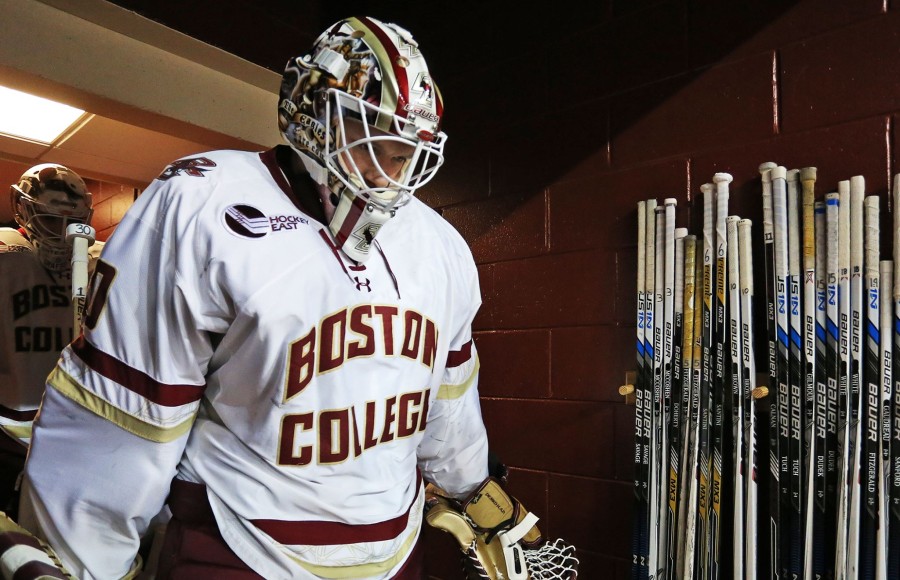 The Canucks have two top prospects currently plying their trade in the NCAA in goaltender Thatcher Demko and forward Brock Boeser. They also have forward Adam Gaudette at Northeastern University, although he doesn’t have the same pedigree as the other two.

Demko has had a fantastic junior season for Boston College, winning the Hockey East co-Player of the Year and setting a new Boston College single season shutout record with 10. He has also been named a finalist for the Hobey Baker Award, which is awarded to the top collegiate player in the NCAA, and has a very good chance of taking the award home. Lastly, he has a chance at the national title as his Boston College Eagles will play in the Frozen Four this weekend.

The key in that spiel is that Demko will be concluding his junior season this year, meaning he has one more year of NCAA eligibility.

All indications are that the Canucks intend on getting him under contract as quickly as possible after his season concludes, with Canucks GM Jim Benning going as far as saying that they will get him signed:

“Demko is a player that we’ve drafted, he’s from San Diego and wants to be on the west coast, we’ve spent time with him, he likes our organization, he’s best friends with Jared McCann already through development camps,” Benning told Sportsnet. “So he’s a guy we’re going to get signed. We’ll wait until after his season, but we’ll get him signed.”

So, the looming possibility of Demko opting for free agency after his senior season shouldn’t be an issue. The Canucks have time on their side, and based on the comments from Benning above, it’s a fair assumption that the prized goaltending prospect wants to remain in the fold and Canucks management will be aggressive in getting a deal done. 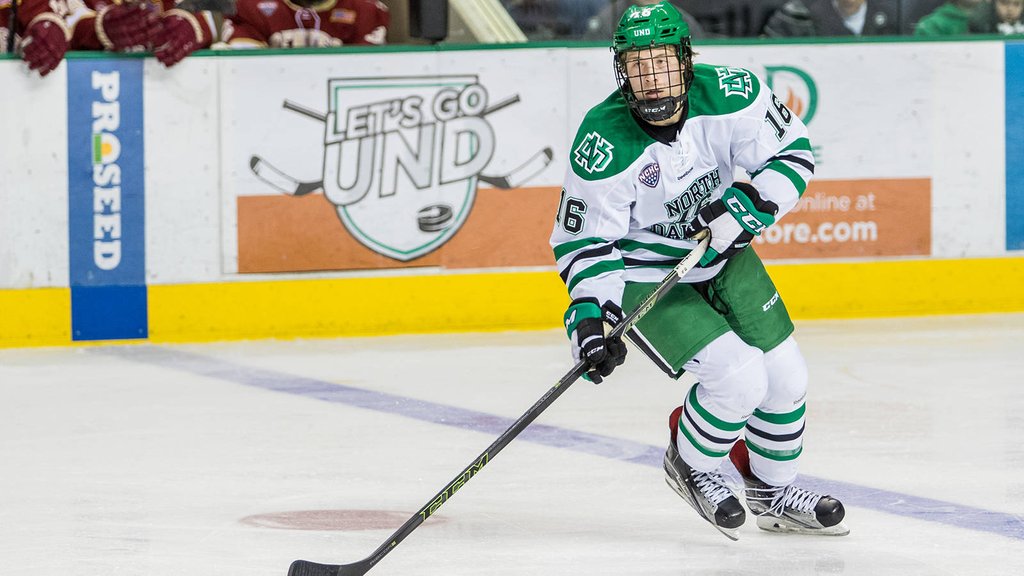 Brock Boeser has had an excellent season with the University of North Dakota this year. Currently eighth in NCAA scoring and second amongst freshman, Boeser has been a dominant offensive force and hopes to continue that this weekend, as North Dakota has advanced to the NCAA Frozen Four. To no one’s surprise, Boeser won the NCHC Rookie of the Year award.

When the news about Vesey had become public, Canucks fans eyes turned to Boeser with concern that this may be a path that the Canucks are eventually presented with. But again, the Canucks have time on their side, Boeser will be completing his freshman season this weekend, so he still has two more full years before he even begins his senior year.

All indications are that Boeser will return to North Dakota next season to continue to round out his game and further his education.

This isn’t a bad thing!

North Dakota is one of the best regarded collegiate hockey programs in the country with a long history of churning out fantastic NHL players. Some of their alumni include Jonathon Toews, TJ Oshie, and Zach Parise.

GM Jim Benning intends to speak to Boeser once the UND season is done to see his intentions, but it’s a fair belief that the Burnsville, Minnesota native will return to North Dakota.

So although Jimmy Vesey’s news may have caused some panic, based on all the information we have, that concern for the Canucks prospects may be a bit misguided.

Both Demko and Boeser have time before entering the senior season, and it’s clear that Canucks management are very keen on keeping tabs on them and getting them signed as soon as they are ready to turn pro.

However if Demko does opt to return for his senior season, some worry would be warranted. Looking at the Canucks situation at this moment, there shouldn’t be any of that regarding either of these top prospects.