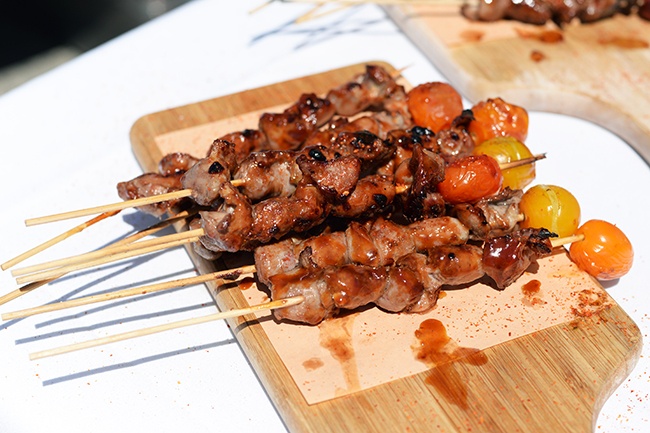 As the NCAA Final Four draws closer, I’ll give you a preview of each matchup between Kentucky and Louisville and Kansas/Ohio State.   All week Calipari has told his team, at least according to his news conferences, that he isn’t worried about the rivalry between Kentucky and Louisville, or even winning a national championship. Instead he’s worried that Kentucky plays “its best basketball”.  Some may think Calipari is crazy, but honestly, it’s a very appropriate approach.  Basically what he’s saying, When UK plays its best basketball, particularly on the offensive end, and they can’t be stopped.  Since the start of the Big East tournament, Louisville has won eight straight, and has changed its style of play more than a few times.  The Cardinals have held opponents to a combined .88 points per trip and rocketed up Pomeroy’s defensive rankings.  So in other words, if any defense in the country can slow Kentucky’s offense right now, Its Louisville’s.

What makes the Wildcats offense so good? Well when you have Marquis Teague, Michael Kidd-Gilchrist , Anthony Davis, Terrence Jones, Doron Lamb, and Darius Miller, you can pretty much do anything with these players. You can penetrate the lane, work off screens, dominate the boards, get easy buckets, etc.  Newsflash: Kentucky is REALLY good.  These two teams do have something in common: they both have a weakness.  Louisville has a not so good offense, and Kentucky has a not so good defense.  The Cardinals most frequently used offensive half court play – a high ball screen – has yielded just 0.739 points per trip (according to ESPN.com) in the tournament.  The best thing Louisville can do is keep the offense moving, and maybe keep the baskets flowing for something good to happen.  Unlike the wildcats, Louisville has to actively generate ways to score, and in this game, that means pace.

Now believe this, three of the top four best defensive teams are in the Final Four, and none of them are Kentucky.   In order: No.1 Louisville, No. 2 Ohio State, and No. 4 Kansas. The cliché statement: Defense wins championships could come true this weekend.  Can Kansas defend their way to a win? Would a game in which both teams hover around or below the 1.0 point-per-possession mark be in their favor? Maybe, but I highly doubt it. This means two things for Coach Self and the Jayhawks as they prepare for Saturday’s clash: 1. Kansas has to win the interior scoring battle. 2. Tyshawn Taylor MUST stay in control.

Now that we know all about Kansas’ interior defense and  the relative impenetrability thereof – what hope is there for the Buckeye’s offense?  Let’s do a two point plan like we did for Kansas.  1. Use Jared Sullinger and Deshaun Thomas to stretch the floor.  2. Hope William Buford makes some shots.  Sullinger is generously listed at 6’9.  Thomas is listed at 6’7, which seems closer to reality.  But either way, the Buckeye’s starting forwards are at a major height disadvantage against the defense they’ll face Saturday.  Sullinger has considerably expanded his game, but he remains at his best when he can clear defenders out of his way and score with high right over his left shoulder.  Against the 7-foot Jeff Withey, that could be a problem for Sullinger on Saturday.  Which is why it’s time for Sullinger to flash that 15 foot jumper he stayed in school to develop?  You don’t want to push Withey under the rim, because he will just destroy under the rim, push him out to 15 feet, where he will be useless.  Whether the Jayhawks play man to man defense, Thomas and Sullinger’s ability to score away from the rim will be key.

My picks to be in the Final this year will be: Kansas and Kentucky.  Kentucky has a great offense, and seems like no one can stop them. The only way Louisville can win the game against Kentucky if they play superb defense and provide the upset.  On the other side, I believe Kansas will take down the Buckeyes, Kansas has got a strong defense, and will most likely stop the weak offense of the Buckeyes.
That’s all for now folks! Hope everyone has a good weekend, and follow me on twitter @kevincawthra! Until next time,