We’ve all heard of the Dream Team, right? The USA basketball team has been hyped up and nearly idolized for over two decades by fans around the world. However, the times are a changing, and Canadian basketball is being treasured like never before.

Former members of Team Canada, Dave Turcotte (1982-95) and Howard Kelsey (1977-88) have drawn up a “give and go” play that’s sure to score big with Canadians. Their plan is to connect former and current players, coaches, referees and managers through their new association, the Canadian National Basketball Team Alumni (CNBTA). With the newly launched website, these two legendary Canadian basketball alumni will ensure the growth of Canadian basketball is appreciated and supported for years to come.

“The biggest emphasis is to save the history of our sport, the people we’ve played with and everything that connected us to our tradition,” explained Turcotte, a native of Sudbury, Ontario and former Colorado State star. 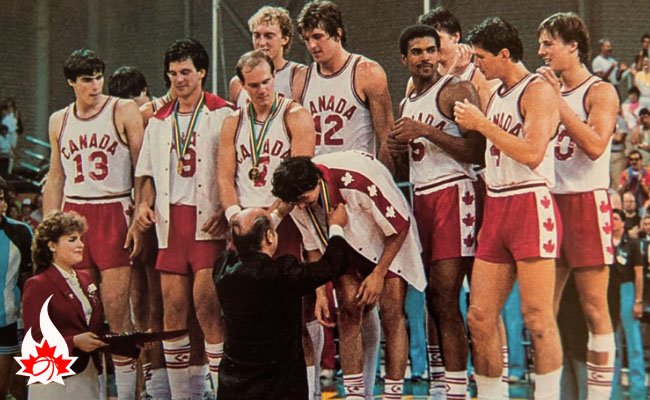 Local Vancouverite and Co-Founder of KitsFest, Howard Kelsey, an 11-year veteran with the national team, hopes to help educate people through the CNBTA on the rich tradition existing in the world of Canadian basketball.

“We are basically a hockey nation and less people care about the history of sport in our country unless it is hockey-oriented…but that is now changing–slowly,” said Kelsey.

Canadian basketball has a strong future and well deserved place on the map. Recent NBA draft pick, Andrew Wiggins (from Toronto, Ontario) was the second Canadian in history after Anthony Bennett in 2013, to be selected number one overall. Wiggins is projected to win Rookie of the Year, later this year.

Last weekend showed an incredible display for the promising future in Canadian basketball as Gonzaga’s Kevin Pangos, Kyle Wiltjer and Dustin Triano took the Bulldogs to a record breaking season that ended with a loss to Duke in the Elite 8 (66-52). Not to worry, Canada, top ranked Kentucky Wildcats freshman Trey Lyles (Saskatoon, SK) is in their starting lineup and they’re on pace to a undefeated championship season.

Here is a list of all 28 Canadians that are currently playing in the NCAA Men’s Basketball (courtesy of The Canadian Press):

Canadian basketball is on route to having a strong future and it all started with a solid foundation.

For more information, visit nbtaa.com or find them on Twitter at @AlumniHoopsCan.