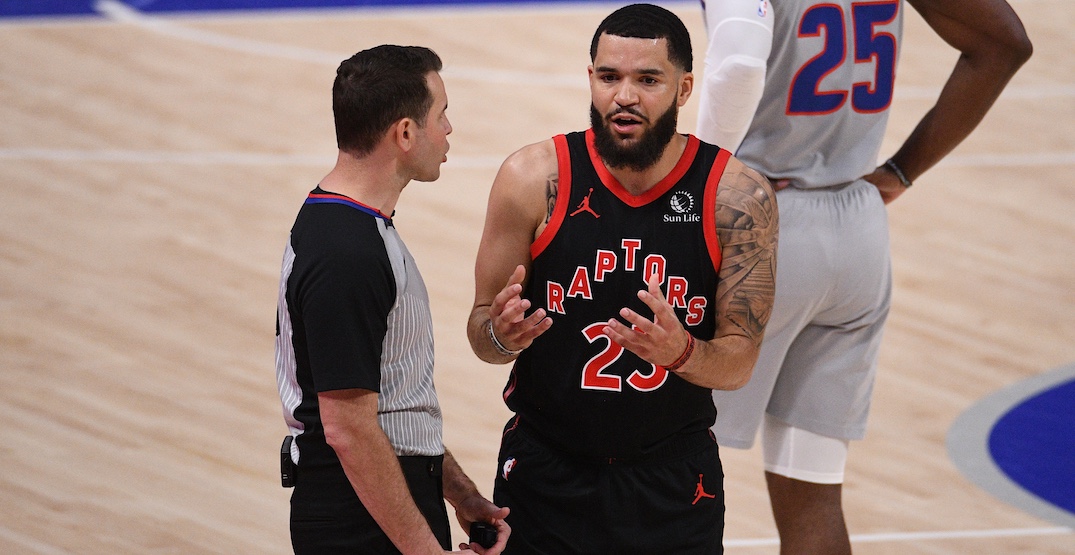 Toronto Raptors guard Fred VanVleet and forward DeAndre’ Bembry have each been suspended one game for leaving the bench during a game against the Los Angeles Lakers.

The following was released by the NBA. pic.twitter.com/rl7ZuwYMa4

The suspension stems from an incident between the two teams on Tuesday where OG Anunoby flipped over Lakers guard Dennis Schroder.

That caused multiple Lakers and Raptors players to come together and argue, which also resulted in Lakers forward Talen Horton-Tucker’s suspension for a game.

In retaliation, both VanVleet and Bembry left the bench to help break up the scuffle. In the NBA, leaving the bench is an automatic suspension.

After the announcement, VanVleet took to Twitter to express his opinion on the suspension.