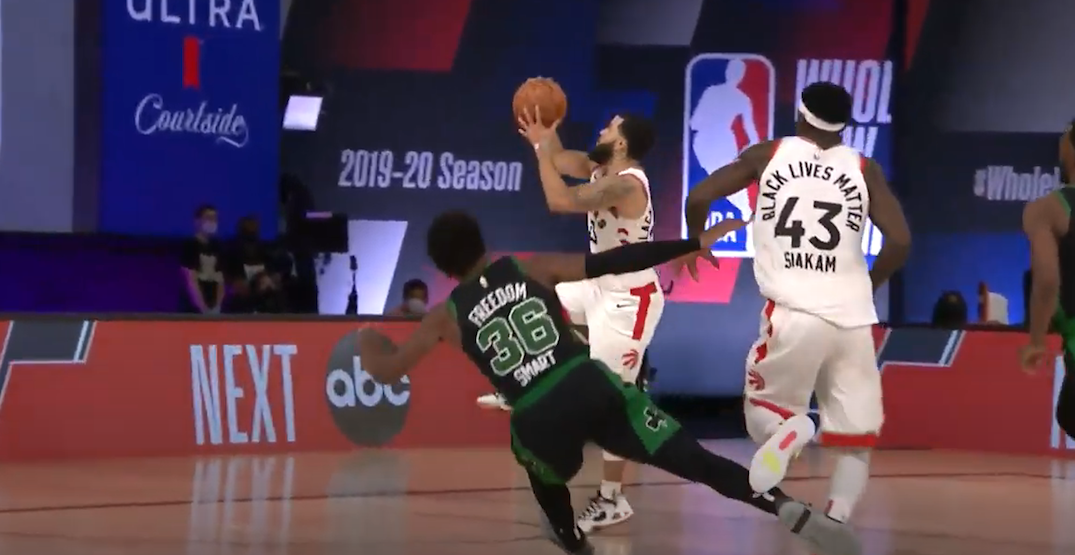 Marcus Smart’s wallet is a little lighter today, after the Boston Celtics guard was fined by the NBA.

Smart’s acting skills were on display late in the third quarter of Game 2 against the Toronto Raptors, when he initially drew a foul on Pascal Siakam. Not only did Smart flop on the play, he initiated contact with Siakam.

The play was ultimately reviewed and reversed.

The play was so egregious that Smart has been fined $5,000 by the NBA for violating the league’s anti-flopping rules.

Unfortunately for the Raptors, this does little to soothe the sting of Tuesday’s loss. Smart played a major factor in the Celtics win, hitting six three-pointers in a 19-point performance.

Smart also got away with a foul on Siakam late in the game in the estimation of Raptors head coach Nick Nurse.

“I think Smart fouled the shit out of him,” Nurse told reporters after the game.

Boston now has a commanding 2-0 series lead, setting up a near must-win playoff game for the Raptors on Thursday at 6:30 pm ET/3:30 pm PT.

It’s a position the Raptors know well, as they also trailed 2-0 to the Milwaukee Bucks in last year’s Eastern Conference Finals.