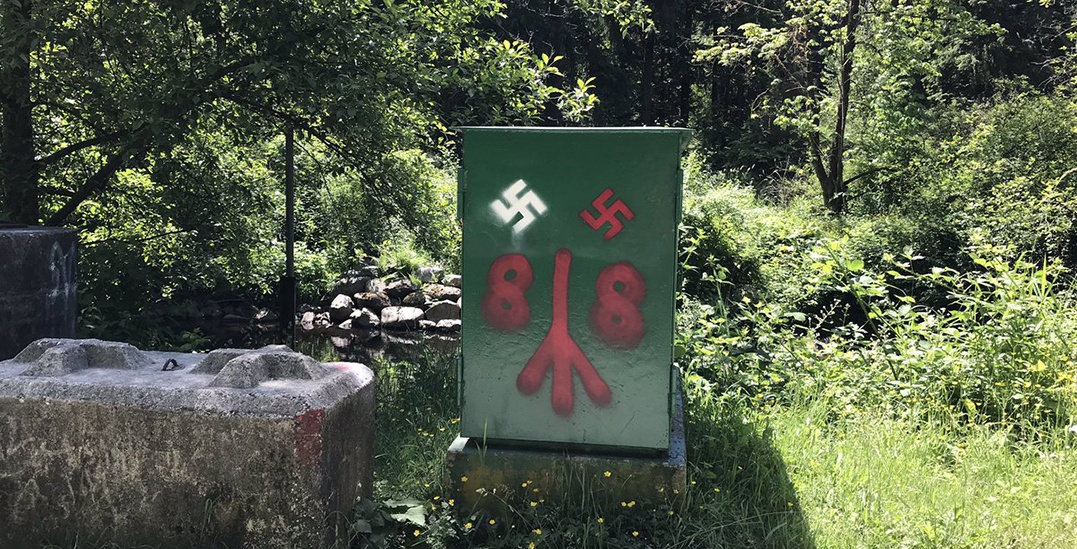 Police are investigating after Nazi graffiti was found on a utility box on a popular Metro Vancouver trail.

Photos were uploaded and shared on social media on Sunday afternoon. The owner notes that the graffiti is fresh and was found on the Central Valley Greenway between North Road and Cariboo Road.

Hey @cityofcoquitlam @CityofBurnaby @New_Westminster @TransLink – I’m not sure who is in charge of the CVG trail between North rd and Cariboo, but there is some fresh Nazi graffiti here. pic.twitter.com/CZEE5LQfAG

Richard Stewart, the Mayor of Coquitlam, was also quick to voice his disappointment.

The Mayor took to Facebook, noting not just the “hundreds and thousands [graffiti] costs taxpayers,” but also how saying how “offended and disgusted” he was by the incident.

“On behalf of city council and our residents I condemn this mindless and senseless act, and the hate it is intended to convey,” he writes. “I stand with our local Jewish community, and our residents from every race, creed, and culture in opposing this cowardly act.”

He also stated that police are investigating the incident.