The National Bank of Canada will be the anchor tenant of The Exchange building, a new 31-storey office tower under construction at Howe and West Pender streets in downtown Vancouver.

This is part of National Bank’s recently implemented business strategy to expand its reach beyond Quebec and Ontario. As of last spring, the bank had 451 branches across the country, with 339 in Quebec, 74 in Ontario, 27 in New Brunswick and only nine branches west of Ontario.

While many Western Canadians may be unfamiliar with National Bank, it was founded in 1859 and is Canada’s sixth largest bank.

“National is looking at growing from being a super- regional bank to having much more of a national presence,” Kash Pashootan, a portfolio manager with First Avenue Advisory of Raymond James Ltd., told Bloomberg News in March 2014.

National Bank’s occupation at The Exchange will not be possible until 2017, when the building is scheduled for completion. Construction on the $240-million building began in January 2014.

The Exchange is designed by Swiss architect Harry Gugger and incorporates Vancouver’s 1929-built Old Stock Exchange building with the addition of office tower floors above the historic structure.

The office tower project is funded by Credit Suisse, one of the largest private real estate investors in the world. 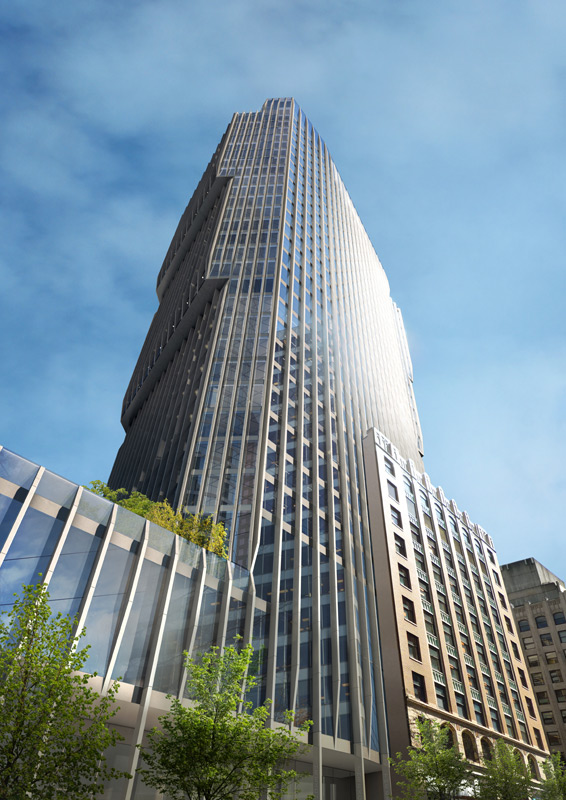 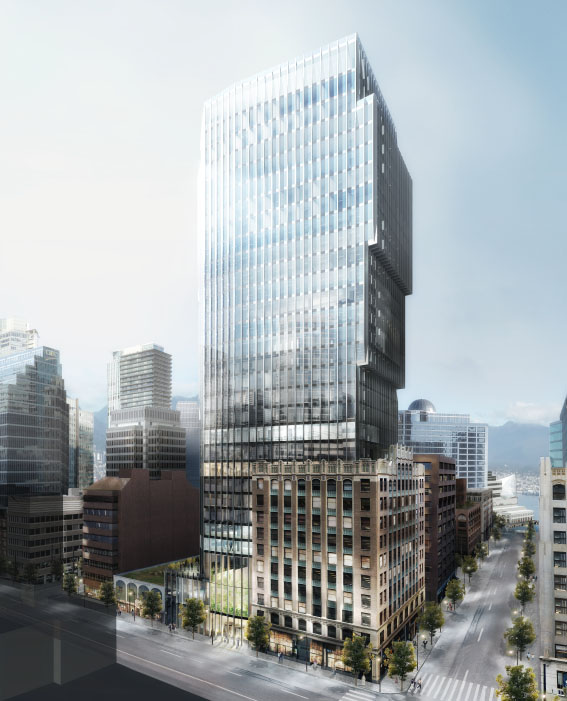 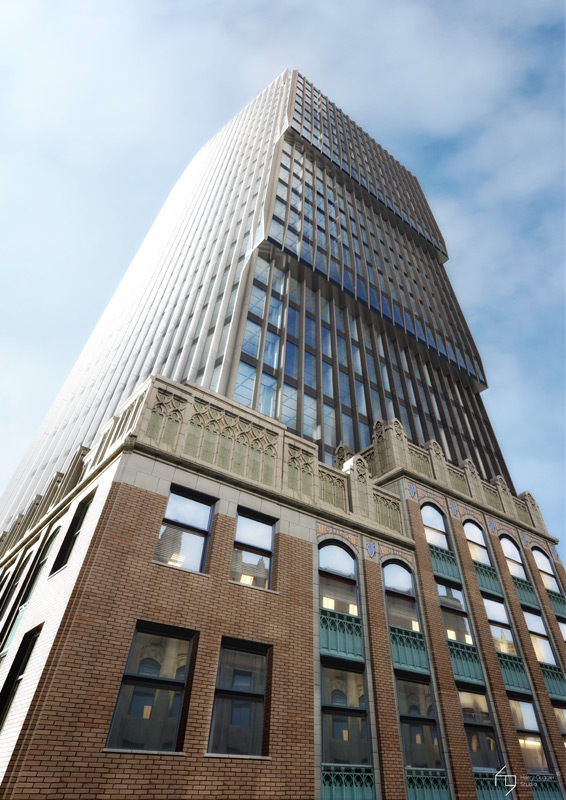 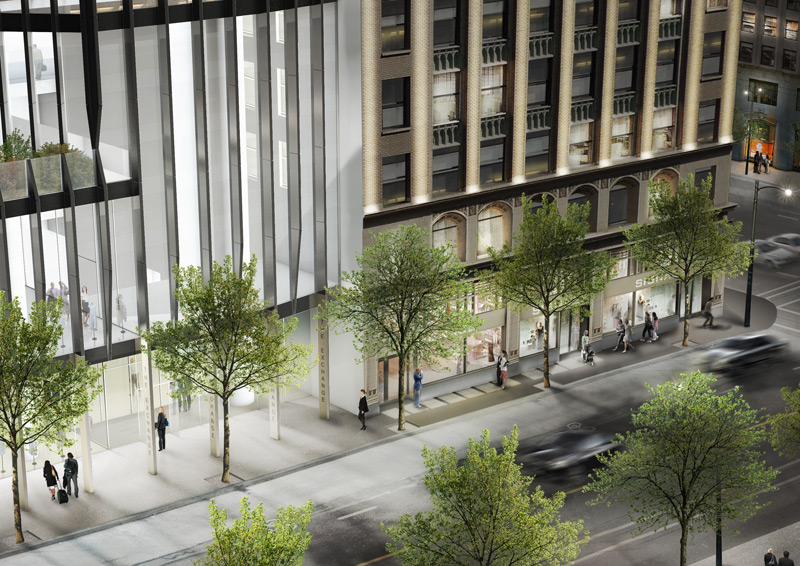 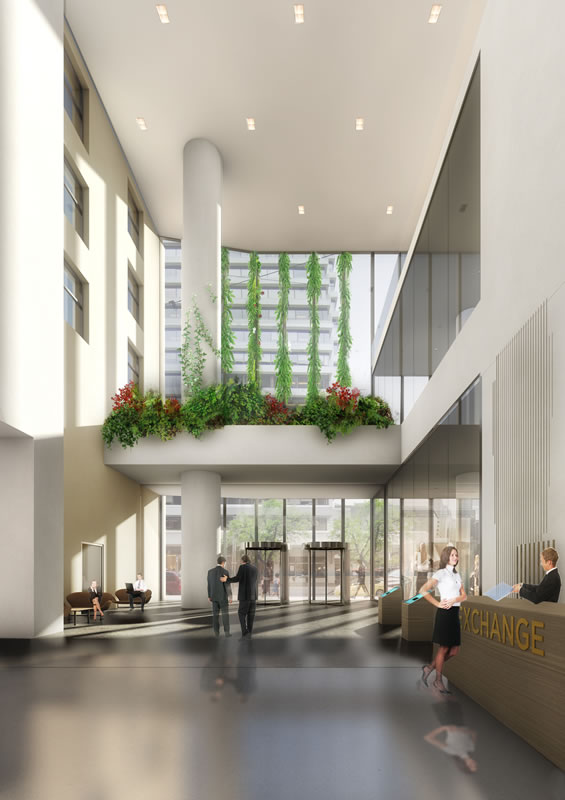