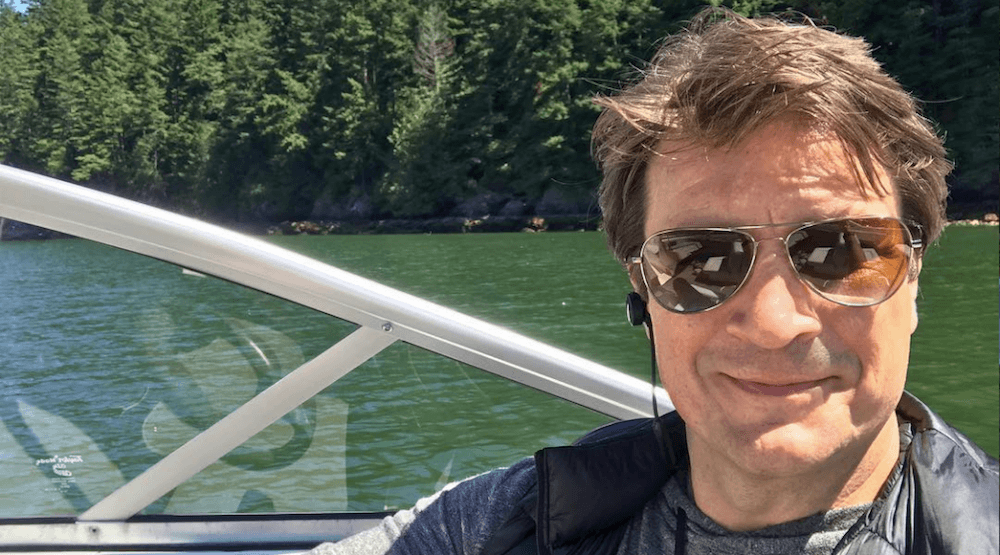 It’s no secret that Vancouver is a photogenic city.

When you’ve got landscapes, skylines, and forests for days, you know that the biggest shows will be shooting in our green corner of the world… which also means Vancouver becomes a usual destination for A-list actors.

Nathan Fillion—a new cast member on Lemony Snicket’s A Series of Unfortunate Events—has been enjoying life on the West Coast in recent weeks, filming of the Netflix original’s second season.

And while the Baudelaire orphans may live in a dark, grey, and depressing world full of evil counts and sinister theatre troupes, Fillion at the very least was enjoying BC’s sunshine.

Fillion has been posting to social media of his West Coast adventures, from the streets of Vancouver to the greenery of Victoria.

I wonder if anyone let him budge in line…

Rich coffee, tasty food, friendly staff. If you see me waiting in line behind you, it’s totally acceptable to let me have your table.

I think these fellas are from out of town.

Enjoying the Butchart Gardens in Victoria

Victoria, BC. Haven’t been since I was a wee lad.

A beautiful backdrop for a boating selfie

Waiting 6 1/2 hours to work makes me yearn for my boating adventure yesterday. Also, where are the public docks so I can go have lunch during my ride?

Lemony Snicket’s A Series of Unfortunate Events has been renewed for a second and third season, with Fillion to play Jacques Snicket, Lemony Snicket’s (Patrick Warburton) brother.