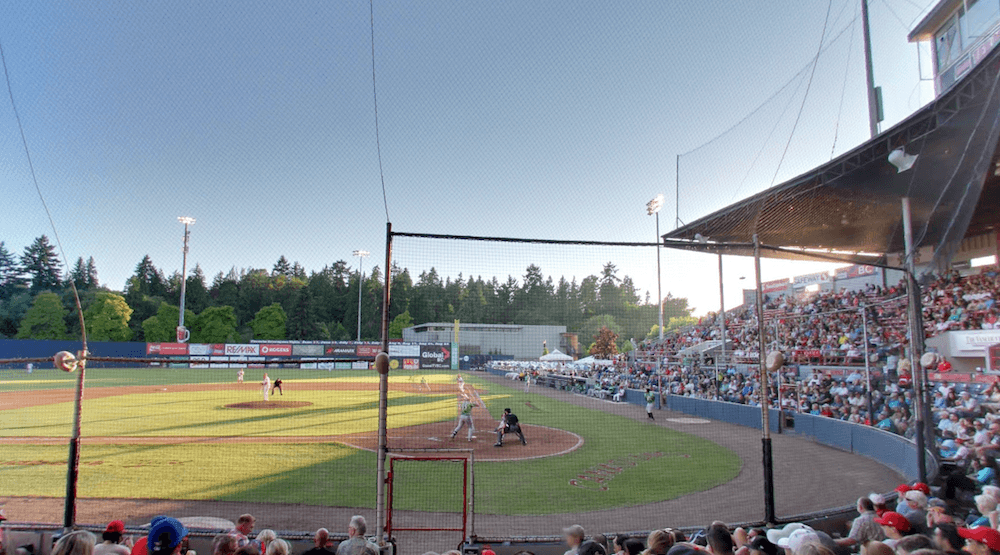 Scout Magazine has released its annual list of top 100 stadium experiences, and once again, a pair of Vancouver stadiums have made the list.

Vancouver’s top stadium experience was judged to be Scotiabank Field at Nat Bailey Stadium, coming in at 44th spot.

Given that a number of minor league baseball stadiums made the list, Nat Bailey’s inclusion shouldn’t be surprising.

Nat Bailey is old (built in 1951) and small (capacity is just 5,132), but you can’t substitute its charm. There’s a reason why it has been called the “best little ballpark in North America” for so long.

There are few places in Vancouver better to be on a sunny summer evening than the little ballpark overlooking Queen Elizabeth Park. Add in some food, drinks, and a baseball game and how can you lose?

Scout praised Nat Bailey’s food and drink options, as well as the atmosphere from fans, and affordability. If you’ve been to a Canadians game, it’s not hard to see why.

“The atmosphere at The Nat is truly special,” Scout raved. “Fun is the goal, and the C’s have succeeded in this department. It is a beautiful stadium, highlighted by a view of the regal Queen Elizabeth Park. There is a wide range of ages working at the stadium, and everyone is extremely helpful and nice.”

You might think that a city the size of Vancouver would turn its nose up at Single A baseball, but instead the city has love affair with the Canadians. Nat Bailey is a huge reason why.

Also making the list from Vancouver was BC Place, clocking in at 90th position.

Once thought of as a place that Vancouverites hated going, the new retractable roof and subsequent renovations have made a big difference for BC Lions, and now Vancouver Whitecaps games.

It’s still too big of course, but the job they’ve done partitioning off the upper bowl has helped with giving it a smaller feel. And the times BC Place is actually full, as it was for Grey Cup (2011, 2014), the FIFA Women’s World Cup (2015), and Canada’s World Cup qualifier versus Mexico last year, it’s a great place to watching a sporting event.

The top stadium experience in North America was judged to be Camden Yards, home of the Baltimore Orioles. The best stadium in Canada was listed as the MTS Centre, home of the Jets in Winnipeg.