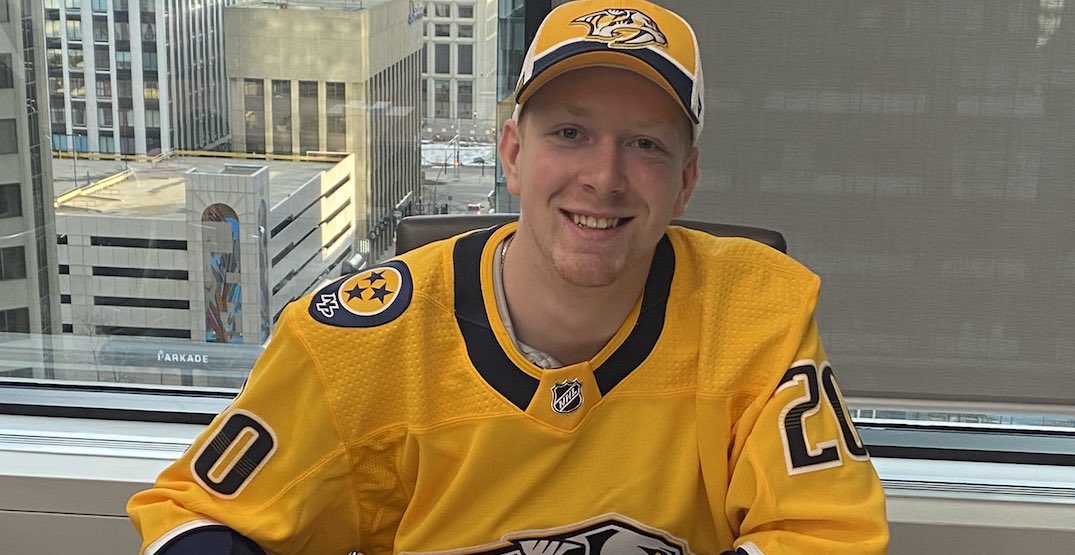 The 19-year-old Nashville Predators prospect has come out as gay, marking the first time in NHL history that an active player has done so.

“While the past year and a half has been crazy, it has also given me the chance to find my true self,” Prokop announced on social media. “I am no longer scared to hide who I am.

“Today, I am proud to publicly tell everyone that I am gay.”

The Edmonton product, who played the past four years as a defenceman with the WHL’s Calgary Hitmen, was drafted by Nashville in the third round of the 2020 NHL Draft. Prokop signed a three-year contract with the Predators in December and is set to make his pro debut next season.

“It has been quite the journey to get to this point in my life, but I could not be happier with my decision to come out,” Prokop added. “From a young age, I have dreamed of being an NHL player, and I believe that living my authentic life will allow me to bring my whole self to the rink and improve my chances of fulfilling my dreams.”

NHL Commissioner Gary Bettman released a statement on Monday, thanking Prokop for bravely sharing his truth, adding that the league is proud of him. The NHLPA and Nashville Predators have also expressed their support for Prokop, as have many others around the league.

“We’re obviously very proud of him for taking that step,” Predators captain Roman Josi told Amalie Benjamin of NHL.com. “Our message as a team [is that] we’re obviously very supportive of him. We just reached out and told him [we’ll help with] whatever he needs and that we’re proud of him. It’s a big step for him, and we fully support him.”

Prokop’s announcement comes less than a month after Carl Nassib made NFL history as the first active player in that league to come out.

“I wanted to make sure that he knew that I’m available as a resource, and most importantly as a friend,” added Nashville teammate Mark Borowiecki. “LGBTQ equality and inclusion, especially in sport, is something my wife and I are really passionate about.

“To see the bravery and courage that it takes for Luke, a young man who’s not an established player in this league, to come out and be so open and honest, I think it’s just incredible and honestly very, very impressive.”