Courtesy of NASA’s Eagleworks Advanced Propulsion Physics Laboratory and its lead, Dr. Harold White, we finally have our first look at their conceptual design for a warp drive spaceship, capable of interstellar travel.

White, who also works in ion engines and plasma thrusters into the design, spoke about his conceptual ship at a conference last fall, but interest in the project reached a new level when he unveiled images of what the craft might look like this week.

Since 2010, NASA has been working on developing a warp drive that would allow starships to travel at speeds faster than light, approximately 299,792,458 metres per second.

Boldly going where no design has gone before, and teaming up with artist Mark Rademaker, they conceptualized their ship over 1,600 hours based upon the mathematics and technology used and being developed at the lab, and came up with a spacecraft that would look right at home in Star Trek and science fiction. Fittingly the concept ship has been named IXS Enterprise, after the famous craft piloted by Captain James T. Kirk. 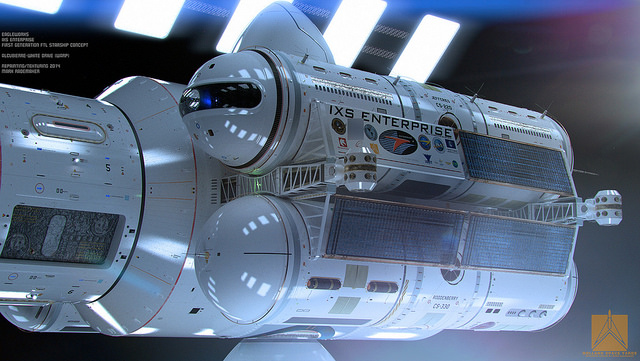 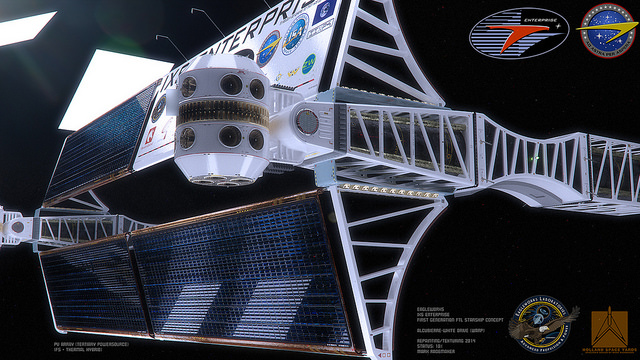 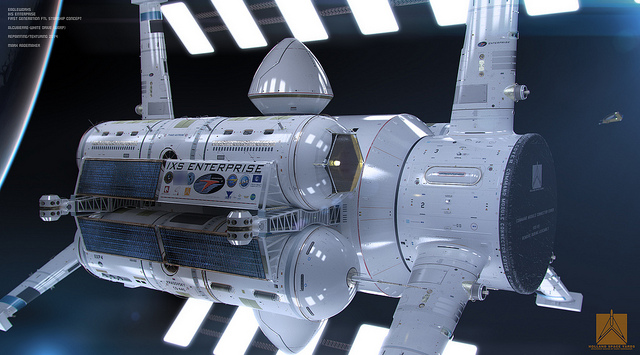 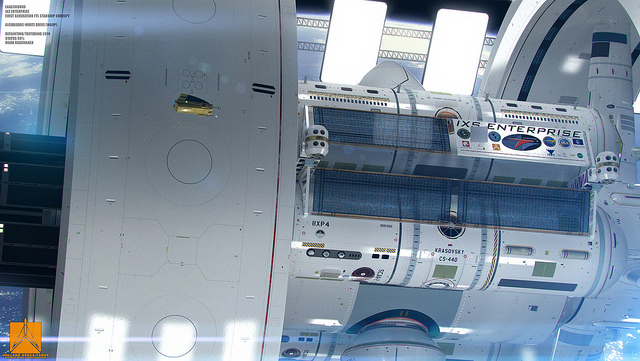 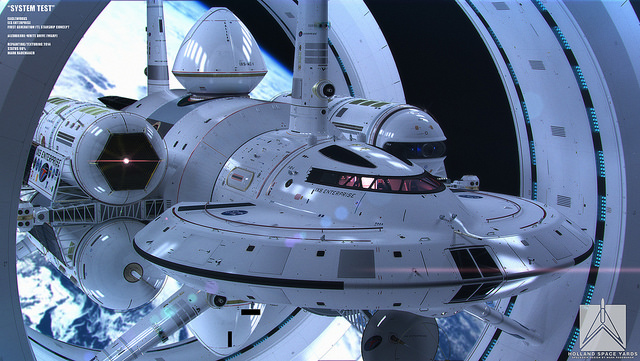 Last November, while speaking at the SpaceVision 2013 Space Conference in Phoenix, White discussed the idea of a “space warp,” a loophole in the theory of general relativity that would allow for massive distance to be traveled very quickly, and reduce travel time from thousands of years to mere days.

White further described space warps as faraway galaxies that can bend light around them. They work on the principle of bending space both behind and in front of a spacecraft. This would essentially allow for the empty space behind the ship to expand, both pushing and pulling it forward at the same time; similar in concept to that of an escalator or moving walkway.

Because travel into space has been extremely limited due to existing means of propulsion, such a technology would blow open the possibilities of space exploration and allow for the study of even the farthest reaches of space.

According to NASA, there hasn’t been any proof that a warp drive can exist, however the agency is experimenting nonetheless. The concept works within the laws of physics and does not violate the first Einstein commandment, “Thou shall not travel faster than light,” but that doesn’t necessarily guarantee that it will work.

That being said, you have our attention NASA, now, make it so.

Faster than Light – Wrap Drive: Is it possible to travel faster than light? NASA’s Advanced Propulsion Lead, Dr. Harold White, has modified a previously unsuccessful FTL model called the Alcubbierre Drive, and has successfully proven that faster than light travel might just be possible: