To say that interior designer turned Bachelorette turned TV host Jillian Harris has been busy in the past year would be a gross understatement.

On top of co-hosting W Network’s ‘Love It or List It Vancouver‘, the pint-sized dynamo collaborated with Korhani Home on a stylish new line of Canadian-made, eco-friendly rugs. She’s also just released her second collection of ‘Jillian Harris for Privilege‘ clothing. It’s full of cozy knits and chic layering pieces, perfect for the damp West Coast winters (totally accessible price point too!). Oh, and she somehow finds time to crank out her awesome blog.

It was in the midst of this empire building that something wholly unintentional happened: She fell in love. The very busy designer and her longtime boyfriend, not looking to bring a furry friend into their lives, found themselves the new proud parents of a wee Boxer puppy: Nacho Cilantro. 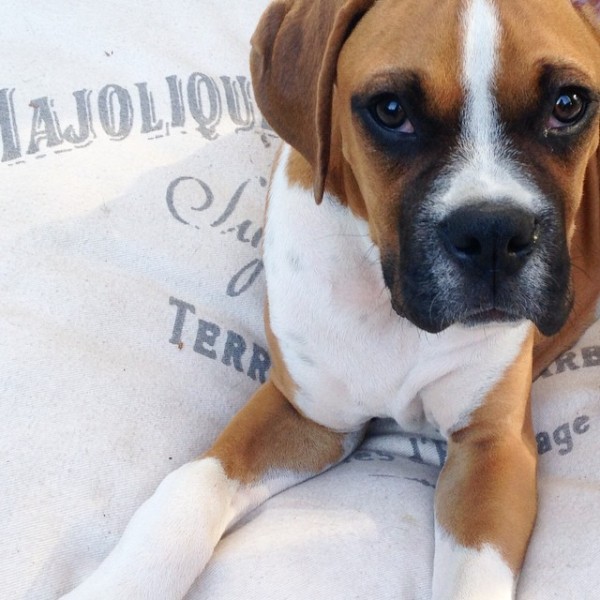 Jillian chatted with Vancity Buzz columnist Darcy Wintonyk about her unintentional adoption, the joys of having a rescue dog, and how Nacho just might inspire a new line of pet products (she’s already named a toque after him).

Were you planning on adopting a dog when Nacho came into your life?

Justin really wanted a dog but I was unsure. I love dogs so much, but let’s be serious, I have a super busy life and I was worried I wouldn’t have time for a dog. That’s why I wanted a small dog. Nacho is NOT small. 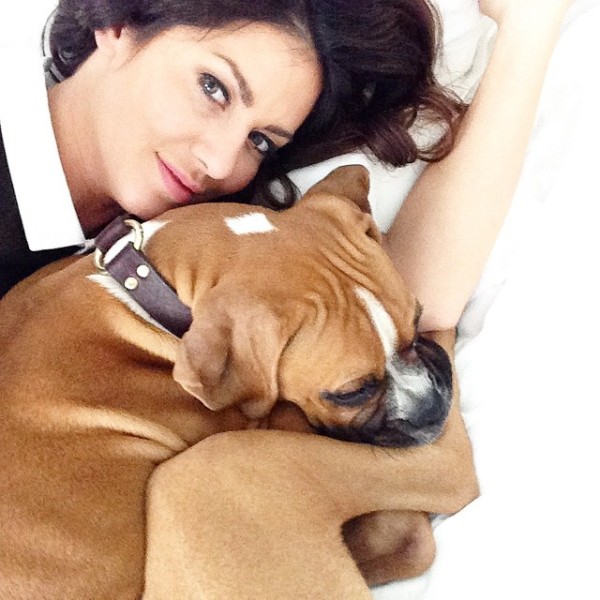 Nacho is no ordinary adoption. He went through quite the journey to get here.

Justin’s brother Matt and his girlfriend Claire were in Mexico when they stumbled upon a purebred Boxer and a litter of pups. Some of them were already adopted but the rest were skinny, in a cardboard box, sitting on concrete. Nacho was the most malnourished and one pup had already died.

Matt and Claire fell in LOVE with Nacho and sent us a pic. Of course he was cute, and Justin was totally game to bring him back to us, but I was still nervous about getting a dog, let alone a Boxer! I knew they had so much energy and were big, so needless to say I was apprehensive… until he arrived at our front doorstep a few weeks later. (He traveled with Matt and Claire and their dog Milo in Mexico for 2 weeks, then went to Calgary, and then us in Kelowna… so Milo had a chance to train him well!)

So it’s safe to say it was love at first sight?

The moment we laid eyes on Nacho Cilantro we were madly in love. Just last night Justin said to me ‘think about it. Our life hasn’t changed AT ALL since we got Nacho, nothing has become difficult or a nuisance.’ 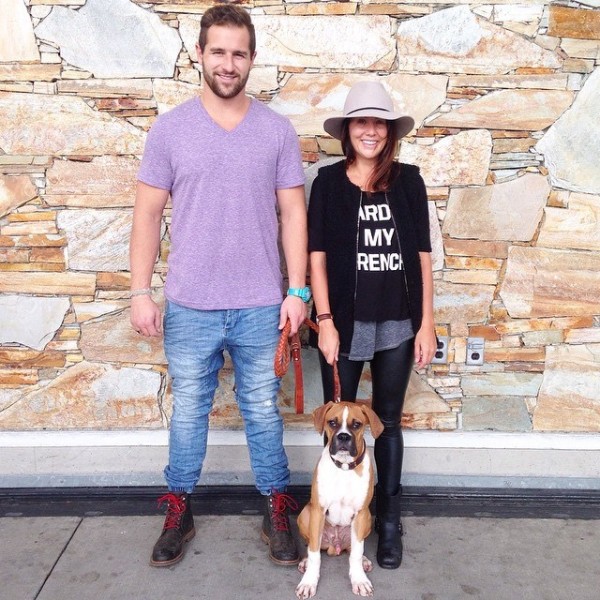 Justin, Jillian and Nacho getting ready to hit the road. (Jillian Harris)

Some people say that rescued dogs seem to have an almost grateful attitude with their owners – like they know you gave them a great new life. Think that’s true with Nacho?

Aww… that question just about made me cry! Absolutely! I think dogs are more intelligent than we give them credit for and this is so true with Nacho. He is SO well behaved. He is SO affectionate and loving.

Does he have any quirks?

He farts in his sleep a lot and it wakes everyone up. He is very territorial at dog parks with us. If another dog comes to say hi to Justin or me he immediately tries to get in between. He LOVES to nibble our ears and he LOVES fruit and veggies. In the summer he plowed through like eight plums and … paid for it later.

What would you tell someone who’s thinking about rescuing a dog?

For them absolutely to do it. It is so gratifying knowing you rescued and gave a new life to a pup. Of course there will always be puppy mills and breeders, but the more we rescue the less demand there will be for breeders to breed, resulting in less euthanized dogs and less need for shelters. 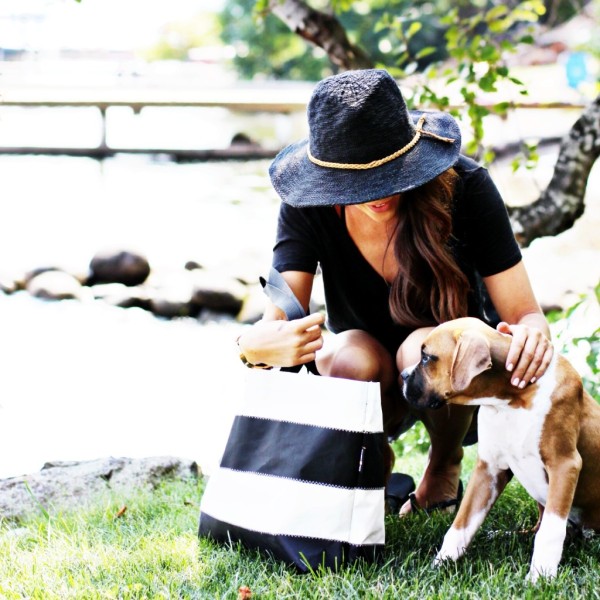 I WOULD LOVE TO! I was just in New York with my agent last week and we talked about exactly this! Crossing our fingers. Nacho would be a GREAT clothing designer. He’s obsessed with my Rhonda Hat (JH for Privilege Clothing) so I think a headwear line is in his future, BOL (barking out loud).

New episodes of Love It or List It Vancouver premiere Monday, January 5 at 10 p.m. ET/PT on W Network. 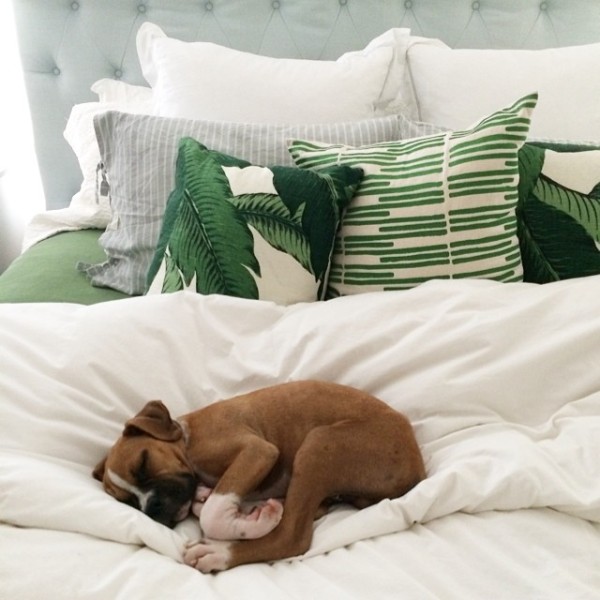