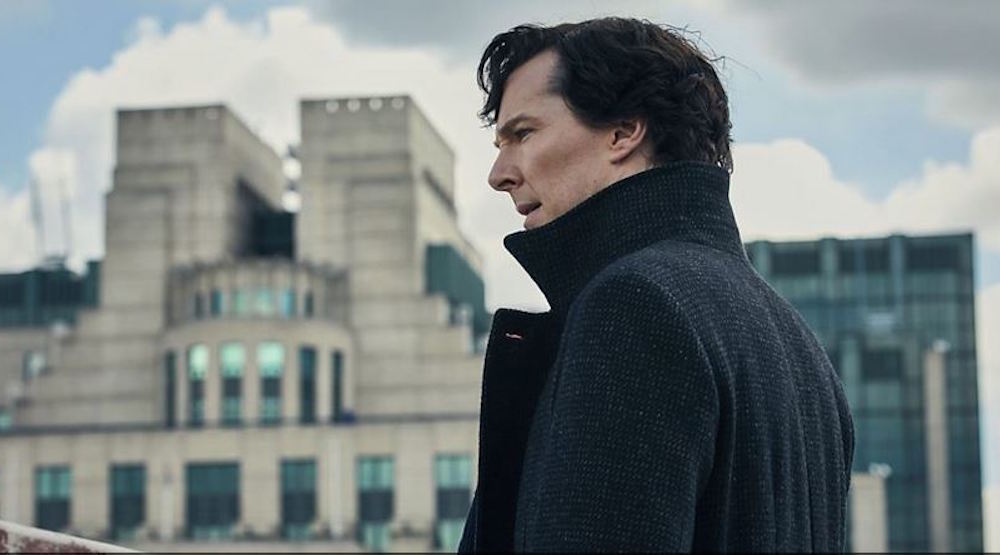 A big reason why mystery and crime thrillers are so popular is because these stories take you out of the setting of normalcy. Even the clichéd of written or televised iterations of the genre allow you an escape—albeit not an overly positive one.

But what’s the point of a happy story if the payoff is non-existent? People, as curious as they are, enjoy puzzles. They enjoy the uncanny. They enjoy the idea of struggle, of suffering, from the comforts of their bed, couch, chair, carpet, etc. Is it sadism? Or is just an inherent curiosity of how deviations of the human psyche work? Nevertheless, it’s a genre that proves to be just as popular as the romantic comedies that you have queued up on your list.

If you’re looking for a teeth-gritting, nail-biting experience, here are five mystery/crime thrillers available in your Netflix catalogue, for your perusal.

This modern-day interpretation of Arthur Conan Doyle’s Sherlock Holmes by the BBC has been a mainstay for many fans of the mystery genre. Featuring Benedict Cumberbatch (Doctor Strange) as the main character and Martin Freeman (The Hobbit) as his sidekick-cum-fiancée (a regular joke in the early seasons), Sherlock not only boasts some impressive storytelling (based on loose adaptations of published stories), but the chemistry between the two actors is impeccably impressive.

Note that while Sherlock has plenty of lighthearted moments, the show isn’t afraid of getting gritty when it needs to be.

This award-winning Icelandic mystery series is the direct opposite of Sherlock; right from the get-go the milieu it’s brooding, claustrophobic, and markedly dark.

Following the always malaise Andri, police chief of Seyðisfjörður—played by the hulking, bearded Ólafur Darri Ólafsson (The Missing)—this slow-burning crime thriller keeps you hooked as he unravels the lingering shadow of the town’s dark underbelly as a dismembered torso and a human trafficker, who may or may not be related to the case, disrupts the placid melancholy of the town. Things only get worse as he also has to deal with his failed marriage—sad!

Broken relationships seem to be a common theme among these television shows as Marcella also centres around murder, mystery, and a failed marriage.

What’s great about the titular character, played by Anna Friel (Pushing Daisies), is that while she’s also pursuing a murderer (for justice of course), she’s also an unreliable narrator—which makes you question the goings-on within the narrative. If the striking opening scene of the first episode, where she wakes in a porcelain tub, bleeding, bruised, and muddled is a sign, then viewers should expect a wild, chair-gripping ride.

Set in a small coastal town, Broadchurch follows two detectives. One a tortured, exasperated Detective Inspector Alec Hardy and the other, fresh-off-maternity-leave Detective Sergeant Ellie Miller, played by David Tennant (Doctor Who, Jessica Jones) and Olivia Colman (Locke, The Lobster), respectively, as they uncover the mystery behind the murder of an 11-year-old boy.

Don’t let the small-town murder-mystery trope deter you—this series, currently on its third season, is a compelling character study and will leave you breathless after the conclusion of season one—season two is no exception.

Unlike the rest of the shows on this list, The Fall, a British-Irish show from the BBC strays from the “whodunit” approach and goes for the reasoning why.

The series follows Metropolitan Police Superintendent Stella Gibson, played by Gillian Anderson (X-Files, Hannibal), as she pursues Paul Spector, played by Jamie Dornan (Once Upon A Time), a family man and killer who’s targeting young, professional woman. As the show progresses, and as Gibson delves further into Spector’s psyche while, at the same time dealing with the corruption of North Ireland’s Police Service, so too do their paths converge. If that’s not a case for a compelling show, Gillian Anderson is one that you should watch as her demeanour completely sells the show.