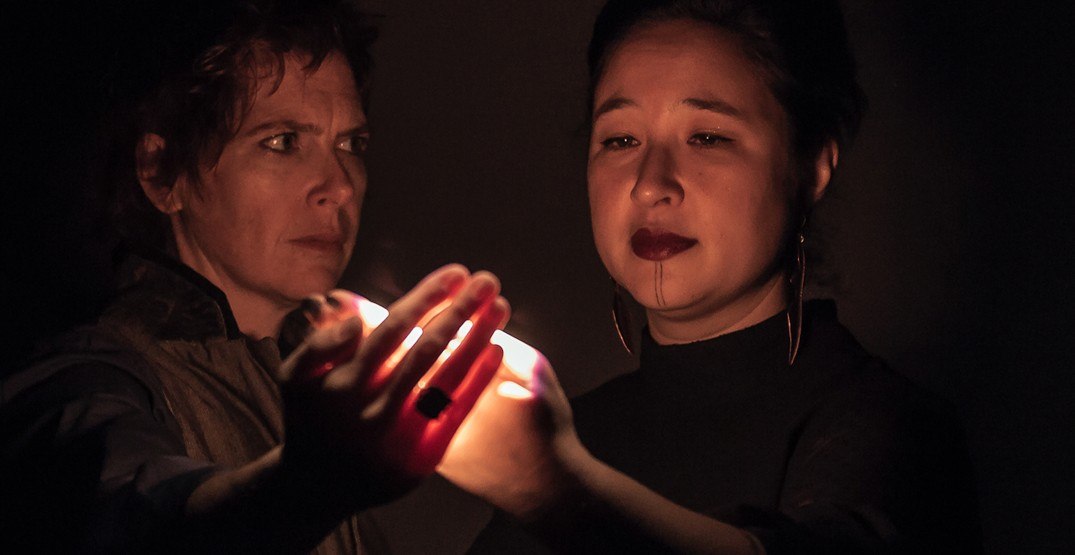 It’s the final week of the 15th PuSh International Performing Arts Festival and if you haven’t gone to a show yet, now is definitely the time.

For its 15th anniversary, PuSh is better than ever, offering a wide-selection of groundbreaking and provocative shows.

Not sure what to watch during the final week of PuSh? Here are some of our recommendations.

This is the Point

Presented by the Ahuri Theatre (Canada) This is the Point is about touches on themes about love, sex, and disability to paint a collective portrait of real-life individuals whose lives have been touched by cerebral palsy.

When: January 29 to February 2

Presented by Buddies in Bad Times Theatre (Canada) Kiinalik: These Sharp Tools is a concert, a conversation, and a multimedia performance all in one.  The performance is the meeting point for two people—Inuk artist Laakkuluk Williamson Bathory and queer theatre-maker Evalyn Parry—and two places: Canada’s North and South. Presented with Touchstone Theatre.

When: January 30 to February 2

Solo dance artist Victoria Hunt uses movement, sound and image to tell a story. The themes are heritage, tradition and reclamation; the subject is Hinemihi, a ceremonial meeting house that once stood in their native land Aotearoa/New Zealand. Presented with The Dance Centre.

When: January 31 to February 2

ZVIZDAL (Chernobyl – So Far So Close)-

A documentary-installation portrait about two people living in a ghost town in the Chernobyl exclusion zone is intercut with live images of scenic maquettes of their home through different seasons. What emerges is a portrait of loneliness, survival, poverty, hope and unconditional love. Supported by the Roundhouse Community & Arts Recreation Centre.

When: January 31 to February 2

An adventure for performer and audience alike, Camille Boitel’s raucous embodiment of the title character in this amazingly physical performance piece will have you laughing out loud one minute and staring in wonder the next. Supported by Ambassade de France au Canada

Pancho Villa from as Safe Distance

Austin-based composer Graham Reynolds and librettists Lagartijas Tiradas al Sol of Mexico City meld an avant-garde aesthetic with political overtones and a blend of Tejano and Mexican music. The piece provides a timely focus on the relationships and overlaps between the communities of Mexico and the US, as well as the borderlands in between. Part rock, part opera, all Mexican Revolution. For one night only.

PuSh is celebrating the final evening of its 15th anniversary Festival with a (FREE) party at the ANNEX.