Now with 100 years of history under its belt, the University of British Columbia has established quite a number of traditions over the years, such as defacing statues, storming walls and hosting massive outdoor concert parties.

It is a student’s right of passage to partake in at least a few time-honoured campus traditions, whether they’re university sanctioned or not. With four or five years as a student, here are a few must-do activities while at UBC. 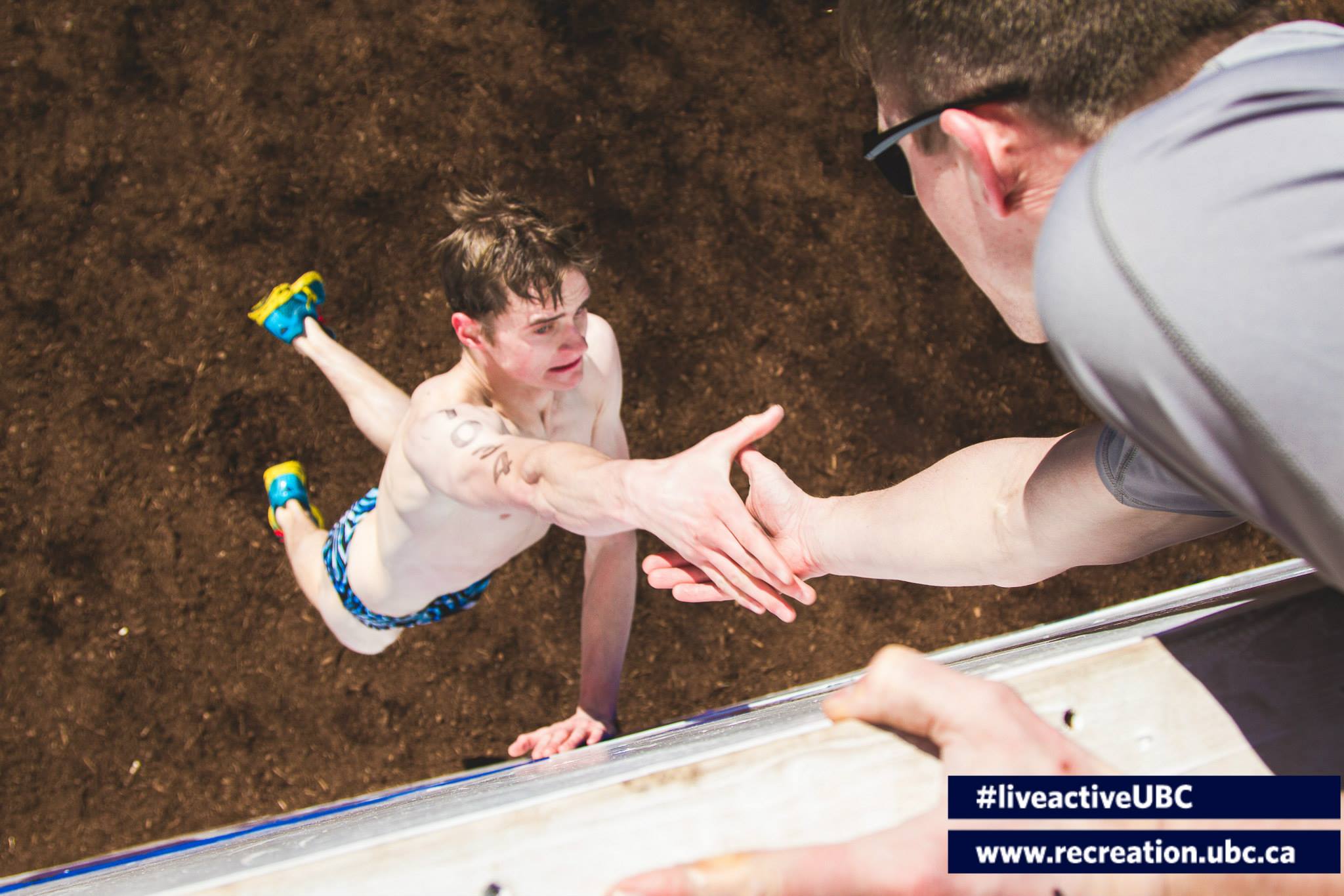 It all started 37 years ago, in 1978, when the grandfather of UBC’s intramural program created an event that had students swimming, sprinting, cycling, running and finally climbing over a 12-foot wall one at a time. Over the years, tens of thousands of students have participated and have since shaped Storm the Wall into the recreational and competitive event it is today. Getting over the wall is never easy and only few can do it alone – those people are called Super IronMen – and such it is a landmark event not only for its history but for its ability to create camaraderie and community.

Storm the Wall is now the largest intramural event in North America and had a record 800 teams registered in 2015. For more information, visit UBC Recreation online. 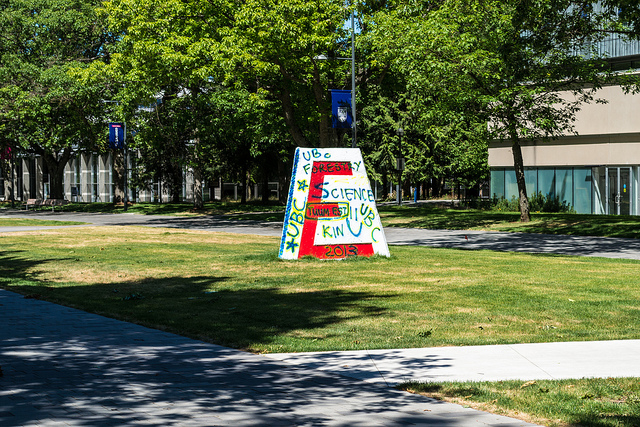 There isn’t a tradition as notorious or clandestine as defacing the giant ‘E’ statue on Main Mall. The block of concrete shaped like an ‘E’ for the Engineering faculty is almost never the way its proprietors intend it to be, because it is commonplace for numerous student groups to sneak in the night and paint it with their own group or faculty’s colours and slogans.

Security is usually nearby, so vandalizers need to be stealth and quick, but that’s not to say it can’t be done. To prove how often it happens, there is even a Tumblr blog depicting each instance of creative authority. 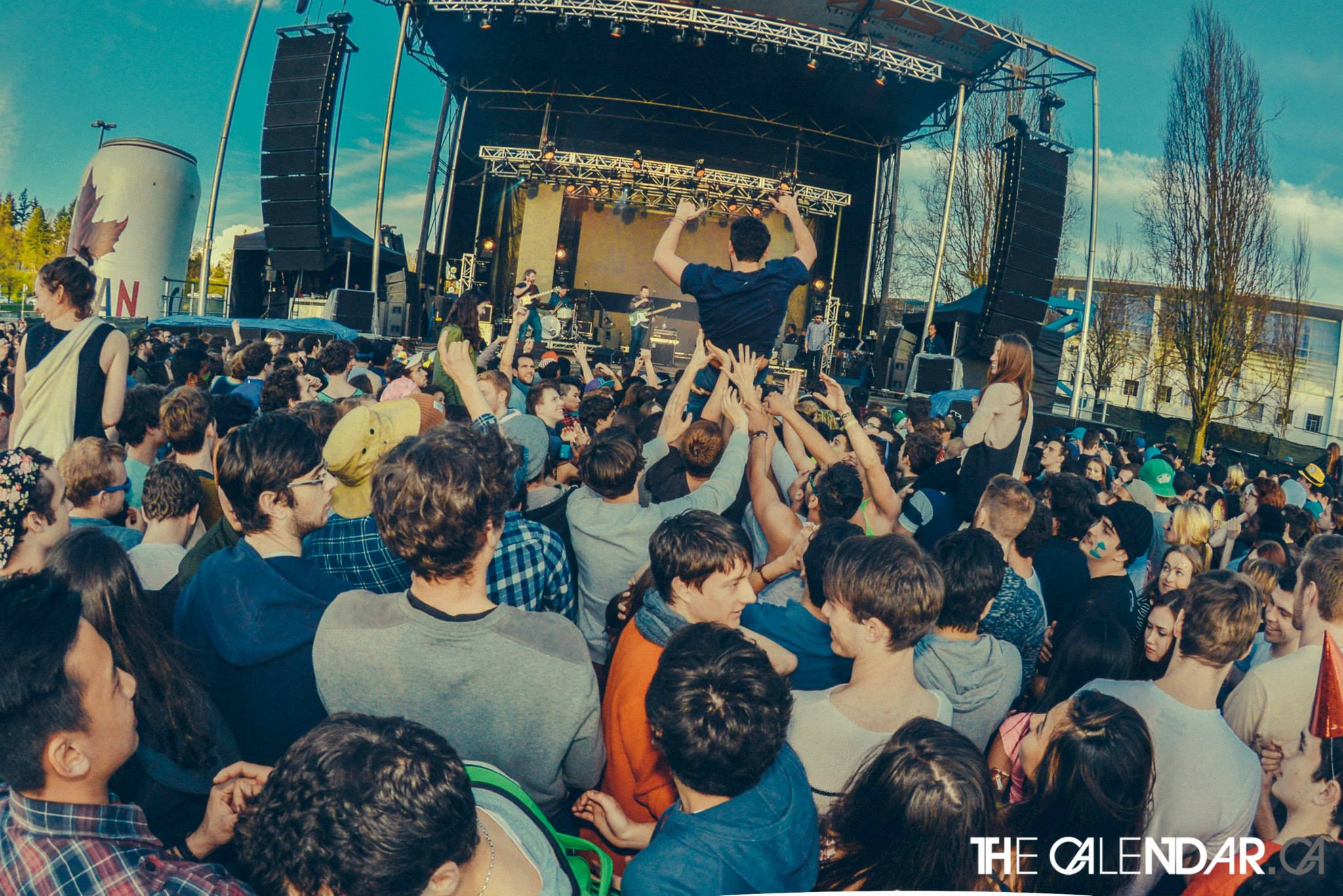 The AMS Block Party is still young (it just had it’s 8th annual party), but in essence, these sorts of events on the last day of classes have been happening at UBC for a while. Prior to the Alma Mater Society’s annual outdoor concert was the Arts County Fair from 1992 to 2007. The outdoor benefit concert featured copious amounts of beer and was the largest student-run event in Canada, organized by UBC’s Arts Undergraduate Society. Performers of past glory have included The Barenaked Ladies, Matthew Good Band, Great Big Sea, Sweatshop Union, K-Os and Sam Roberts, to name a few.

In 2008 the AMS took over the event and renamed it “Block Party”. Still, lots of booze are consumed and music, though less well-known, is played. Tickets almost always sell-out and the event happens rain or shine.

Day of the Longboat

Another one of UBC’s famed intramural events is Day of the Longboat, one of the biggest campus events of the year. This legendary weekend sees teams of 10 to 12 board an 11 foot longboat (a really big canoe) and paddle from one end of Jericho Beach to the other. Capsizes happen every year and it’s a race to make it to the finish line all in one piece. Weather for this event is always unpredictable, causing some years to see gale-like winds and torrential downpour rain pummel the paddlers.

But the ocean and its wrath are all just a part of the fun. This campus tradition happens every year near the end of September, and registration is now open. 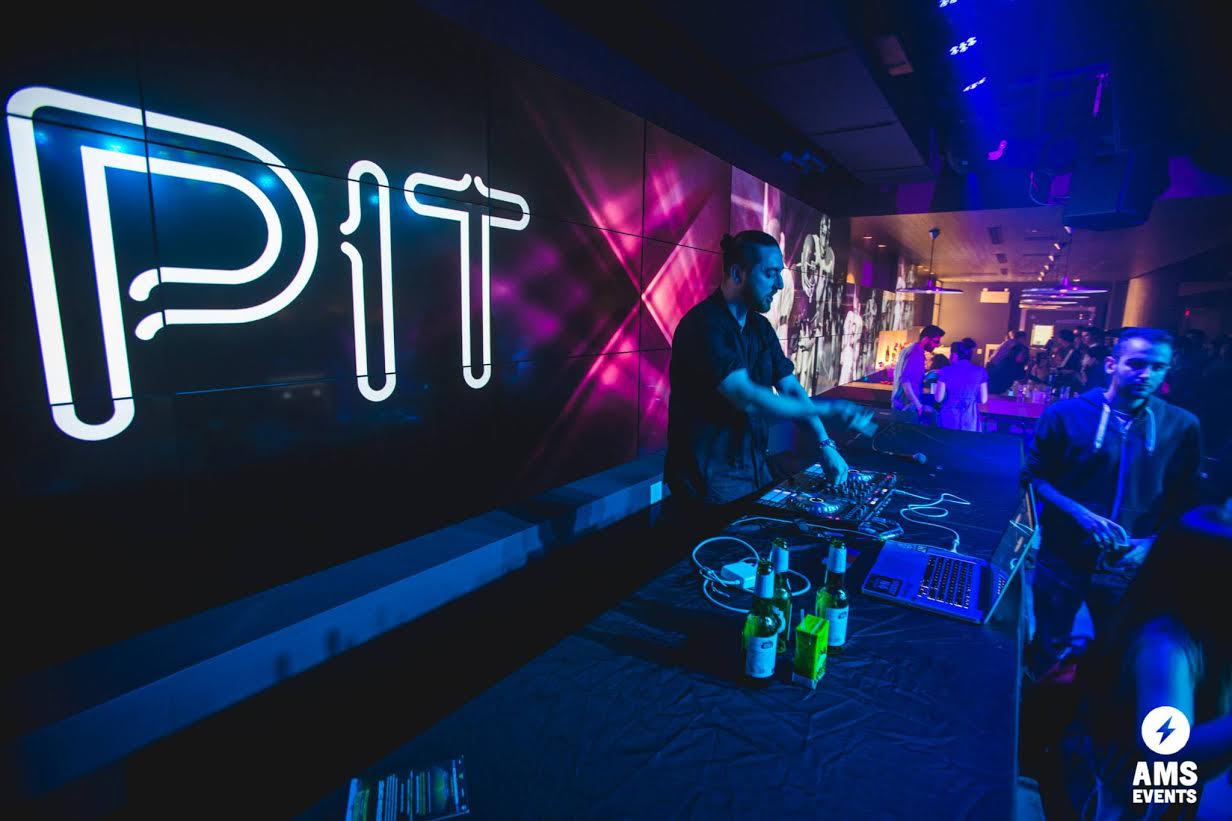 UBC’s most well-known bar has gone through quite a few changes over the years, but it remains on the list of quintessential UBC experiences every student must have. Though it recently changed locations into the new Student Union Building, The Pit’s humble beginnings are often tied to one very ubiquitous name: David Suzuki.

Suzuki was a professor of Zoology at UBC in 1968 when he first suggested the need for a campus pub. Thus, The Pit was born. Located in the basement of the old SUB, The Pit opened in 1971 and has housed student parties, debauchery and tonnes of drunken nights ever since. Most notably, The Pit’s dance floor on Wednesday night “Pit Night” is known to be the precursor to the busiest night for copulation on campus.