Music can move us in ways that very few other things can in such a short period of time. It can help us remember, get us excited, compliment a long drive, we dance to it, sing to it, clean the house to it, and one place we can always find it, is during a movie. It serves to compliment the visual stimulus, and provoke feelings in us that silence otherwise could not.

A documentary film called “Colours of Edziza” premiered at the Vancouver International Mountain Film Festival at the Centennial earlier this month. Produced by a local married couple, the film highlights the extraordinary journey of two leaders – one a member of the Tahltan Nation and the other a West Coast mountaineer seeking new adventure. Their lives converge by their passion to learn from the land as they venture into the rugged terrain of northern British Columbia.

Thomas Beckman is an award-winning violist and the lead performer with the band, Sons of Granville. He was approached by the couple and asked to create an original score for the film. Not only would it be his first film score ever, he also had to get it done without seeing the film and within an extremely tight timeframe.

“I hadn’t studied composition or film music, but as a kid I was always fascinated with film music, and I spent three or four years busking on the streets of Vancouver both with my band and solo, and I would just write stuff,” says Beckman. “I would create multiple voices, harmonies and chords, and it was a very simple but very expressive form of minimalistic music nonetheless. I thought, well I could do that for a film.”

He went into the studio and knocked off the pieces one after the other. In only one instance did he get to see a scene from the film as he was creating music for it, otherwise he was going based on what the producers were telling him. He loved every minute of it.

His instruments of choice are the keyboard, the violin and his principle, the viola.

“It’s the alto instrument, tuned a bit low, like a bass violin,” he explains. “Every instrument has its own musical character, the violin is bright, expressive and fast paced, the viola is more introverted, darker, more inward, and I tend to be more like that.” 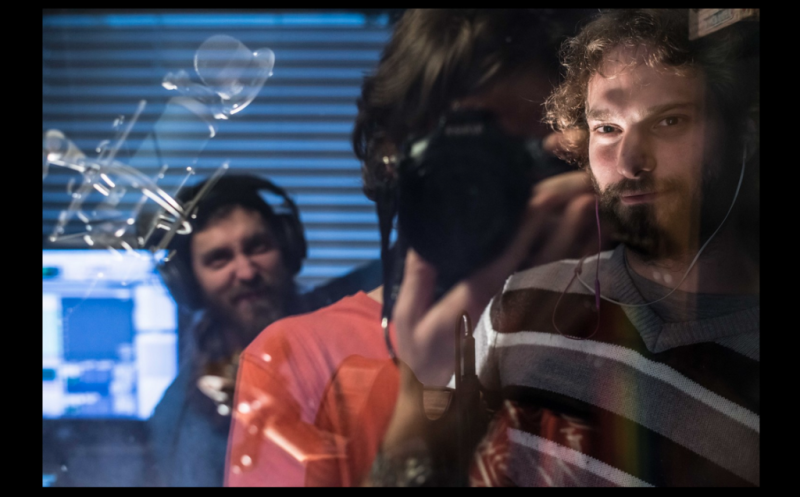 The score was created exclusively by Beckman using a lot of multi-tracking; essentially playing out the same piece with varying instruments and then laying the sound over top of one another.

“When people hear the music, the first impression is there is a string section – but it is all me,” he says. “I used two violas: one that is deeper and richer and one that is lighter and brighter to get a wider range.”

He says it’s a very “homemade score,” without a massive production value, the use of a fancy studio or multiple artists to create a sound. He worked with Derek Mason at Drama Music Productions, and Sam Ryan for the mixing and mastering of the score in post-production, while Jarrett Plett was responsible for all percussion and drums

“We used a wave drum, which is an electronic drum that imitates hundreds of drum sounds. We found the synth for the First Nations drum, so it really picks up the attack, as the drummer slaps the drum you really get that articulation, and the subtle nuisances from an actual performance, it all comes through for a sense of depth and impact.”

The entire experience was an enormous rush for Beckman, who literally accomplished the incredible task of creating 20 minutes of original music for a film in two weeks, without having ever done so before.

“For me, it’s a dream come true, I have always wanted to do this but I just didn’t know how,” he says. “I image it’s like painting, you have to step away sometimes to regain your objective perspective and then come back, we didn’t have that luxury. We had to go, go go, the whole way. At the end of the day, I feel like we did a great job.” 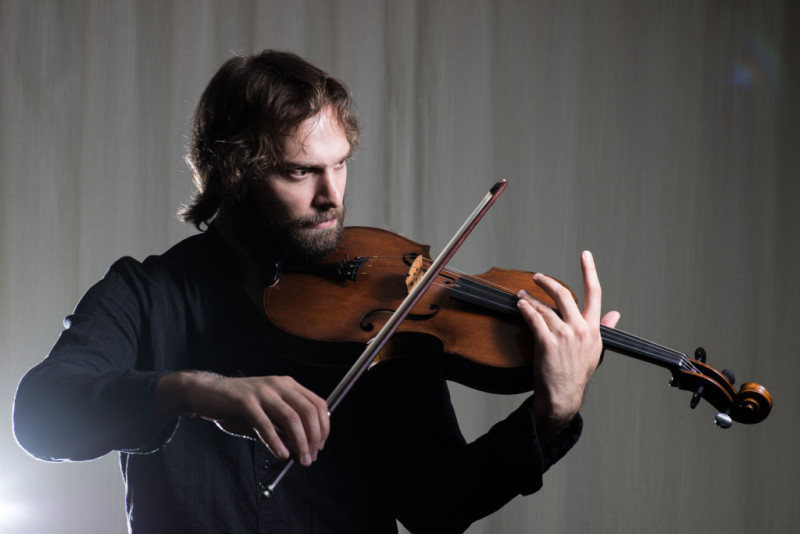 He once thought that being good at music meant having raw talent, and admits that he has since learned it’s more about being naturally curious and just enjoying the process.

“I understand music’s effect because I have a wide range of listening experience. I’m aware of what’s been done, so I have a good grasp of what can be done and how to achieve it,” he says. “It’s more about an individual experience, it’s about how you’re connecting to the art.”

The audience at the Vancouver International Mountain Music Festival reacted well and according to Beckman, many comments were in high praise. The film has now been entered into VIFF and will be showed at over 20 First Nation’s schools across B.C.

“As the composer I naturally felt a little nervous, but as the film opened, the more dramatic part of the score boomed out over the audience and the drums and viola sounded great in conjunction with the remarkable cinematography of the Edziza mountain range,” he says. “Over 50 soundtracks have now been ordered online and many physical CD’s were purchased after the screening, so I feel the people have responded well to the film and its music. Most importantly, Mike and Chantal Schauch and Matt Miles who directed and produced the film were thoroughly satisfied with the music, so in that sense I feel my job has been successful.”

Beckman is now onto his next project for a very talented Mexican film maker – a passionate and dark short film being produced by Blindspot TV Productions, the same company that produced the Mexican Academy Awards.

“Its a super challenge and another opportunity to get out there.”