There are thousands of hungry children in B.C., but local indie band Little India and the non-profit Mealshare are hoping to put a dent in that number.

The Music Feeds the Kids fundraising event will take place on October 22 at Portside Pub in Vancouver and feature live music from Little India as well as BESTiE and Ark & Ocean. It promises to be an evening of great music, and best of all 100 per cent of the money raised on the night will go towards feeding 2,000 Vancouver school children breakfast everyday for a week.

As an added incentive to show up and support local children, Little India will also hold a special release of their new acoustic EP with all proceeds going toward Mealshare.

Mealshare has partnered with 200 restaurants in over seven cities to provide meals to those in need. For any Mealshare-branded menu item ordered, one will be donated to someone else who needs one.

“At Mealshare, we’re focused on making giving as easy as possible and wanted to do the same with this fundraiser,” says Andrew Hall, co-founder of Mealshare. “It’ll be a great night of music and entertainment. But, they’ll also be exposed to a huge issue in Vancouver and be helping us have a big impact on local child hunger.”

Little India has been making music in Vancouver for several years. The band previously won The Shore 104.3 FM’s Best of BC and CFOX’s Seeds Competition in 2014, as well as playing at the 2015 Squamish Music Festival.

With the goal of raising $10,000, the one-night ticketed event includes entrance, a Red Truck beer and a meal provided to someone in need through Mealshare. 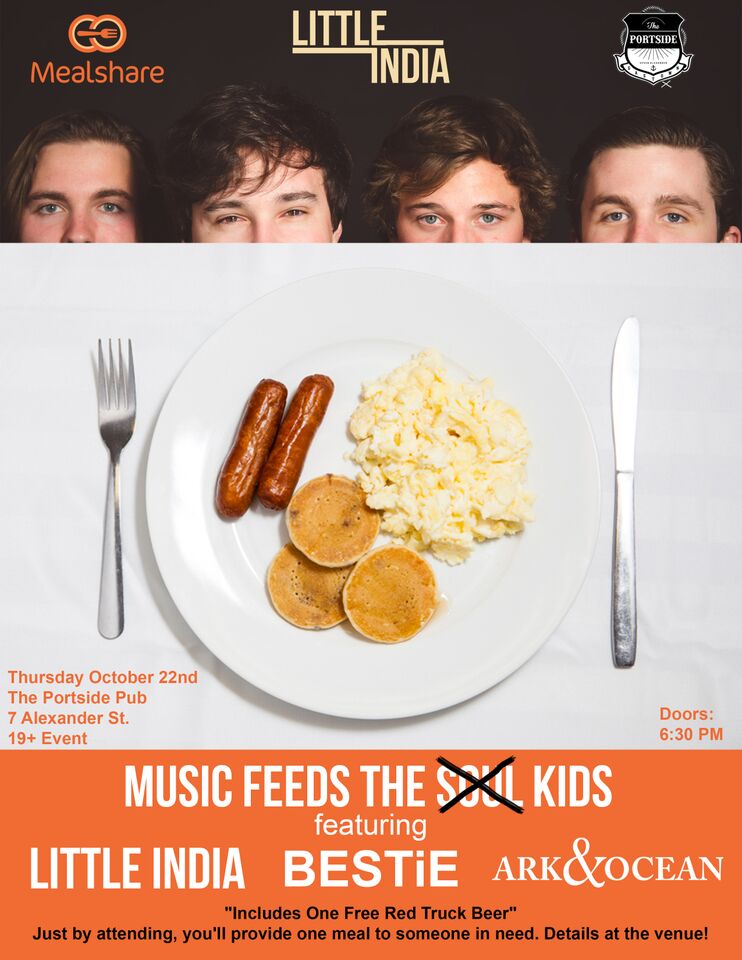 Vancity Buzz is a proud sponsor of Mealshare