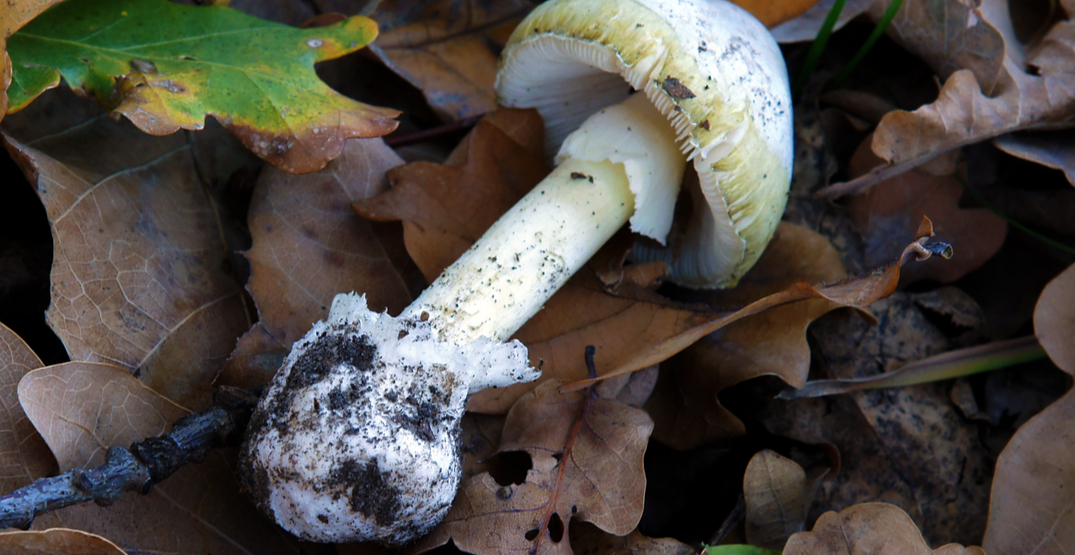 The BC Centre for Disease Control’s (BCCDC) Drug and Poison Infirmation Centre is sending a public warning as mushroom related poisonings in the province are on the rise. 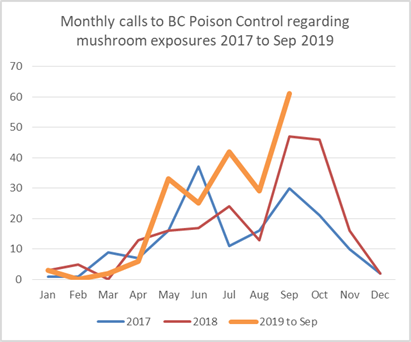 The poisonings involve the Amanita phalloides, also known as the death cap mushroom –the most poisonous mushroom in the world.

According to BCCDC, the death cap has been increasingly spotting in several areas around the province including Victoria and South Vancouver Island, the Gulf Islands, Metro Vancouver, and the Fraser Valley region.

“Approximately two-thirds of mushroom related poisoning calls in 2019 involved children under the age of five,” said Raymond Li, a pharmacist with Poison Control, in a release.

“It is important to be aware of dangers from consuming unidentified mushrooms, especially death cap mushrooms. We would like to remind mushroom hunters, parents, and pet owners to be vigilant as they enjoy city parks, forests, and even their own backyard.”

In 2016, a child passed away from BC death cap mushroom poisoning but there have been no reported human deaths since then. However, the BCCDC notes “two dogs have died due to possible death cap poisoning this year.”

“We urge recreational mushroom hunters to use caution and common sense when foraging wild fungi.”

To stay safe while picking mushrooms, the BCCDC recommends to only pick and eat what is known to be edible and can be easily distinguished from poisonous varieties. Only pick mushrooms in safe terrain and be extremely cautious in remote areas.