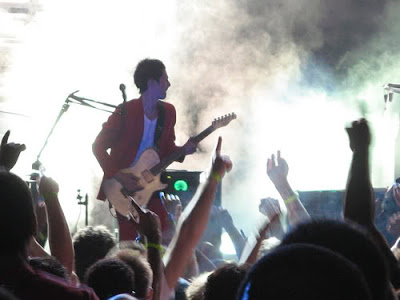 Image: [source]
The British alt rock trio Muse are in town for an april fools day gig at the old, but newly renovated Pacific Coliseum. They were relative unknowns to mainstream North America until they unleashed their 2009 album The Resistance, which spawned the hit tracks Uprising and Resistance. Many who have seen their shows live claim emphatically that they are not to be missed live. From what I hear there are still tickets left so check out our spring concert guide for ticket info as you still have a shot. 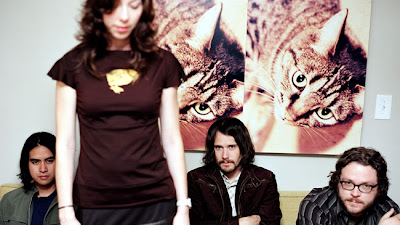 Further, not to be out done by the might Muse is a great opening act the Silversun Pickups. This alt rock band from L.A. has had two hit records with 2006’s Carnavas and their second full length album Swoon, which was released in April 2009. You may remember some of their hits like, Lazy Eye, Panic Switch and Substitution. I personally am more stoked to see them than Muse, but hey that’s just me. All in all it will be one great show going down at the Coliseum on April 1st.

Where: Pacific Coliseum
When: April 1st

Unlike UFC 115 Raymond Louie was unsuccessful in canceling this gig. Even though he believes rock music is the works of the devil.