July marks the time when TV filming starts up again to have episodes ready for airing in September and October. Keep your eyes peeled for these productions currently filming in and around Vancouver.

If you see signs like this one posted in your area (pictured is a sign for Arrow, but various letters are used to differentiate productions) send a tweet to @lemon_buzz so we can feature that set on the site! 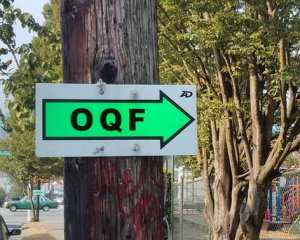