We are now heading into the most exciting time of the year for cinema. This is where many studios start releasing quality films, and the fun of positioning those projects for awards officially begins.

We used to call this monthly series “6-Flick-Picks” but the name hasn’t stuck. But in the spirit of previous title, here are 6 films to check out in September.

Most of the flicks will be on wide release, but I always like to include a couple of smaller cinematic gems that you’ll have to scour your city to find. 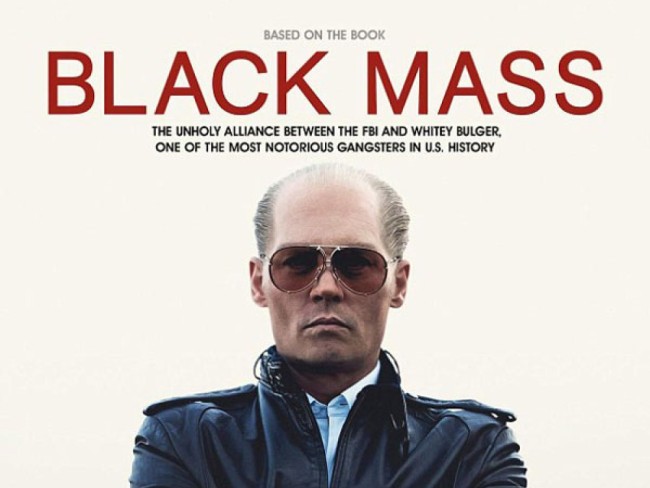 Official Synopsis: In 1970s South Boston, FBI Agent John Connolly (Joel Edgerton) persuades Irish mobster James “Whitey” Bulger (Johnny Depp) to collaborate with the FBI and eliminate a common enemy: the Italian mob. The drama tells the story of this unholy alliance, which spiraled out of control, allowing Whitey to evade law enforcement, consolidate power, and become one of the most ruthless and powerful gangsters in Boston history. (C) Warner Bros

Why you should check it out: Two actors alone should make this film a must see: Johnny Depp and Benedict Cumberbatch. It’s actually a pretty great ensemble of actors, but there has already been a lot of buzz regarding Depp’s transformation into the notorious gangster “Whitey” Bulger. There has also been just as much talk about Cumberbatch’s performance that many think that this film could see Oscar nominations for both men.

Besides the early award whispers, the reason you need to see this film is because the story of the famous Boston Kingpin is so riveting. I’m giving you some homework: go and find two documentaries called Whitey: United States of America v. James J. Bulger (Cdn Netflix) and the ESPN 30 for 30 documentary Playing for the Mob (USA Netflix).
You’ll give yourself a bit of a history lesson before checking out Black Mass. 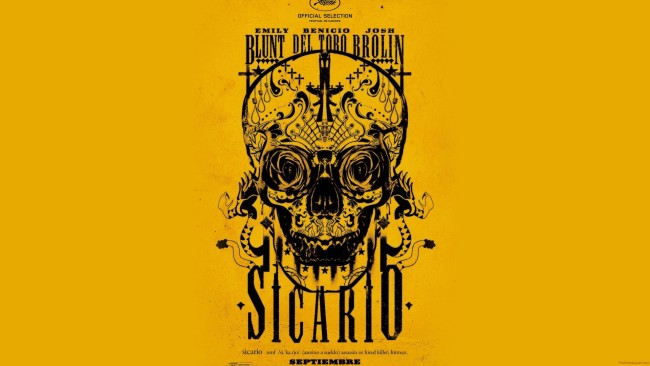 Official Synopsis: In the lawless border area stretching between the U.S. and Mexico, an idealistic FBI agent [Emily Blunt] is enlisted by an elite government task force official [Josh Brolin] to aid in the escalating war against drugs. Led by an enigmatic consultant with a questionable past [Benicio Del Toro], the team sets out on a clandestine journey forcing Kate to question everything that she believes in order to survive. (C) Lionsgate

Why you should check it out:  When I said at the beginning of this post that this is the season of quality films, here is another beauty. Where do I line up to see Josh Brolin, Emily Blunt and Benicio Del Toro star in a film? When I saw the trailer it sort of reminded me of the movie Traffic, which Del Toro also starred in back in the year 2000.

Canadian alert! This is directed by Denis Villeneuve, who gave us fantastic films like Prisoners, Polytechnique and Incendies. He’s considered one of the best directors to come out of this fine country. Besides the director, Roger Deakins has become one of Hollywood’s best cinematographers, so expect some stunning shots in this drug cartel thriller. Go and see this one. 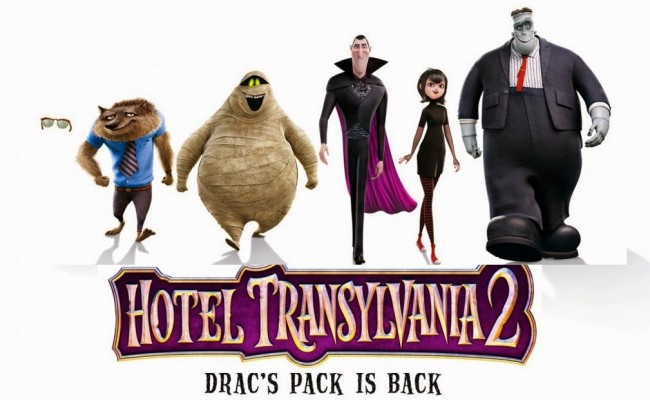 Official Synopsis: Now that Dracula (Adam Sandler) has opened the Hotel Transylvania’s doors to humans, things are changing for the better; however, Drac is secretly worried that his half-human grandson, Dennis, isn’t showing his vampire side. So, while Mavis and Johnny are away, Drac enlists his friends to help him put the boy through a “monster-in-training” boot camp. But things really get batty when Drac’s cantankerous, old-school dad (Mel Brooks) pays an unexpected visit. (C) Sony

Why you should check it out: We always try and include a film for the whole family, as your eight-year-old probably doesn’t want to see the uber-violent Black Mass. So here you go, a sequel to 2012’s underrated Adam Sandler project that didn’t suck. Okay, maybe the original Hotel Transylvania didn’t get stellar reviews, but your kids don’t care about Rotten Tomatoes or any vegetable for that matter.

I didn’t mind the original and neither did Netflix, as it was one of the most watched animated features on the streaming movie site. The whole monster crew is back with the voices of Adam Sandler (who also wrote the film), Selena Gomez, Kevin James, Andy Samberg, Steve Buscemi and more. If you’re looking for something to do on a rainy Saturday, take your kids out to the movie theatre and check this out. 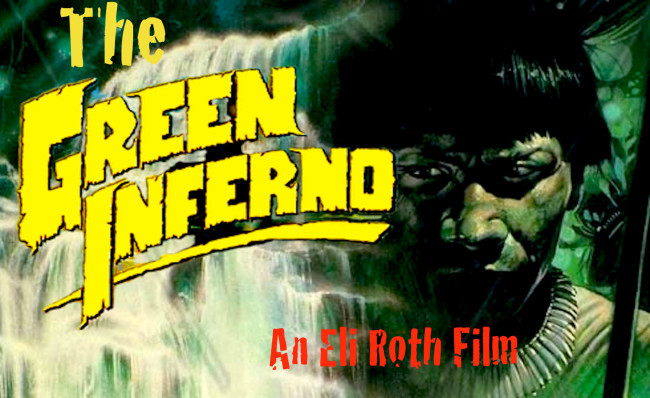 Official Synopsis: From acclaimed horror director, Eli Roth, The Green Inferno follows a group of student activists who travel from New York City to the Amazon to save the rainforest. However, once they arrive in this vast green landscape, they soon discover that they are not alone… and that no good deed goes unpunished. (C) Submarine

Why you should check out: You might be a sick and twisted soul like me who appreciates the blood and gore art form that gets painted on the silver screen’s canvas by the genre’s master Eli Roth. This won’t be for everyone, but horror films have never been more popular, and t’is the season where we start seeing some screams to get us in the mood for the Halloween season. Eli Roth will be also releasing Knock, Knock in early October. A bloody double feature somewhere?

Drunk Stoned Brilliant Dead: The Story of the National Lampoon 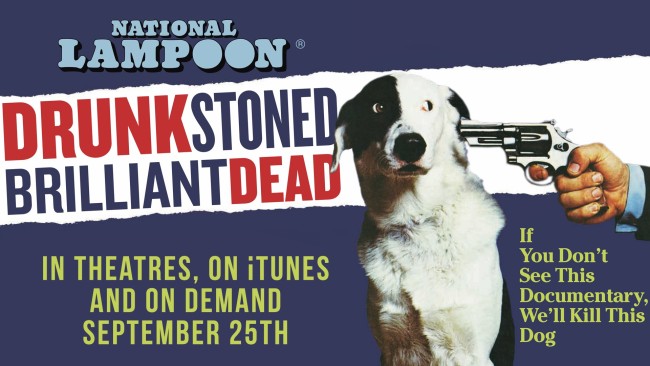 Official Synopsis: From the 1970s thru the 1990s, there was no hipper, no more outrageous comedy in print than The National Lampoon, the groundbreaking humor magazine that pushed the limits of taste and acceptability – and then pushed them even harder. Parodying everything from politics, religion, entertainment and the whole of American lifestyle, the Lampoon eventually went on to branch into successful radio shows, record albums, live stage revues and movies, including Animal House and National Lampoon’s Vacation, launching dozens of huge careers on the way.

Director Douglas Tirola’s documentary Drunk Stoned, Brilliantly Dead: The Story of the National Lampoon – tells the story of its rise and fall through fresh, candid interviews with its key staff, and illustrated with hundreds of outrageous images from the mag itself (along with never-seen interview footage from the magazine’s prime). The film gives fans of the Lampoon a unique inside look at what made the magazine tick, who were its key players, and why it was so outrageously successful: a magazine that dared to think what no one was thinking, but wished they had.

Why you should check it out: Drunk Stoned Brilliant Dead might be inscribed on my gravestone. Besides the great title, this documentary should be fantastic for those of us who grew up watching the National Lampoon films and reading the magazine. This band of misfits were responsible for launching the meteoric rise and careers of comedian actors like Chevy Chase, Bill Murray and James Belushi to name a few. For those of you who are in Vancouver, you can check this doc out at the Rio Theatre as part of the Vancouver International Film Festival. For the rest of you, try and find a theatre in your city that’s showing it. 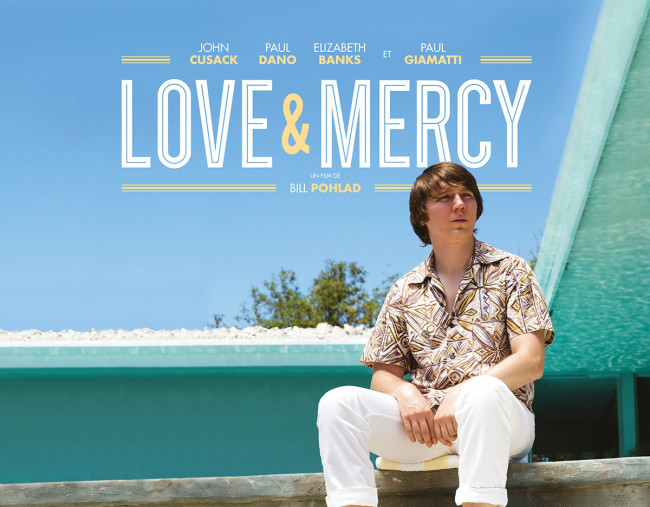 Official Synopsis: Love and Mercy presents an unconventional portrait of Brian Wilson, the mercurial singer, songwriter and leader of The Beach Boys. Set against the era defining catalog of Wilson’s music, the film intimately examines the personal voyage and ultimate salvation of the icon whose success came at extraordinary personal cost. (C) Roadside Attractions

Why you should check it out: A lot of people missed this one at the beginning of summer, but no worries. You can rent it on September 15. This is the biopic about Brian Wilson, and the reviews have been very positive. Both Paul Dano and John Cusack play Wilson at different ages, and it’s interesting to see how mental health was something this musical genius had to deal with all while being in the spotlight. It was something that was very misunderstood in the ’50s and ’60s. This is one of the best films of the year and should be a no brainer as a rental in the sweet comforts of home, especially if you are a fan of or appreciate the The Beach Boys.

Below are some more films coming out in September that look fantastic. Go a head and click on them and check out the trailers.