Unbroken, directed by Angelina Jolie, is supposed to be a true story about the will and strength of the human spirit but instead it becomes a long winded biopic that is like watching three movies in one.

The film is a true story about an American Olympian and war hero named Louis “Louie” Zamperini (Jack O’Connell) and based upon Laura Hillenbrand’s 2010 book “Unbroken.”

Zamperini represented the USA and competed in the 1936 Olympics in Berlin but was called to Army duty when America went to war against the Japanese and Nazis in World War II. 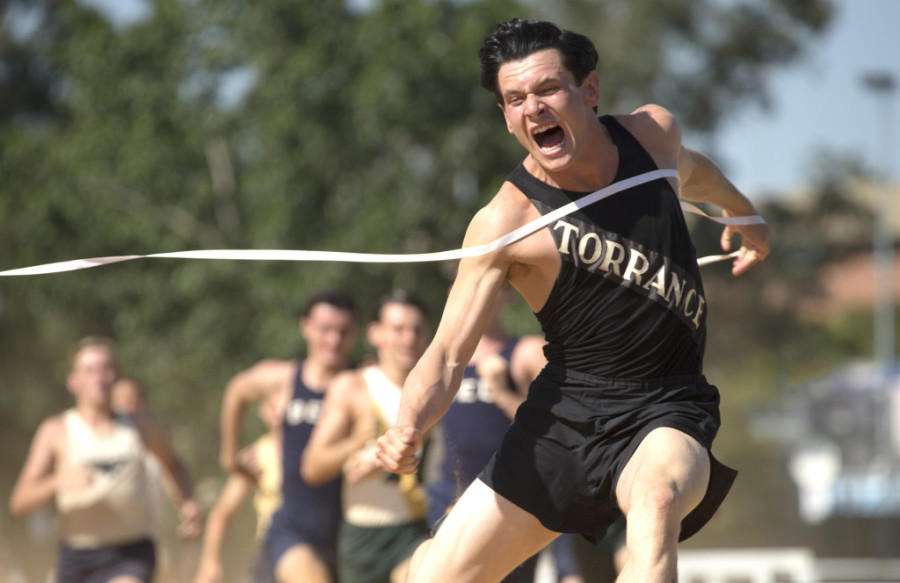 In 1943 Zamperini and his military crew were in a rickety B-24 above the South Pacific when it crashed into the ocean. He and two other survivors of the crash, “Phil” Phillips and “Mac” McNamara, survived almost two months on a blow up raft, all while dealing with Japanese bombers and hungry sharks. Unfortunately McNamara died at the 33 day mark.

Just when things couldn’t get any worse, Zamperini and Phillips were rescued but by the Japanese Navy. From that point on until the end of the war, “Louie” was tortured by his captors and a Japanese prison camp commander known as “The Bird” (Miyavi). 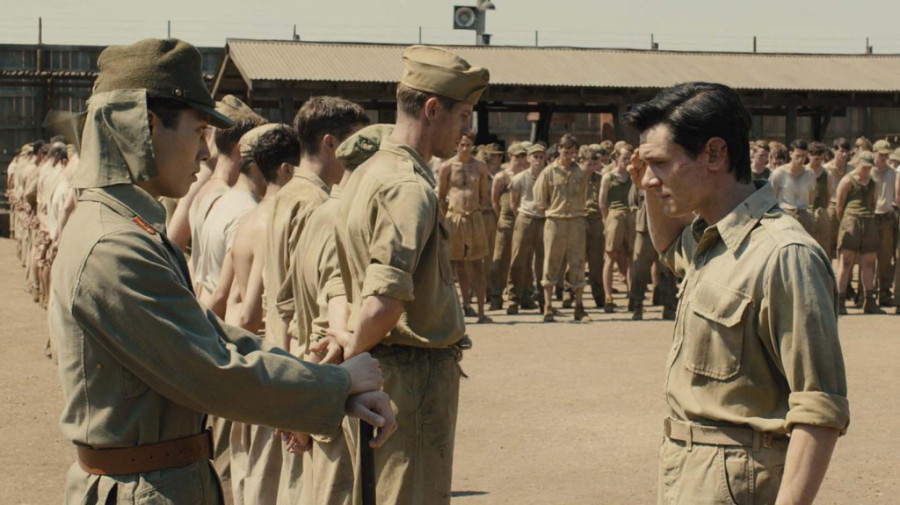 It is really quite incredible in what Zamperini endured, however, one of the best parts of his story was sort of glossed over at the end of the film during the credits.

Jolie, who showed a lot of promise in her directorial debut with 2011s  In the Land of Blood and Honey, showed she can handle heavy material and even give it some heart. Unfortunately that same heart was missing in Unbroken. Although the story had its moments, overall the film was drawn out, slow moving, and a chore to watch.

Jack O’Connel, who played Zamperini, did a good job with the role and overall his performance was very solid, but it’s not his fault that the pacing was off. If you want to see O’Connel at his best check out one of 2014s best films in the prison drama Starred Up, where the British actor really shines.

Angelina Jolie will continue working behind the camera and is currently in the director’s chair for a film called By the Sea and it stars Jolie and her husband Brad Pitt. That project doesn’t come out until sometime in 2015.

Overall Unbroken isn’t bad, but given the content, it had a chance to be great and that’s truly a shame. If you want to know more about Zamperini’s life I recommend reading the book first. Save your money and wait to rent the film when it becomes available.