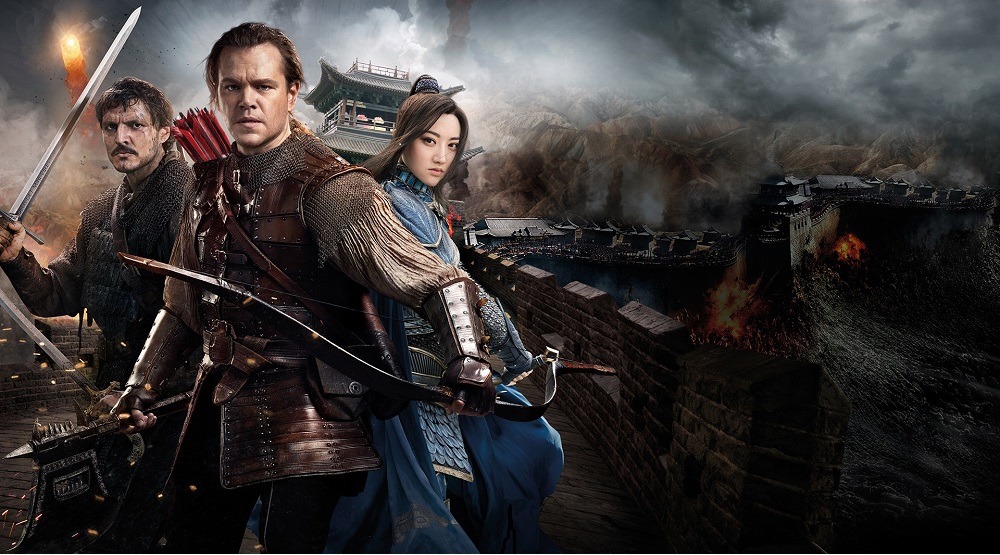 If you’ve ever wanted to see Matt Damon sport a ponytail and take down a bunch of space lizards with a bow and arrow, The Great Wall might be right up your alley.

Stuck in limbo somewhere between Game of Thrones and Riddick, this fantasy epic boasts the fact that it’s the biggest movie ever shot entirely in China. Unfortunately, even a $135 million budget can’t save this bombastic bore. 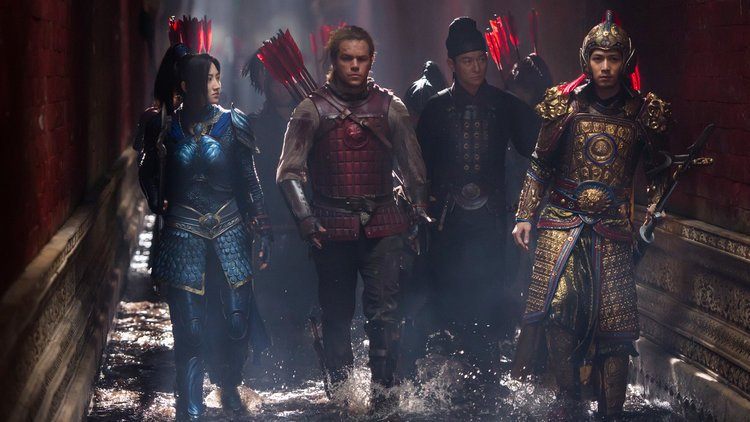 Where to begin? At least the plot is straightforward. Damon and Pedro Pascal play mercenaries in ancient China who are captured near the Great Wall, only to become embroiled in a war against hordes of fearsome reptiles who attack every few decades, whenever mankind needs a lesson in greed awareness, or something.

And no, these creatures aren’t steeped in cultural folklore, they are basically aliens. They crashed on earth while riding a comet and have green blood. The locals believe they were sent by the gods to punish the Emperor for abusing his authority.

The movie features an impressive cast, albeit with very little to do. Damon’s character is simply named William and he’s trying his darndest to portray a Scotsman. However, his wildly inconsistent accent makes Kevin Costner’s lines in Robin Hood: Prince of Thieves look Oscar-worthy and should attain cult status. At least he gets to channel Katniss Everdeen by displaying some impressive archery skills.

Pascal (perhaps best known for his particularly nasty demise in Game of Thrones) provides a bit of comic relief in a buddy flick kind of way. Veteran Willem Dafoe shows up to listlessly plod through the plot and collect a paycheque. Thankfully, there is admirable acting courtesy of Andy Lau and actress Jing Tian, who proves to be quite the ferocious female.

The flick received early bad press with claims of cast whitewashing in an essentially Asian movie and ‘great white hope’ controversy splashed all over various headlines, forcing Damon to go on the defensive. In fairness, having sat through this mess, that doesn’t seem to be the case.

In fact, his character learns an important lesson in honour and selfless nobility thanks to his unlikely foreign allies. The message about man’s insatiable quest for power and violence gets pretty heavy-handed at times though. And the bottom line still stands: if you want box office returns in North America, you’re most likely going to need a household Hollywood name.

The Great Wall was directed, with distinction, by Yimou Zhang. His previous credits include House of Flying Daggers and Hero. Taking a page from his notable playbook, along with cinematographers Stuart Dryburgh and Xiaoding Zhao, the filmmaker does bring some signature flair to the aesthetics. The army’s colour-coded ranks admittedly provide a rich visual tapestry bizarrely reminiscent of Akira Kurosawa’s feudal Japan epic, Ran.

Even my inner nerd was somewhat intrigued (at first) by the monster design and alien anatomy of the dinosaurian foes. While there was some thought put into the CGI creatures’ biology and hierarchy, these elements were not fully explored enough to be satisfying. The unconvincing visual effects are soaked in artifice, lacking any sense of tactile imagery. 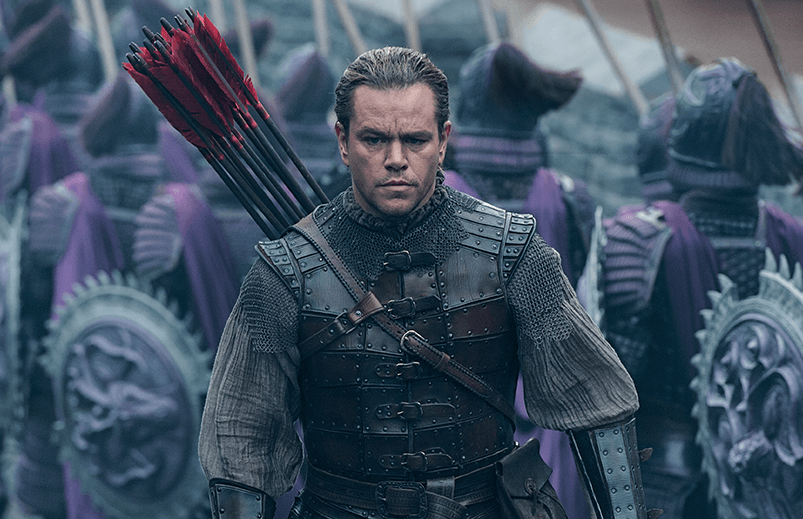 Fleeting moments of redemption aside, the movie is an exercise in futility. Not wacky enough for pure escapism and too solemn in its allegorical mythology, The Great Wall stumbles out of the gate and never recovers. The cringe-worthy script and paper-thin characters only amount to facepalm-inducing embarrassment and unintentional laughs.

Sadly, it’s Damon who fares the worst here. The generally dynamic actor – usually a commanding presence on screen – is relegated to horribly hackneyed dialogue and coasts through the entire film wearing a vacant expression; it’s the very definition of phoning it in.

If you’re looking to check your brain at the door and endure an occasionally fun fantasy romp, The Great Wall may be worth your time. The rest of us will be wondering what went wrong with this utter debacle.

This piece of cinematic trash barely deserves 1 out of 5.

The Great Wall plays at a theatre near you, is rated PG-13, and is 103 minutes long.