The Good Dinosaur was almost creatively extinct, but Pixar was able to keep their project alive and created a good film.

Disney/Pixar has had its fair share of family classics over the years, and with that kind of currency they can be forgiven for Cars 2. 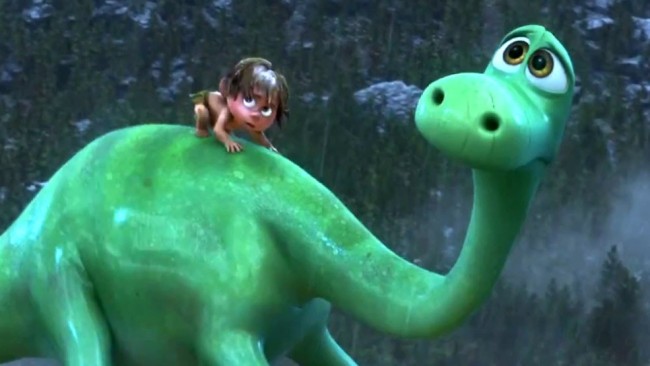 For all the production turmoil that surrounded The Good Dinosaur, and the fact that it has to follow one of the greatest Pixar films of all time, Inside Out, you can understand why some people have wondered if this would be the studio’s first real flop.

I will immediately put all that speculation to bed. The Good Dinosaur, which opens just before American Thanksgiving, stands alone as a solid film that’s perfect for a family movie date.

It’s true; the film went through some notable changes. The release date was pushed back 18 months, the original director Bob Peterson was let go, and almost the entire cast was replaced. But give credit where credit is due, Pixar never gave up on the project. If anything, The Good Dinosaur is the most beautiful film that this studio has ever made, and that’s saying a lot. 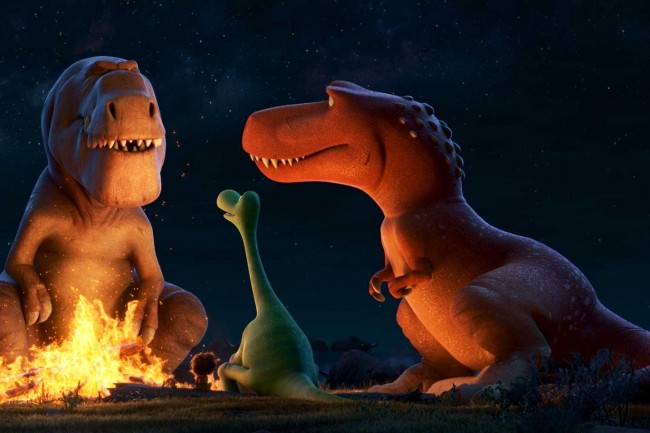 The story takes place in an alternate world where dinosaurs never became extinct. We are introduced to a young Apatosaurus named Arlo who is born to a loving father and mother. Along with his sister and brother, he works on the farm, growing crops.

When something keeps breaking into their silo and eating the corn, Arlo’s father sets a trap and catches a dog-like little boy.

Arlo is tasked with getting rid of the boy, but when the boy gets away, Arlo chases him and they both wind up lost. Afraid, Arlo and the little boy creature, whom he names Spot, team up to find their way home. 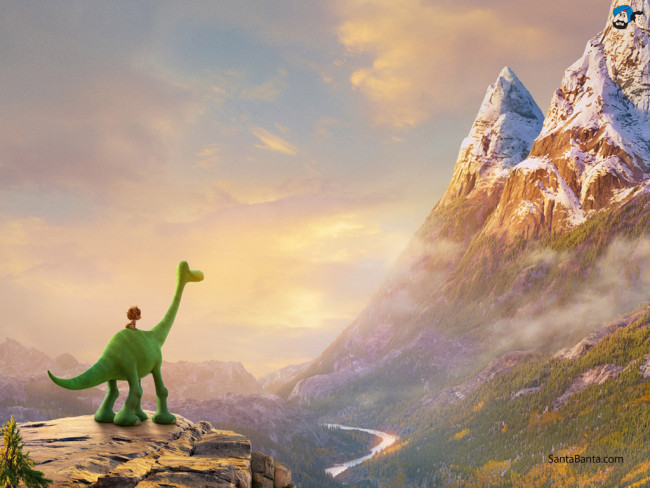 Even if everything in this movie plays out rather predictably, the kids will be sucked in for the ride. Most children will always have time for stories about dinosaurs and it’s nice to see the beasts being resurrected for the big screen in a way that they’re not gnawing on some tourist’s head. 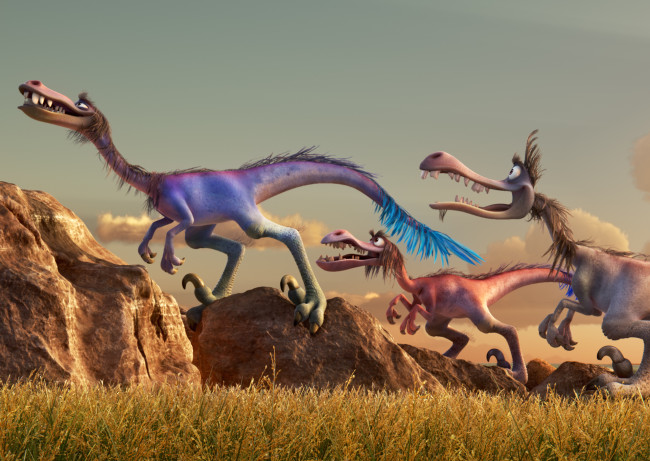 The characters deliberately have a very stylized cartoon’ish look to them. Director Peter Sohn, who has been with Pixar for years and was actually the inspiration for the Russell in UP, did a terrific job of blending those cartoon-like dinosaurs into the tactile natural world of the story. Some of the characters are definitely cute, almost too cute, with their big eyes.

However, the cuteness and fantastic settings don’t make up for the fact that the overall story is a bit weak. They also went above and beyond to try and produce tears. All they were missing were big signs that say “cry here.” But it’s really hard to be overly critical of a story intended for younger audiences.

Cinema Factoid: The original cast was originally John Lithgow, Judy Greer, Bill Hader, Neil Patrick Harris, and Lucas Neff, but they were replaced following major story changes. The only original cast member to still be a part of the film is Frances McDormand. 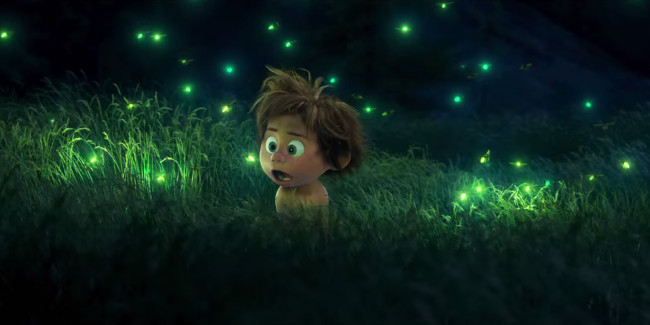 There are a couple of excellent trailers before the film that will have kids excited. Also as per usual, The Good Dinosaur is preceded by a short film, this one called Sanjay’s Super Team. I would say that this is one of the best shorts Pixar has done in a while, much better than the animated short Lava which has a song that is still on steady rotation at Starbucks. The short was directed by Sanjay Patel and I really hope he gets the directing reigns of a future Pixar film.

This story is not as complicated or as grown up as Inside Out and you don’t need a PHD in psychology to understand it. It will probably end up being a part of your kid’s film collection, and as cute as it is now, two years from now parents will be tired of having to watch it on repeat. But overall The Good Dinosaur is meant for kids and kids at heart. There are some funny moments matched with a nice touch of heart that will have children of all ages smiling.

Go and see this at the theatre in 3D because it’s visually stunning. The Good Dinosaur gets a solid 3.5 raindrops out of 5 from me. Not as good as Inside Out and previous Pixar films, but definitely worth seeing. Go and check it out.

This film is rated PG and opens today, November 25.