Just because a book is a New York Times Best Seller, doesn’t mean it translates well to the screen, and The Girl on the Train is a perfect example of that.

Directed by Tate Taylor (The Help) The Girl on the Train is based on the novel by Paula Hawkins, which from all accounts is an excellent and engaging page-turner. 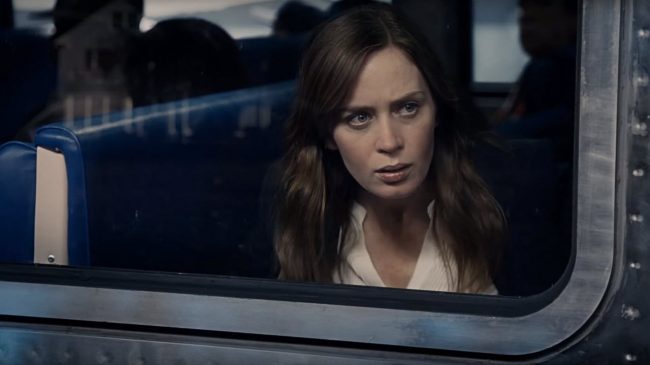 The story is about a damaged woman named Rachel (Emily Blunt) who every day hops on a New York commuter train and fantasizes about the affluent couples she observes through the window.

One couple, Scott (Luke Evans) and Megan (Haley Bennett), who Rachel makes up some romance story for in her mind, seem to be perfect. However, just a few doors down live her ex-husband Tom (Justin Theroux) and his new wife Anna (Rebecca Ferguson), formerly Tom’s mistress. It’s an awkward scenario and pretty soon we realize that Rachel is a bit of a stalker. 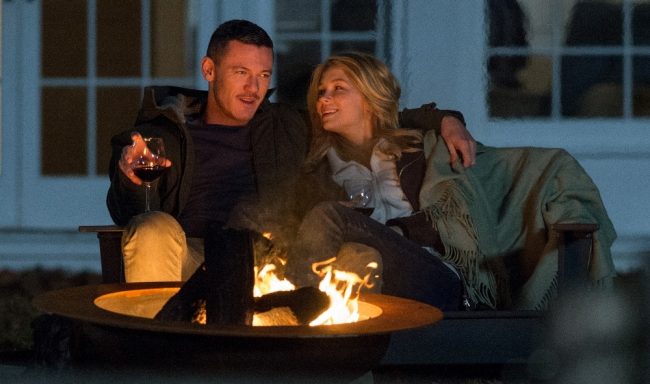 One day Rachel’s perfect couple fantasy is shattered when she sees Megan with another man on the patio. That triggers some rage inside of Rachel and her already tragic life spirals even more out of control. Her curiosity and anger end up entangling her in a murder investigation, and through that, she has to deal with the personal demons of her past.

What makes this story perfect for a book is that there are multiple narrators and the narrative jumps back and forth in time as it slowly unravels a mystery. That kind of structure works well in a novel because readers can refer back to previous pages if confusion sets in. Not only that, like most novels, characters are explored far more deeply and so you become emotionally invested in their journey.

However when you translate that to the big screen you end up with a lot of interesting characters who just aren’t fully explored in a two hour running time. As a result the characters are left with no depth, and come off as stereotypical cardboard cut outs rather than their fully fleshed out counterparts from the novel. 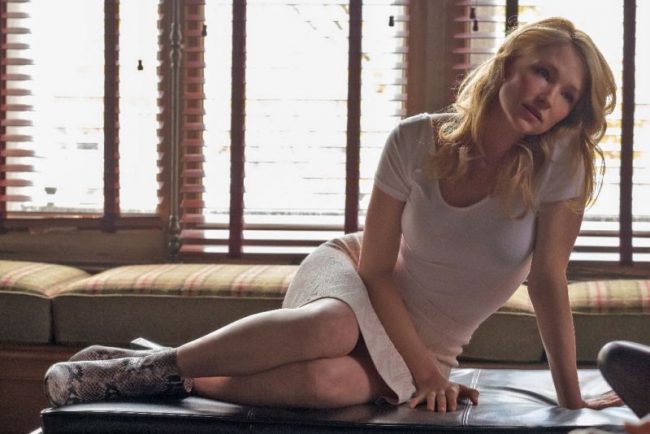 Like the characters this on screen adaptation is also far more predictable than it’s on paper counterpart. The story becomes a murder investigation, and without giving anything away, most people will call the big twist 30 minutes into the action. Maybe it was less obvious in the book, but the movie pretty much puts up a big neon sign saying: “The butler did it!”

There also needs to be some believability or sense of realism, which is sadly absent here. I couldn’t help but scratch my head at the shoddy police work in the murder investigation and the idea that a crazy person like Rachel could just walk around her ex-husband’s home every day without some sort of restraining order? Also, why does everything play out conveniently on Scott and Megan’s balcony just as a train rolls by? Oh and hello, there is a commuter train that passes through your backyard every day, maybe close the curtains. 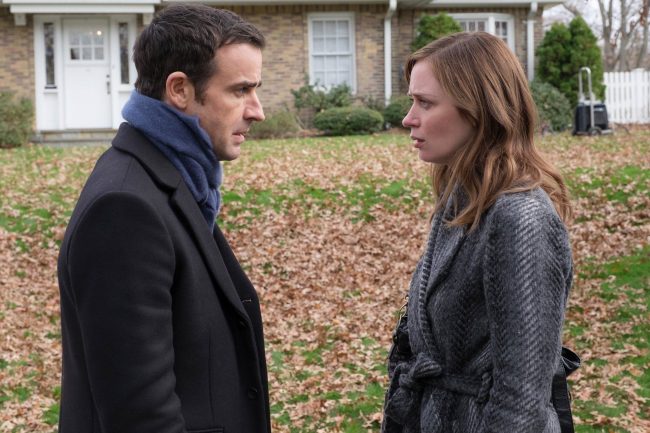 Look, this film isn’t terrible, and for those of you who have read the book I’m sure you’ll go and see it and I don’t blame you. The trailers play it like it’s another Gone Girl type mystery and it definitely had the potential to give us that kind of intrigue, but it just doesn’t get there.

The book’s core virtues and ideas just don’t translate well to the screen. There is far more to this story within Paula Hawkins’ pages that should be explored, so before you go and see this film, I recommend picking up the book.

I can only give this 2.5 out of 5 popcorn pieces, two of which I pulled from between my teeth.

The Girl on the Train is Rated R and 112 minutes