The Founder is a bunch of Kroc! Mac and Dick McDonald were the true founders of the golden arches. 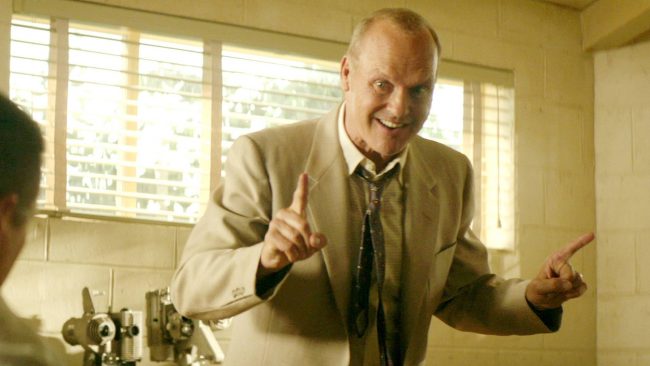 If you wanted to know the history behind that cheap cheeseburger you throw in your mouth, director John Lee Hancock (Saving Mr. Banks) tells a true story about how two brothers in San Bernardino California revolutionized how we eat burgers. Oh, and how a devious, cunning and opportunistic snake named Ray Kroc (Michael Keaton) stole it from them.

This film couldn’t have come at a better time. In case you needed a reminder of the power of greed, The Founder serves it up hot with a side of fries. The film stars Michael Keaton, Laura Dern, Linda Cardellini, Nick Offerman, Patrick Wilson and John Carroll Lynch.

The story begins in 1954 where Kroc is on the road selling milkshake mixers. After what he perceives as a mistake in an order, Kroc stumbles upon Mac and Dick’s hamburger stand. There, they are serving hot burgers and fries in thirty seconds thanks in large part to their customized speedy system. 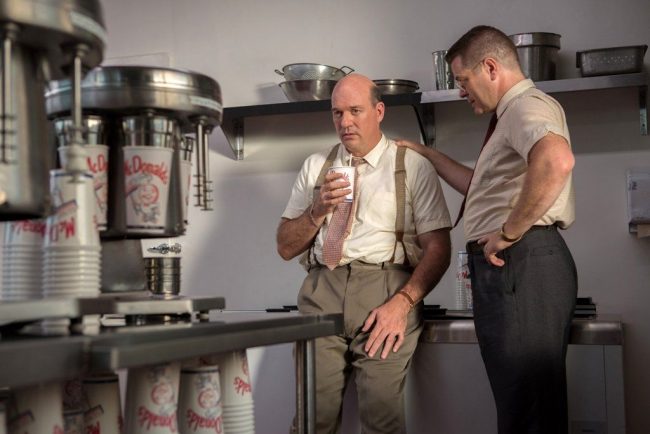 The McDonald brothers were geniuses in how they devised the perfect no frills restaurant. Ray Kroc saw the potential and smelled more than just salty fries, he smelled money. After convincing the brothers to allow him to franchise their establishment, they let the wolf into the henhouse and fast food nation was born.

Kudos goes to Nick Offerman and John Carroll Lynch and their portrayal of the McDonald brothers. They bring sincerity and naivety to the roles and you can’t help but feel bad for how easily the brothers were played.

Kroc took their idea and started rapidly expanding the golden arches throughout the Midwest. At this point in the film, he is still a sympathetic character. Keaton plays him as a guy who has a vision and isn’t afraid of hard work and a little elbow grease. No matter what you think of the food, you’re kind of rooting for him. He’s someone who sees the bigger picture even if Mac and Dick aren’t necessarily along for the ride.

As Kroc’s vision becomes reality the hero flips and the greed sets in. If you don’t know the true story behind McD’s than you will be swept up in Kroc’s charm and fast talk, but Keaton does such a masterful job of showing two sides of the salesman who lost his soul. 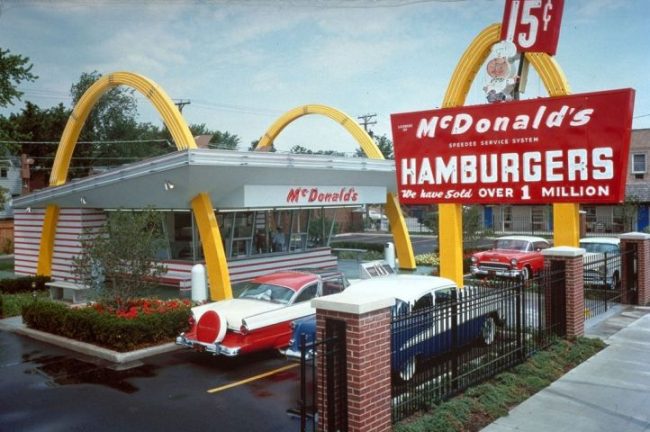 This is a fairly paint by the numbers biopic. It tells a pretty straightforward story that borders on made-for-television-movie. What’s good about that approach is that it’s like fast food; it’s quick and to the point without a lot of clutter.

But I feel Hancock could have explored so much more or dug deeper like how McDonald’s was ultimately responsible for the fast food trend in America.

It’s Keaton’s performance that really makes this film buzz. Essentially this is a one man show with Keaton giving a tour-de-force turn that could get him another Oscar nod. Sadly however, it seems the rest of the supporting cast was only there to play off of him. This should have been more of an ensemble film and if there was anything to really criticize it was the lack of depth for some of the supporting players.

What also keeps The Founder from floundering is the many scenes of how McDonald’s came into being. How McDonald’s went from a small mom & pop hamburger joint and magically transformed into a massive global force is something to behold. It’s a business case study on the big screen and it’s just so damn interesting even if it is punctuated with mistrust and poor business ethics. 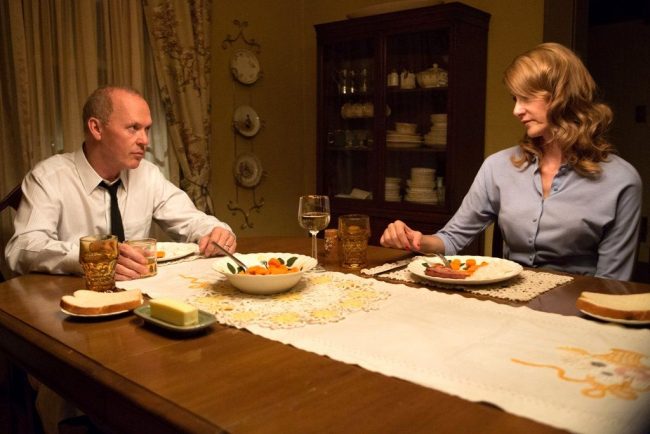 What this film shows is the beginning of the modern day businessman that we have come all too accustomed to. Ray Kroc was the role model for slimy executives. It’s a story about a successful man who did nothing on his own and simply succeeded off of the backs of other people. It’s a distortion of the American dream.

I give The Founder 4 out of 5 salty, deep fried and greasy, pieces of popcorn.

This film is playing at a theatre near you. It’s rated PG and is 116 minutes.